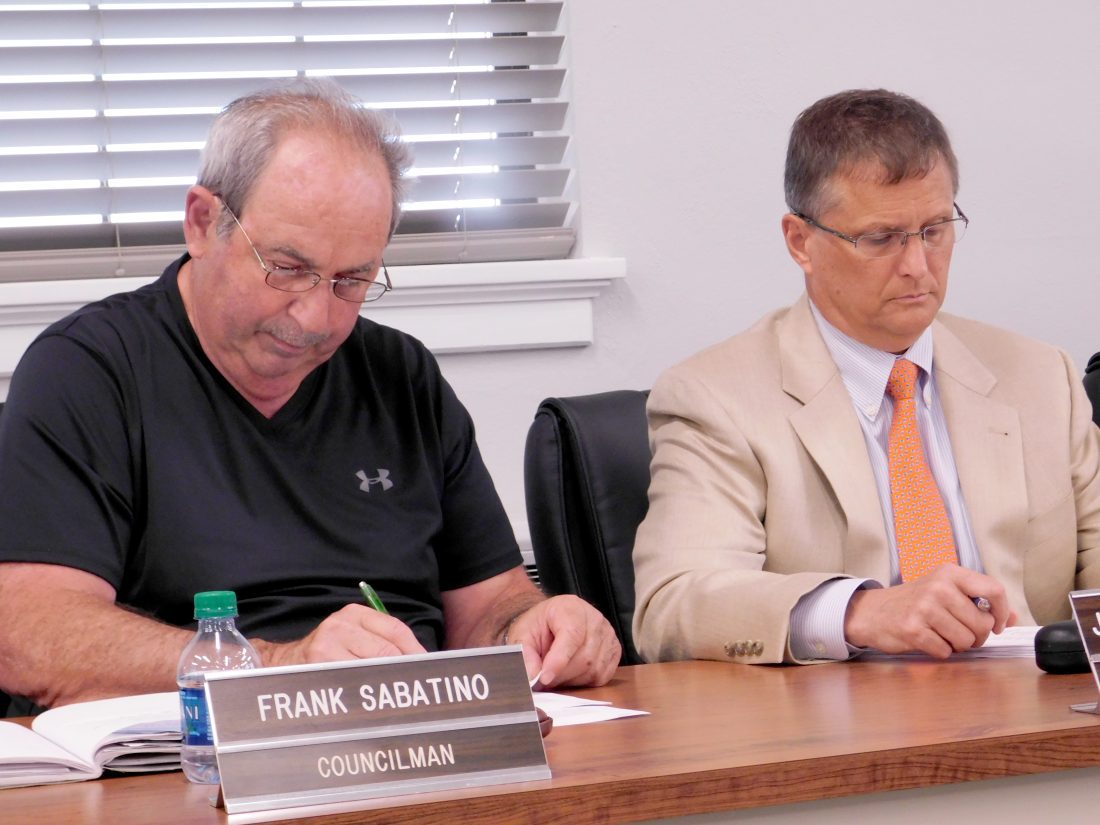 ST. CLAIRSVILLE — The city has a new head of the recreation department and is making progress on exploring water privatization.

On Monday, Safety and Service Director Jim Zucal notified the council that Lindsay Piccolini has resigned as director of the recreation center as of Monday.

“We wish Lindsay well. She’s served the city for about three and a half years,” Zucal said.

Zucal said Sean Hanley has been promoted to the directorship, while Olivia Ooten has been named to Hanley’s prior position as program director.

In answer to questions from Oprisch, Zucal said Piccolini has taken a new position working for the federal government and will be working in Wheeling. He said she had given notice of 10 days.

“I’m sure it was a tough decision for her, but she felt that it would be not as demanding on her physically. She has shared with us that she has some health issues,” Zucal said.

Regarding the ongoing debate on water privatization, Zucal also presented a requested packet of information dating back to 1984 and including reports from engineers and chemists who have analyzed the city’s water and sewer system.

The council is contemplating selling the water and wastewater system to a private entity. Brooks, who has voiced opposition to this option, said he will look into the information provided, but added afterward that he has also asked the city to provide information on efforts to seek grant assistance.

“He’s given me paperwork saying they’ve monitored the water since 1984,” Brooks said. “I want to know who he’s asked for help.”

Brooks added that he intends to run for mayor this coming November on a platform of transparency and lower taxes.

Afterward, Zucal said financial assistance is not an option, given factors such as the state of the aging infrastructure and the city’s debt.

“There’s nothing to give him,” Zucal said. “He wants to know who I’ve applied with. Then again: we’re not eligible. … We’re not eligible for grants and loans because we don’t meet the formula based on our median household income.”

In other matters, the council also motioned to increase a prior approved expenditure of up to $150,000 for street paving, to be increased to $200,000 and to award the bid to Shelly & Sands. Zucal said the scope of the work remained unchanged, but the costs of fuel and materials has increased. Zucal added that a comparable amount was approved for paving last year.

Mayor Terry Pugh announced that two new flag poles have been placed by the welcome sign at the east end of town for the state and prisoners of war flags.

Also, Zucal suggested the city look into the possibility of an ordinance forbidding cutting grass and plowing snow into the streets.

“It clogs our catch basins. When we have heavy rains, there’s flooding and we can have accidents because of hydroplaning,” Zucal said.

Law Director Richard Myser said he would look into the matter and determine if there were already ordinances forbidding mowing grass clippings into the street.

The council also reminds residents that burning within the city limit is solely for cooking, not debris.

A safety meeting was also set for 9 a.m. May 30 at the city garage.