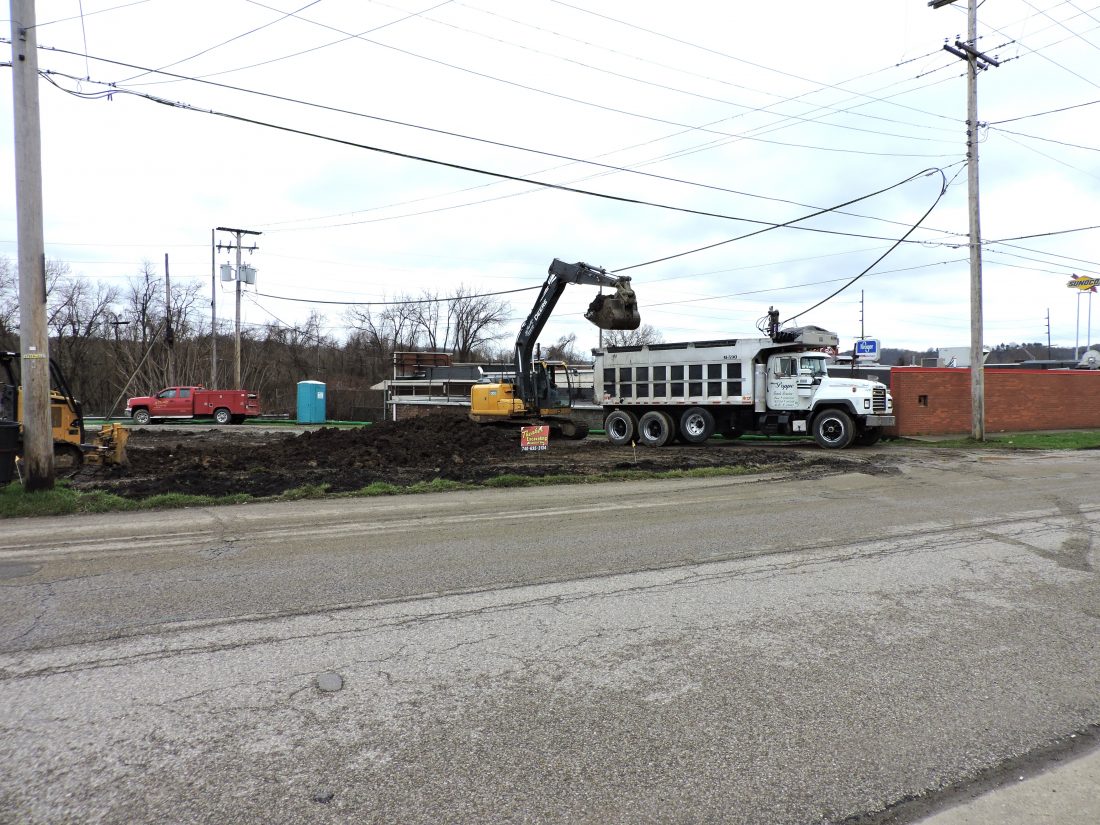 MARTINS FERRY — Preparation of the land where a new Dollar General store will be constructed in Martins Ferry is underway.

Workers could be seen at the site — located on Broadway Street near the Starfire gas station and adjacent to the Kroger shopping area — on Wednesday grading and preparing the land with a backhoe and dump truck.

Mayor John Davies said he received a call from the contractor doing the earth work, who wanted to know if they could use an alleyway and a spot to store materials.

“It’s going to be a good thing for the city,” Davies said Wednesday.

Davies said he believes building construction is considered essential businesses and is exempt from the stay-at-home order Gov. Mike DeWine issued in Ohio because of the global coronavirus pandemic.

However, he noted it would be up to the company to make that determination, not the city of Martins Ferry.

Davies said at the site Wednesday there appeared to only be three people working: two equipment operators and a superintendent.

Davies said he did not know what the future holds for the building where the existing Dollar General shop is situated on Fourth Street in the downtown business district.

“I haven’t talked to the owner of the building. I’m not sure what they’re doing or if they have a plan,” he said.

The city is expected to also become home to another store, Dollar Tree, sometime this year. Davies said the company is in the process of getting a city license before work begins in earnest. Some heavy equipment has been moved to that location, situated along Zane Highway near the City Park.

The lot where Dollar Tree will be built was once home to the Bauer Ford car dealership several years ago.