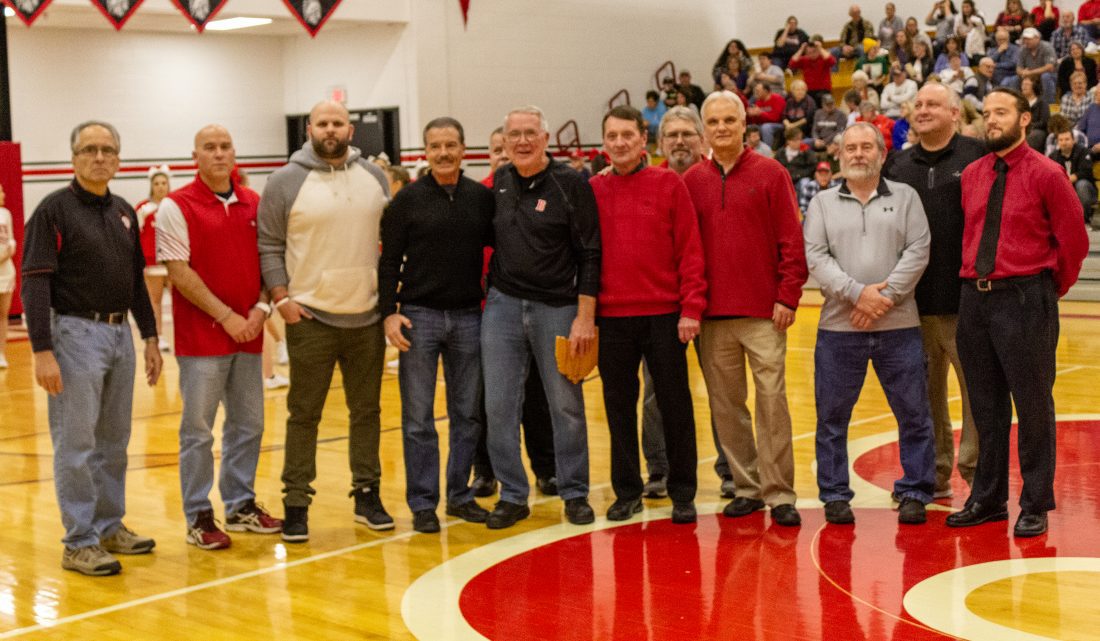 TOM RATAICZAK (center with plaque) was honored prior to the Bellaire basketball game against Union Local earlier this month for achieving his 2000th consecutive game as the scorekeeper for the Big Reds’ basketball team. His career spans 50 years. He was joined by former and current Bellaire coaches as well as Touchdown Club members.

BELLAIRE — There are some highly impressive — actually mindboggling — streaks in sports.

Now, the name Tom Rataiczak can be added to the list.

Rataiczak has been at the table for every Bellaire basketball game — varsity and jayvee — for the last 50 years.

“I have trouble wrapping my head around it at times,” Rataiczak said. “It simply blows my mind when you think about 2,000 games.”

Rataiczak was honored prior to the game with a ceremony, presented a plaque and received a new desk chair that would be strictly his to use during Big Reds home games.

“I had no clue that (ceremony) was going to occur,” Rataiczak admitted. “I walked into the gym and was walking with Mike Sherwood and Kevin Schmidli, laid my bag on the table and realized I had a new chair, which I was very excited about.”

More, however, was on the horizon. Just before tipoff, Schmidli took the mic and began speaking when Rataiczak peaked out of the corner of his eye and noticed some friendly faces, including Terry Snively, the man who had first approached Rataiczak to keep the book, former Bellaire assistant coaches Kim Clifford and Jeff Sabatino.

“Terry and I taught together and one day he asked me if I’d keep the book and I told him, ‘I’ve never done that nor do I have a clue how to even fill it out,'” Rataiczak recalled.

That didn’t matter to Snively.

“He asked me and I said, ‘sure! What the heck!” Rataiczak explained. “I had no clue, at that point, where it would end up 50 years later.”

Since that season, Rataiczak has seen the ultimate highs of Big Reds basketball, including the 2004 state tournament appearance, the struggles of the program and everything in between. He’s logged the official points for all of the school’s male 1,000-point scorers other than three — Sherwood, Lee Patrone and John Wilkes.

“A lot of the games run together, but I remember a lot of the games for a play here or a play there,” Rataiczak confirmed. “I remember things like Jeff Frey D’ing up a guy and sliding across the floor, on his knees, in the 80s, or taking to Aaron Agnew in Athens after the (regional championship) game was over. Things like that. It’s honestly like a blur. There are so many games, names and players.”

Along with Snively, Rataiczak kept the book for four other head coaches, including the late Mark Matz, Gene Ammirante, J.R. Battista, Ben Doyle and Battista is now back for his second tenure.

It wasn’t until Matz and Ammirante, who was his chief assistant at the time, approached Rataiczak during a meeting at his home that he knew he’d remain involved once Snively stepped away.

“I remember Mark and Gene coming out and introducing themselves and telling me they wanted me to continue, and I thought, ‘Wow! This is pretty cool. The new coach wants me to stay.,” Rataiczak recalled.

It was during that meeting when Rataiczak took on even more. With Matz’s encouragement, Rataiczak began compiling and keeping all of the stats, too.

“There were times when I was asking myself, ‘what the heck did I get myself into?” Rataiczak said. “But, I looked at it more like a challenge than anything else.”

Though Snively is the one who formally got Rataiczak involved, he credits Matz for fully “kickstarting” the passion.

As special as the evening way for Rataiczak, he admitted that he wished Matz could have been there to be a part of it, too.

“He challenged me to keep doing this and doing that,” Rataiczak said of Matz. “He encouraged me to seek a copyright on my scorebook, which I’ve now done three copyrights on.”

On top of his boys basketball duties, Rataiczak was the official scorekeeper for the Lady Reds program for five or six years during the 80s. By the way, he never missed a game for them either.

Even as much as he came to enjoy every aspect of keeping the scorebook and stats, doing 2,000 consecutive games and 50 years is simply hard to fathom.

During that 50 years, one would think something like an illness, another commitment or even an unforseen circumstance would pop along the way. The latter two reasons would seem especially true when you consider Rataiczak just recently stepped away from a better than two-decade tenure as the OVAC’s Executive Secretary and spent the last few years as a member of the Bellaire Board of Education.

Actually, Rataiczak told the OVAC Executive Board at the time he accepted his position that basketball was taking priority to OVAC events.

“You hit December and your family life is basically gone for three months,” Rataiczak said. “I told the OVAC I was committed to the (basketball) program since the 70s and they needed to understand that when we hit winter, I was going to the basketball game.”

Speaking of family, Rataiczak expressed his deepest appreciation that his wife, Linda, and children, Sheri and Terry, were always supportive. All three were on hand for the ceremony.

As it turns out, if there was any thing that kept Rataiczak away from the table during the last 50 years, it would have been an illness.

“I was thinking back to the mid 70s, when I lived above the Rose Hill school and I’d walk down to the gym because it was simpler,” Rataiczak recalled. “There were a couple of times walking down there that I was just miserable sick. But, I knew I had to go (to the game. I had a job to do and I was committed to it.”

If thinking about it in terms of games and years wasn’t enough, Sherwood, who is the current Bellaire Athletics Director, put the 2,000 consecutive games into a different perspective for Rataiczak.

“Mike pointed out that I’ve been sitting at that table for basically 1,000 nights, which is like three years of sitting there,” Rataiczak said. “It’s still hard to comprehend at times.”

Unfortunately, all of those aforementioned streaks ended sooner than later. And Rataiczak realizes his, too, will end. But, when? He has no idea.

“I do know I won’t get to 2,600 like Cal Ripken, but right now, I have no intention of quitting,” Rataiczak said. “I still feel like, when I walk into the gym, and it’s not ego, that I am good at what I do. I am still enjoying it and as long as my health is good and I’m not at the point where I am asking more questions than solving at the table, I’ll keep doing it. If I get to the point where I can’t keep up, I am closing the book and walking out the door.”

Right now, the streak sits at 2,004 and let’s hope the number continues to grow for many years to come. 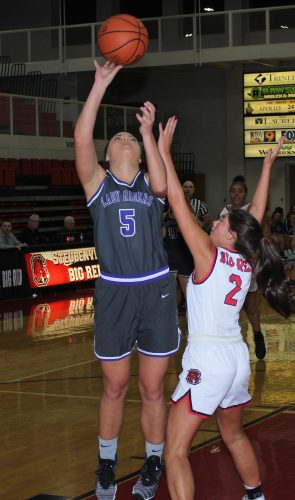 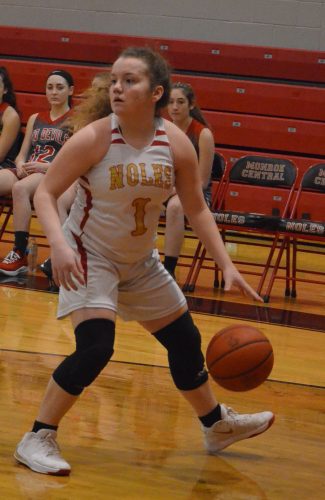 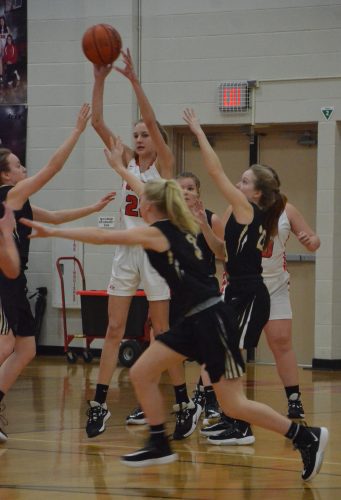 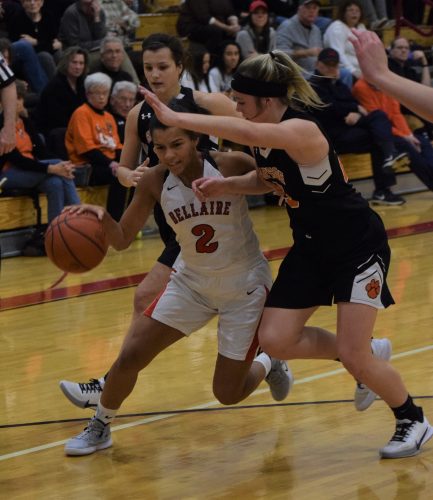