Saltwater injection wells may be coming to Belmont County near St. Clairsville 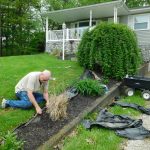 T-L Photo/ROBERT A. DEFRANK Gary Thompson of Airport Road has concerns about a possible saltwater injector well that may be coming to the U.S. 40/Ohio 331 intersection. 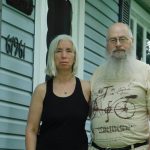 T-L Photos/ROBERT A. DEFRANK Jeff and Judy Burger of Pickering Road and other property owners have concerns that a a possible saltwater injector well that may be coming to the U.S. 40/Ohio 331 intersection might mean unwelcome increased traffic, noise and pollution. They are reaching out to government agencies and elected officials. 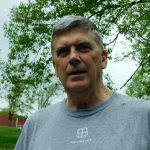 Right, Ed Mowrer of Airport Road said injector wells are a necessary component of the fracking industry, but questions a well’s placement. 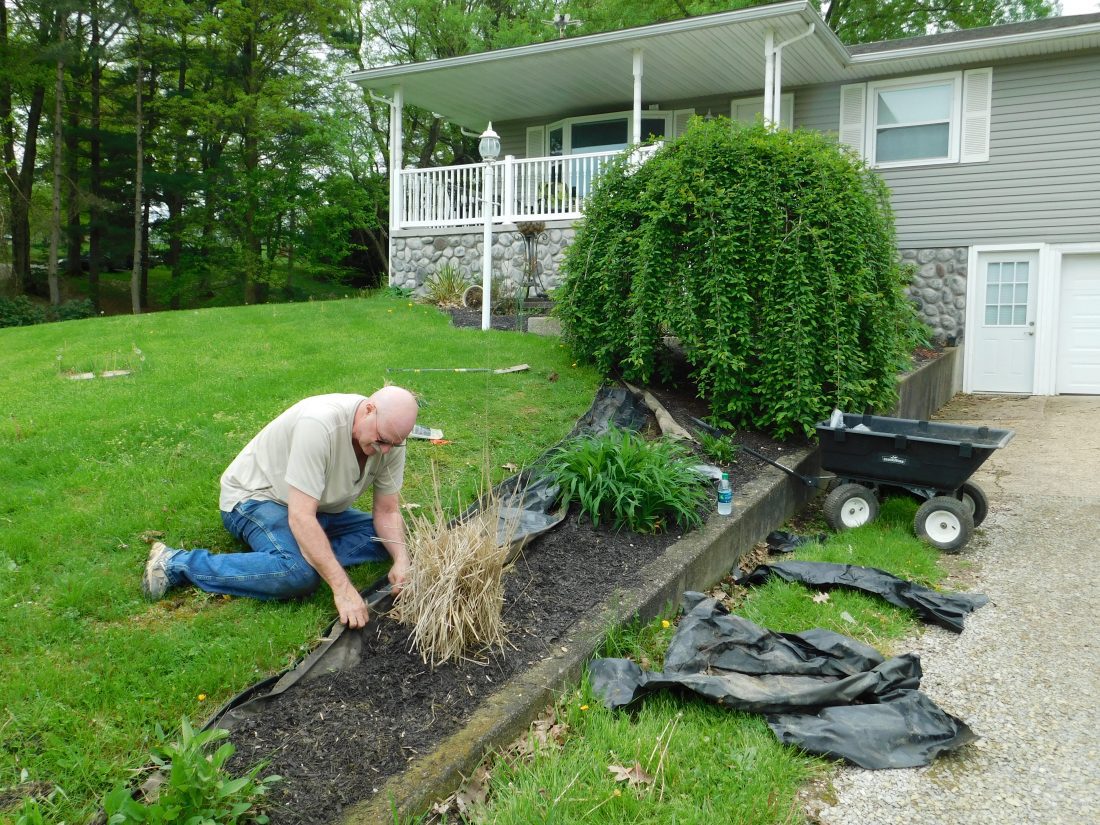 T-L Photo/ROBERT A. DEFRANK Gary Thompson of Airport Road has concerns about a possible saltwater injector well that may be coming to the U.S. 40/Ohio 331 intersection.

ST. CLAIRSVILLE — Residents near the intersection of U.S. 40 and Ohio 331 have learned that a pair of saltwater injection wells to hold fracking waste may be coming to the site.

Property owners within 500 feet of the proposed site received notification in early April from Gerard Russomagno, CEO of the Omni Energy Group LLC out of New Jersey, informing them that the application has been filed with the Ohio Department of Natural Resources.

“Our permit’s filed with them, with traffic patterns. Actually our traffic will be much less than (what people believe),” Russomagno said last week, adding that there will not be thousands of trucks on the route daily. “I can’t take more than I can put underground. Our maximum perceived capacity now, until we drill and find out, is coming at somewhere between six and eight trucks per hour.”

He added that the area is zoned as commercial/industrial.

“This is not a temporary facility,” he said. “We’re going to be here for quite some time. It is not in our best interest not to be the best neighbor and best part of the community we can be. I understand there’s some homeowners, and they own homes in an industrial/commercial zone. At some point whether it’s me or something else, there’s going to be some risk of some commercial industrial operation that has the right to operate on that property.” 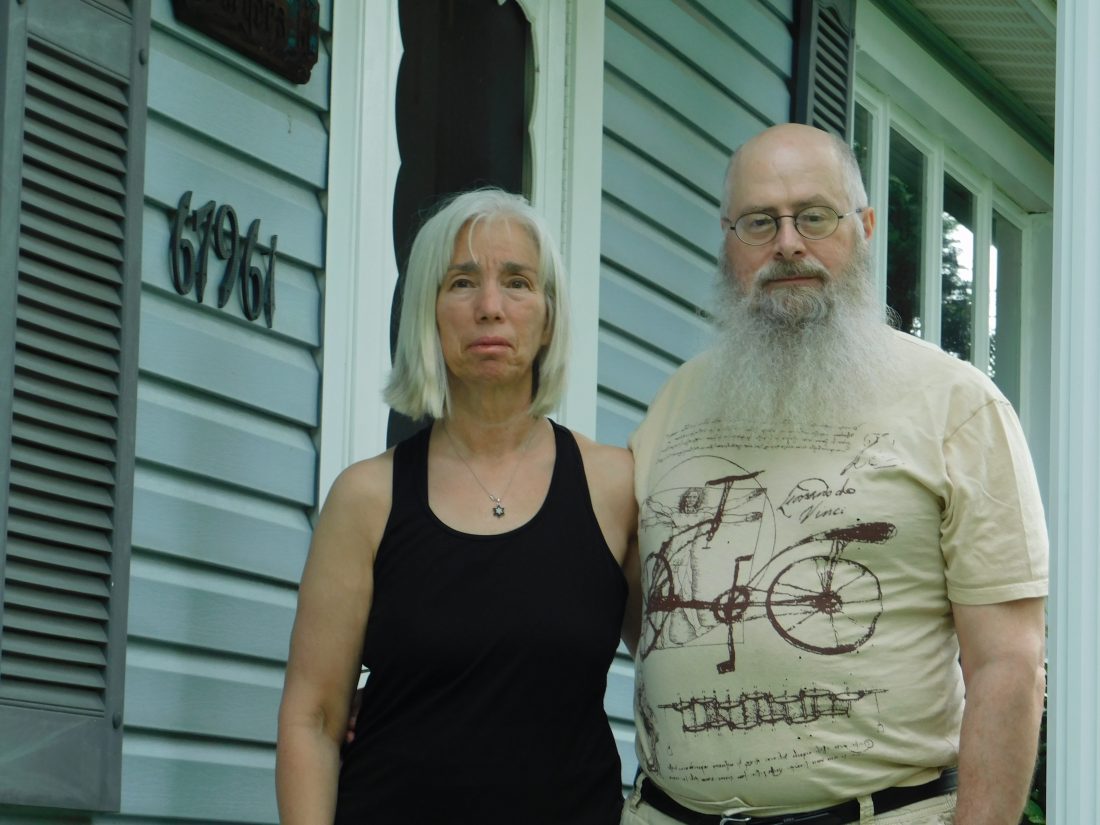 T-L Photos/ROBERT A. DEFRANK Jeff and Judy Burger of Pickering Road and other property owners have concerns that a a possible saltwater injector well that may be coming to the U.S. 40/Ohio 331 intersection might mean unwelcome increased traffic, noise and pollution. They are reaching out to government agencies and elected officials.

He said developing the property should be completed quickly should the permit be approved.

“That part of the process we’re expecting to only take about 30 days in total,” he said, adding that the total property is a little less than seven acres and would hold two injector wells.

“We will be accessing the property primarily from Pickering Road. The trucks will be exiting onto Route 30 where they can make only a right turn.”

Adam Schroeder, public information officer for ODNR, said last week that the permitting process is under review. He could not speculate on a timeline.

“Unfortunately, there is no ‘normal’ for this type of thing. We diligently review every application. Some are able to go through very quickly,” he said, adding that Ohio has a primacy agreement with the US EPA dating from 1984, granting primacy of regulatory oversight over underground injections. 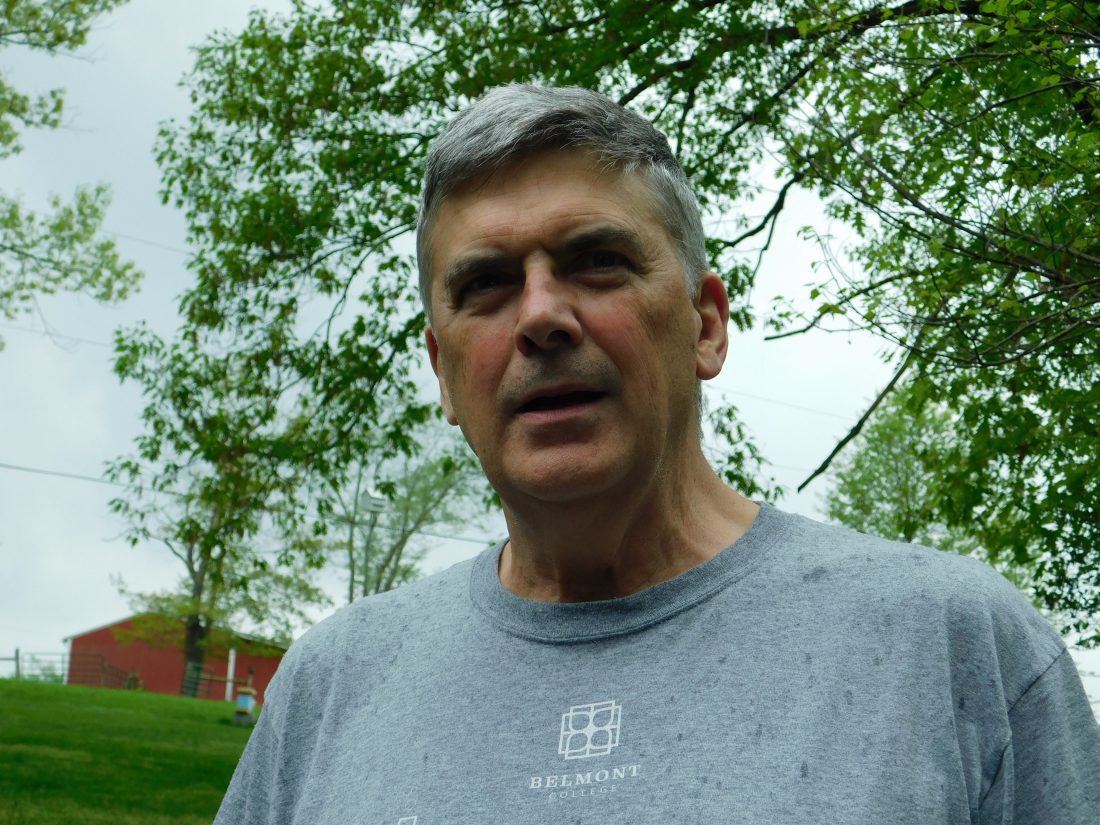 Right, Ed Mowrer of Airport Road said injector wells are a necessary component of the fracking industry, but questions a well’s placement.

“Ohio continuously meets or exceeds federal regulations for underground injection control,” he said, adding that should the application go through, Omni Resources runs a public notice for five consecutive days, then a public comment period after that where ODNR accepts written comments for or against the proposed wells.

Jeff and Judy Burger have resided at 67961 Pickering Road for 25 years and Ann Rattine has lived at 67978 Pickering Road for 45 years. They heard the news in early April and have since written to the ODNR, U.S. Sen. Rob Portman, R-Ohio, and others in opposition.

In her letters, Judy Burger expresses concerns about noise and increased truck traffic, as well as fears of ground and air pollution. She also noted a series of quakes in the Youngstown that may have been linked to injector well activity.

According to information from ODNR, evidence gathered by ODNR regulators and geologists suggests that fluid from a deeply drilled injection well intersected an unmapped fault in a near-failure state of stress.

“We’re totally against it, 100 percent,” Jeff Burger said, voicing concerns about smells and traffic. “Where is all these saltwater and chemicals going? Is it going into old coal mines? … We’re concerned if we ever sell our property, the property value could go down.”

They say there are about a dozen homes and small businesses in the area, and that the majority of residents are older.

Residents of the nearby Airport Road also voiced some concerns.

Ed Mowrer of 67610 Airport Road, is Belmont College’s Energy Institute manager and teaches energy programs, and was a former vice president of distribution operations with American Electric Power. He shared some of his reservations about such a project.

“While I have no problem with the concept of an injection well, I just am concerned about the location that I picked. Rather prime piece of property right off the interstate. I think it would be much better used for a commercial development like a restaurant or something to support the prison and the colleges just seems to be a better use of the property,” he said.

“I certainly support the fact that there has to be injection wells to support the oil and gas industry,” he said, adding that he had heard about the plan.

“I first heard several weeks ago, when I was called by a consulting engineer. That engineer told me I’d be contacted by one of the developers,” he said, adding he had been unable to respond since he has been out of town.

He commented on the local concerns about truck traffic.

“But that’s inevitable with any type of well, but I’m more concerned about the location,” he said.

Mowrer also referenced the Youngstown incidents, but added that he is confident in new regulations and that companies exercise greater care.

“I think that’s pretty well under control. They need to be regulated. They need to be properly engineered. It’s all a part of the overall process of the industry that’s coming to our area,” he said.

Janet and Gary Thompson of 67680 Airport Road are also anxious.

“I don’t know what they’re thinking, trying to put something up there where there’s an interstate,” Gary Thompson said. “Is that the best place they can think of to put that?”

Janet Thompson pointed out the presence of the colleges, the Sargus Juvenile Center, and other businesses nearby, as well as wetlands. Schroeder said ODNR would work with the U.S. Army Corps of Engineers to see the wetlands are undisturbed.