Back to the Future

The new year is almost here! I don’t have any resolutions in mind yet for 2020, though there’s a few I probably should make.

2020 sounds like the distant future to me. Aren’t we supposed to have flying cars and floating houses by now? Something like from the Jetson’s cartoon? I guess we are starting to get there with those self-driving vehicles, though there have been some big and, I think, in at least one occurrence deadly outcomes.

Those cars remind me of the Woody Allen movie “Sleeper.” In that 1973 flick they had self-driving cars and many other gadgets — including robots — that didn’t involve people using their own brains for much.

My favorite part of the movie was when Allen’s character, Miles Monroe, and Diane Keaton’s character, Luna Schlosser, steal giant fruits and vegetables grown in a state-owned garden. Extremely large and tiny things always get me. Don’t ask me why — it’s just easy comedy for my easily amused brain, I guess.

But while we may still be far off from the Jetson’s or Sleeper, I still hear and read about things that sound future-like but that are already here or already happened. The fact that we made it to the moon in 1969 still amazes me, especially when I watch documentaries about it.

Another example: The other day I watched a TV magazine show that featured vegetables grown indoors under LED lights — no sunlight needed! They were grown by a chef who used them in his restaurant.

I guess people have been using artificial lights for years to grow plants, but I think the point was that LED lights made it cheaper to do on a larger scale. It’s a great idea, I think. Meanwhile, I’m still trying to keep my one house plant from folding for good. I’m not sure I could depend on myself to grow enough food for my whole family.

My son Henry and I did grow a tomato plant and a couple cucumbers one summer. We started the plants from seeds and it took a lot of time and care. It gave me a whole new appreciation for the farmer. I think we got two tomatoes and two cucumbers that summer. The cucumbers were pretty good, but the tomatoes — not that great. Maybe we’ll try again this summer, but use starter plants instead of seeds this time. If all else fails Kroger is just a few minutes away.

Jeanne Pyle of Colerain will celebrate her 100th birthday on Aug. 12. 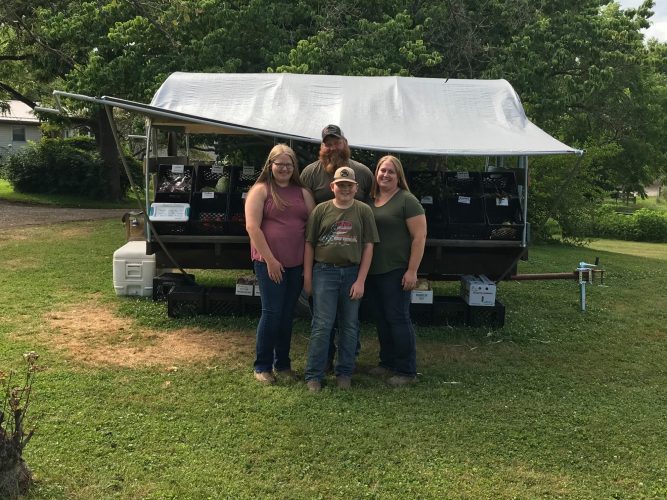 NEW YORK (AP) — Wedding planners, photographers and other bridal vendors who make the magic happen have a heap of ...

VILLAGE OF Brookside will hold its council meeting at 6 p.m. Monday in the second floor Fire Hall of the Municipal ...

We’ve been trying to spruce up the back part of our home’s lot. It was overgrown with weeds and some tree-like ...

Students with disabilities may benefit from summer work experiences