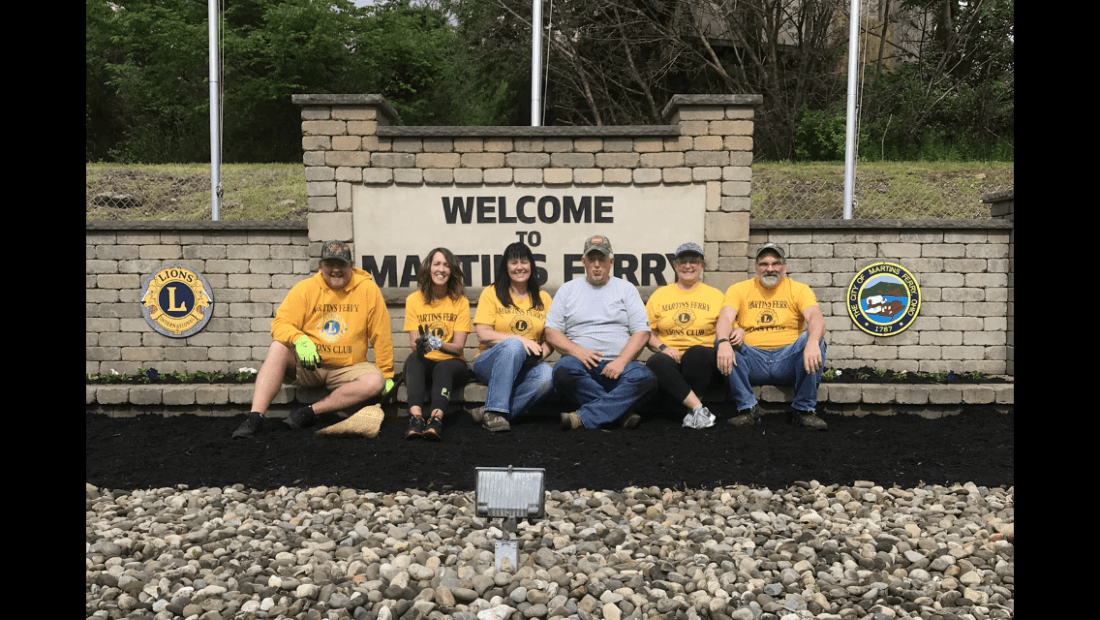 MARTINS FERRY — The city’s downtown is looking more spring-like thanks to new flowers planted by members of the Martins Ferry Lions Club.

The club purchases and plants flowers annually to help beautify the business district. There are a few large concrete planters on street-level corners on Fourth and Fifth streets that are used for the colorful buds.

“We go dig up the old flower beds in town, put new flowers in and mulch them,” said club member Bruce Shrodes.

Shrodes said the flower bed in front of the stone welcome wall also was replanted. The wall was erected by the club a few years ago. It is located at the intersection of Hanover Street and Ohio 7 and is highly visible to traffic.

Shrodes said the club this year ordered its flowers from a sale held by St. Mary’s Church.

“The club is always doing something for the community. Every penny we raise gets put back into the community,” he said.

Jim Howard, who is club president, said planting the flowers helps “brighten up” the city. And this year because of the impact of the global coronavirus pandemic, the project will hopefully provide a sense of community as well, he said.

“This year we weren’t able to do fundraisers because of restrictions, so we wanted to do something to remind people we’re out there. … We’re hoping they don’t cancel Betty Zane Days,” Howard said, noting the club annually sets up its food truck at the August event hosted by the Martins Ferry Volunteer Fire Department.

Howard said the businesses and churches usually water the downtown flowers in the summer, while the club takes care of the wall’s flowers.

Meanwhile, another project the club is hoping to get done is the refinishing and restoration of the city’s other welcome sign. It is made of wood and also notes Martins Ferry is the state’s first settlement.

Shrodes said the sign was taken down because its wooden supports were failing. The restoration work will be conducted by Ferry Hardware and paid for by the Lions Club.

“The supports for it were rotted out. The sign was weather beaten. They will refinish it and put a preservative on it,” he said.