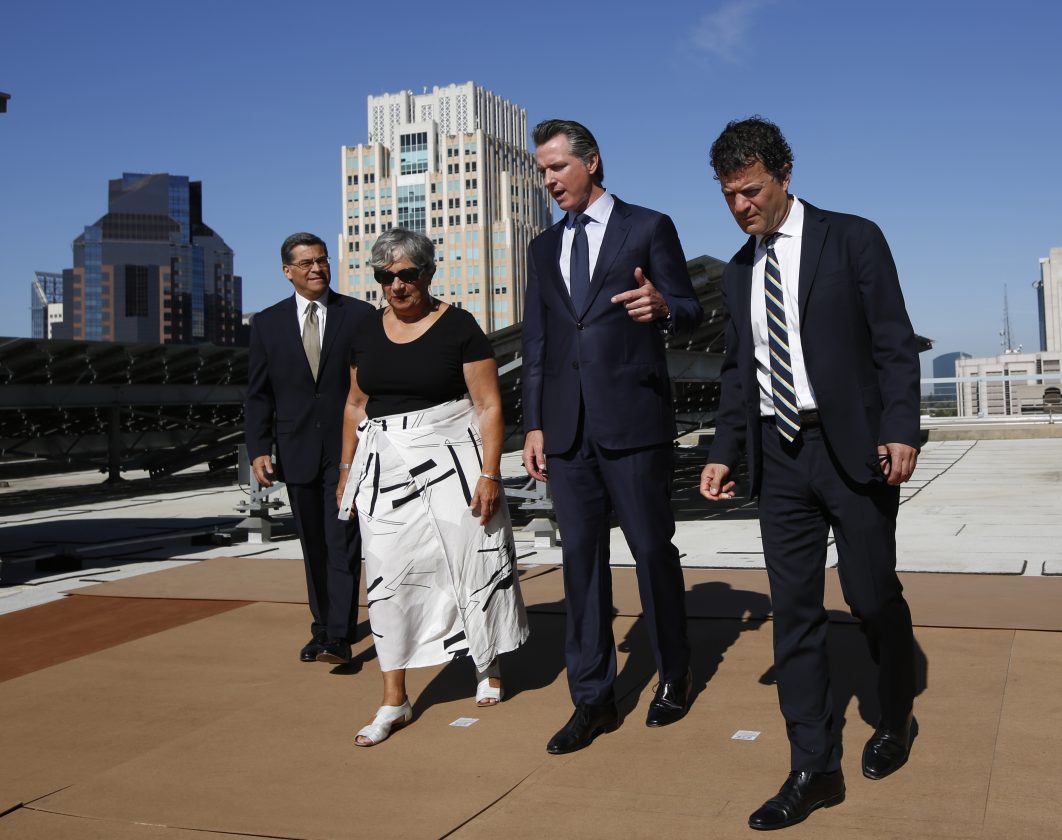 SACRAMENTO, Calif. (AP) — A coalition of 21 Democratic-led states sued the Trump administration Tuesday over its decision to ease restrictions on coal-fired power plants, with California’s governor saying the president is trying to rescue an outdated industry.

In June, the U.S. Environmental Protection Agency eliminated the agency’s Clean Power Plan and replaced it with a new rule that gives states more leeway in deciding upgrades for coal-fired power plants.

The lawsuit, filed in the U.S. Court of Appeals for the District of Columbia Circuit, says the new rule violates the federal Clean Air Act because it does not meaningfully replace power plants’ greenhouse gas emissions.

“They’re rolling things back to an age that no longer exists, trying to prop up the coal industry,” California Gov. Gavin Newsom said at a news conference. He said the lawsuit was not just about Trump but “our kids and grandkids” who would continue to be harmed by coal pollutants.

West Virginia Attorney General Patrick Morrisey, whose state produced the second most coal behind Wyoming in 2017, predicted the lawsuit will ultimately fail at the U.S. Supreme Court, which stayed an earlier Obama administration attempt in 2016 at the request of a competing 27-state coalition.

He called the lawsuit a “big government ‘power grab'” and argued that the Democratic attorneys general “are dead wrong” in their interpretation of the Clean Air Act.

The White House did not immediately respond to a request for comment. The U.S. EPA said in a statement that it wouldn’t comment on pending litigation, but that it “worked diligently to ensure we produced a solid rule that we believe will be upheld in the courts, unlike the previous administration’s Clean Power Plan.”

“The science is indisputable; our climate is changing. Ice caps are melting. Sea levels are rising. Weather is becoming more and more extreme,” New York Attorney General Letitia James, who is leading the coalition, said in a statement. “Rather than staying the course with policies aimed at fixing the problem and protecting people’s health, safety, and the environment, the Trump Administration repealed the Clean Power Plan and replaced it with this ‘Dirty Power’ rule.”

The EPA’s analysis of the new rules predicts an extra 300 to 1,500 people will die each year by 2030 because of additional air pollution from the power grid. But EPA Administrator Andrew Wheeler in June said Americans want “reliable energy that they can afford,” adding he expected more coal plans to open as a result.

It would replace the Clean Power Plan, which would require cutting emissions fossil fuel-burning power plants. Becerra said that was expected to eliminate as much climate change pollution as is emitted by more than 160 million cars a year, the equivalent of 70 percent of the nation’s passenger cars, and was projected to prevent up to 3,600 additional deaths annually.

In the Northeast, 10 states including New York formed the Regional Greenhouse Gas Initiative that has reduced power plant emissions by more than 50 percent.

California’s power grid used more energy from non-greenhouse gas sources like wind and solar power in 2017 than from electricity generated by fossil fuels for the first time since the California Air Resources Board began keeping track. The board also found that pollution from transportation did not rise as fast as in previous years, and reported that 2017 was the second straight year emissions fell below the state’s 2020 target.