Flooding projects on the table at St. Clairsville council 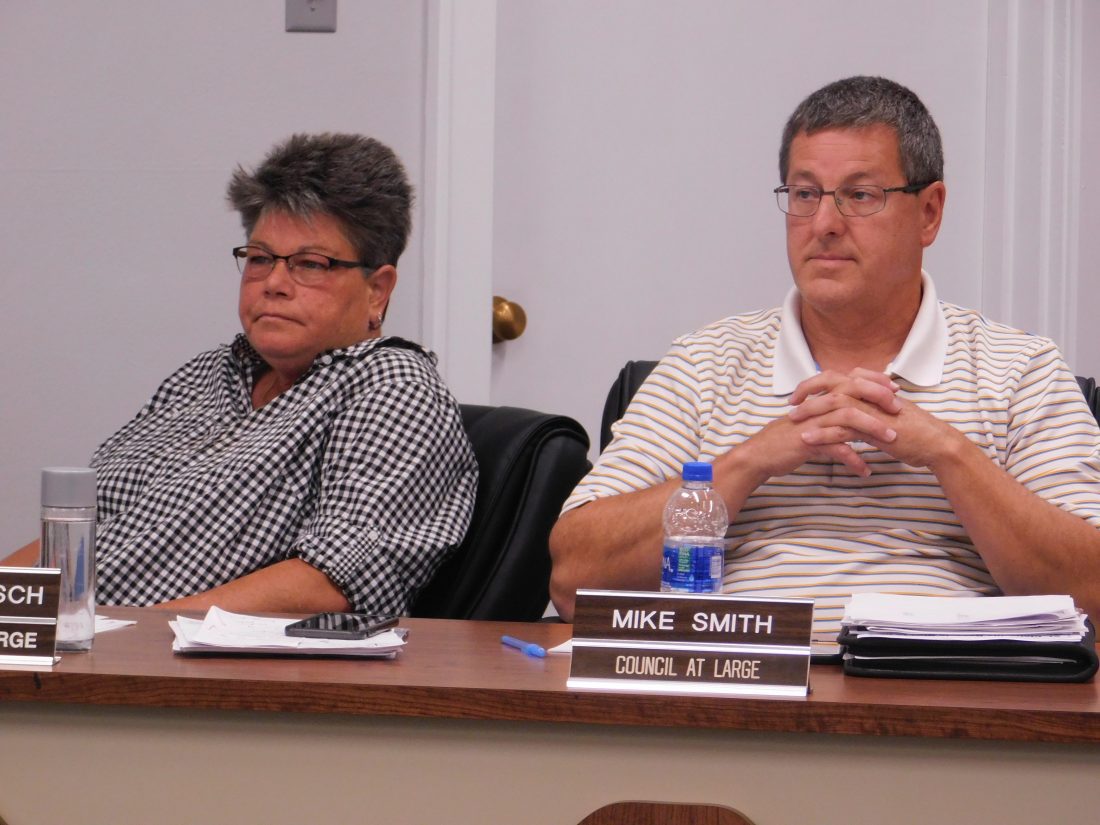 ST. CLAIRSVILLE — The city took another step toward sewer upgrades to prevent further flooded streets and basements on Bellview Street and Overbaugh Avenue last week, although some questions of securing funding remain.

On Monday, city leaders held the first reading of an ordinance to create a fund for an $800,000 loan for a project to separate storm and sanitary sewers.

Safety and Service Director Jim Zucal has noted these streets face issues of infiltration, since the city sewers are connected. This, combined with the low elevation of those streets, has led to many residents reporting sewage water in their basements. About five or six households are regularly affected by flooding, and residents have brought these problems before the council in the past, particularly after heavy rainfall during the summer.

This $800,000 loan was part of Ohio Public Works Commission funding.

However, Zucal said the total project cost is $1.3 million to $1.5 million. He added that should the city decide to accept an offer from Aqua Ohio, the private, state-regulated entity that has expressed an interest in purchasing the water and wastewater systems, the bid includes $500,000 to be put toward this project.

The state of St. Clairsville’s aging water treatment plant and distribution system has been a matter of contention among residents and debate among council members, with some believing the process toward a privatization decision is proceeding too quickly, and others pointing out decades have gone by while the problem has steadily worsened. Currently, the bid is being further negotiated by attorneys, and a draft agreement is expected to go before the city council in early September.

In answer to questions from residents and council, Zucal said water tours are available to residents, but there is a concern about safety. Requests will be evaluated based on the physical condition of people making the request.

“The steps are wet, the concrete floor is a slippery mess. We are very concerned about the liability to the city,” Zucal said, adding that video of the system will be out and will be placed on the city website. “It’s not very safe in there.”

Also, Mayor Terry Pugh informed council the recycling bins that had been located at a lot adjacent to the recreation center have been moved to the east side of the amphitheater, on Geno Sessi Drive behind the football field. They were moved to alleviate traffic congestion.