Halloween costumes trending this year in the Ohio Valley 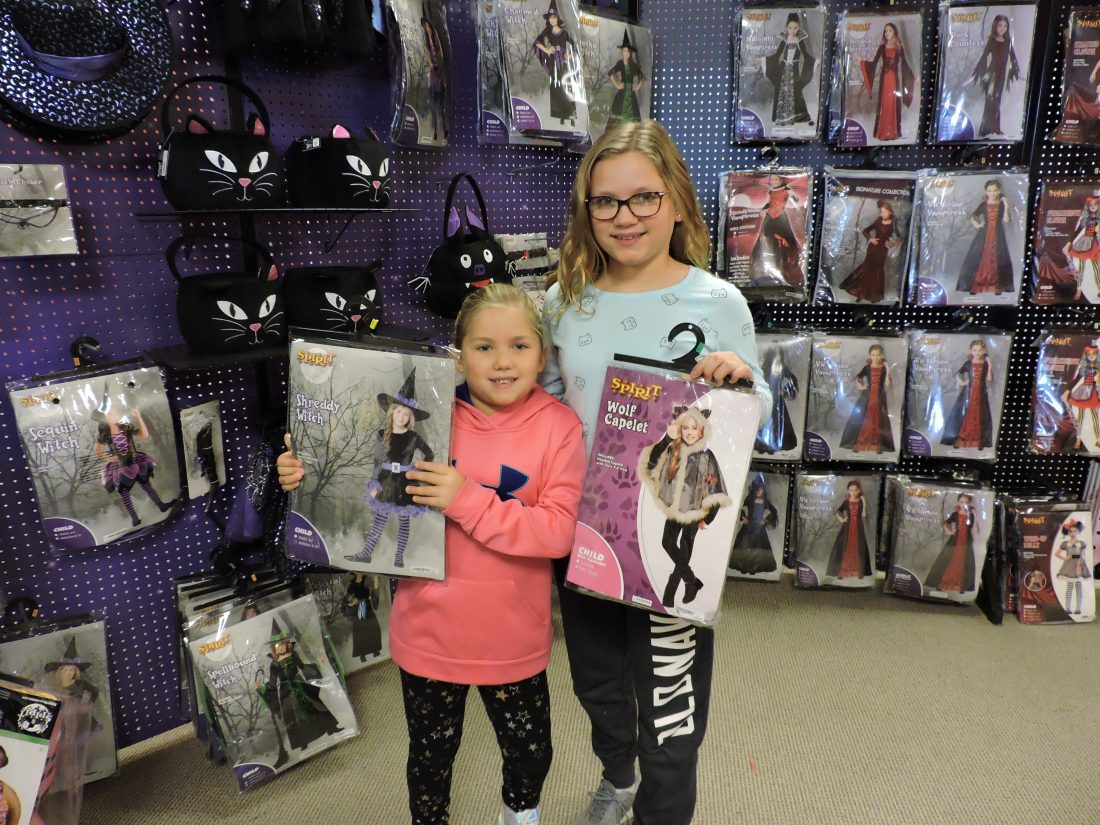 ST. CLAIRSVILLE — Many people are eagerly searching for costumes as the countdown continues to the spookiest time of the year.

Trends blow through the seasons just like the wind, depending on the year’s newly released movies, cartoons and games, all of which will affect the trending costumes for the season. For example, “Harley Quinn” costumes have been popular in recent years, thanks to the release of “Suicide Squad,” a movie that was released in August 2016.

According to Google’s ‘Frightgeist,’ a spooky ’80s designed search guide, the top-searched costume ideas across the national include “It,” witch, Spider-Man, dinosaur, Descendants and clown. The website warns that there is a high probability trick-or-treaters will see an “It” costume on Halloween this year, as the disguise remains ranked No. 1 throughout the nation. And it’s no wonder that “It” and clown made the top five — the recently released and highly anticipated horror flick, “It Chapter Two,” made more than $90 million in its first week at the box office.

Jennifer Kleba of McMechen said she was going to be blue-haired Evie from “Descendants” this year for Halloween. Like the character from the popular film, Kleba also has blue hair, which was a deciding factor in her decision to dress as Evie this year, she said. Kleba was choosing her outfit from the Spirit Halloween store in St. Clairsville last week. She said her children are dressing as the “Five Nights at Freddy’s” characters. Daughter Isabell, 10, said she is “so excited” for the holiday this year.

Spirit Halloween at the Ohio Valley Mall sells hundreds of costumes, and workers said that the children’s “Fortnite” costumes have been the best seller, by far, this year. “Fortnite” is an online video game that has become extremely popular among youth.

The seasonal shop said the most popular couples costume remains the Joker and Harley Quinn of the movie “Suicide Squad.” The costume shop said there has been an assortment of best sellers this year. Some of the best selling adult costumes for women have been characters from the 1993 film “Hocus Pocus,” which the costume shop said is a relatively newer costume section in the store.

“It’s only the second or third year we’ve had it,” store employees said of the “Hocus Pocus” attire.

The store is the sole retailer to have the licensing to sell Hocus Pocus costumes. Additionally, the costume retailer said “Harry Potter” has been a big hit this year among men and women, as the section continues to expand each year.

Sisters Stella, 6, and Grace Miller, 11, of Harrisville are looking forward to the holiday, but were having trouble deciding what to wear this year for the anticipated holiday.

“There’s so many options,” Grace said of the store Spirit, where the family was shopping for costumes.

While Grace chose a cute wolf costume, sister Stella was stuck choosing between a doughnut and a witch. In the end, the witch costume prevailed.

Brothers Cameron, 6, and Cobe Passmore, 8, of Barnesville were also indecisive this year when it came to costume selections. Cobe chose a zombie costume, while Cameron was leaning toward a “Minecraft” character or a police officer.

The top five trending baby costumes include banana, Dalmation, Grinch, Pennywise and Stay Puft. The most searched couples costumes include Lilo and Stitch, Bonnie and Clyde, Cosmo and Wanda, Adam and Eve, and Cheech and Chong.

Costumes are the largest Halloween expense, according to a recent survey performed by TopCashback. Nearly three out of four respondents re-wear costumes to save money, the survey said. Save some cash by making your own costume.

If you are having trouble finding a costume, Google’s ‘Frightgeist’ website can help with that. Simply click on ‘Costume Wizard’ and adjust the ‘Uniqueness Level,’ ‘Trend Meter,’ and ‘Style Meter,’ and the website will randomly select a costume idea for you.