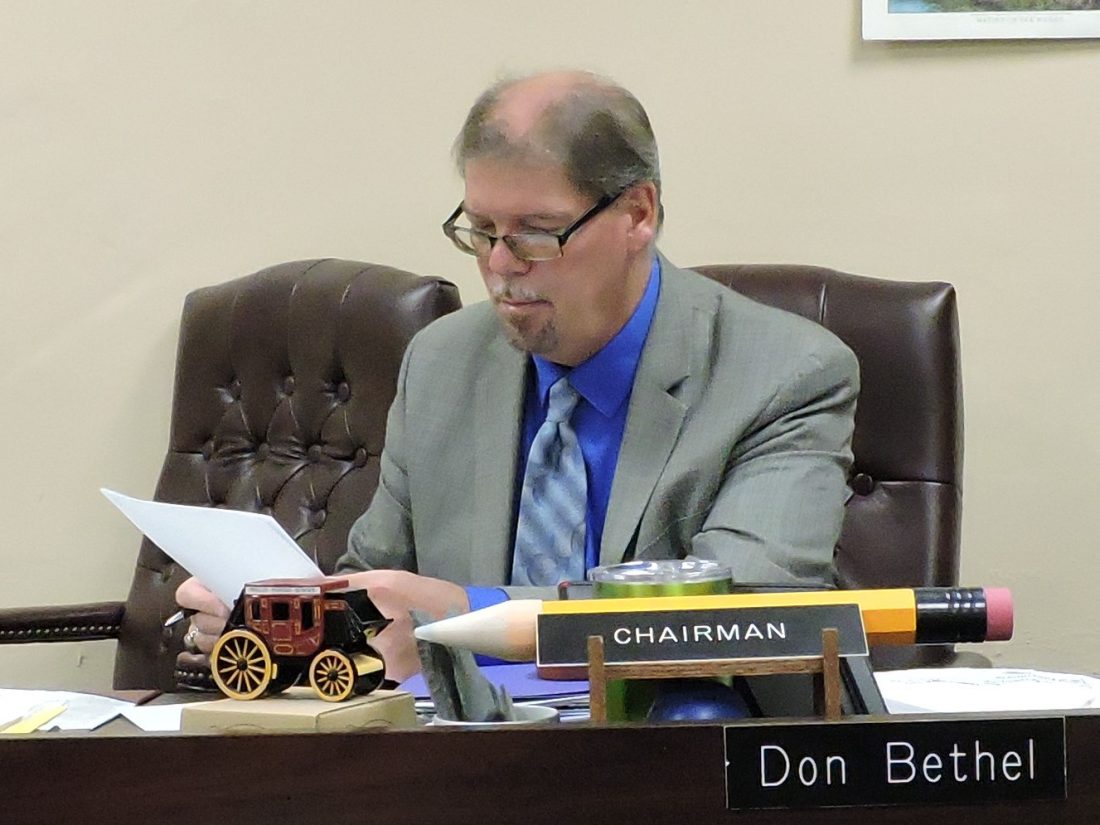 T-L Photo/CARRI GRAHAM Harrison County Commissioner Don Bethel reminds residents of an upcoming hall of fame event Wednesday at the commissioners’ regularly scheduled meeting. The event will honor some of Harrison County’s most successful sports teams and will be held prior to the Harrison Central football game on Friday in Cadiz.

CADIZ — A free event honoring some of the county’s most successful sports teams will transpire prior to the Harrison Central football game Friday evening in Cadiz.

“If anyone has any free time on Friday prior to the football game, they’re having the Hall of Fame induction prior to the event,” Bethel said.

The Harrison County High School Sports Hall of Fame ceremony will take place at 5:45 p.m. Friday at the Puskarich Public Library in Cadiz. A pre-game social event will take place at 6 p.m. in the high school gymnasium by the football field, Bethel added.

Those being honored at the ceremony include Tim McMillen, Tiffany Sibel, Terry Thompson and Mike Madzia, he said. Those inductees will be honored prior to and at halftime of the Harrison Central vs. Oak Glen football game.

The event will also include light food and refreshments for those who attend, he said.

Commissioner Dale Norris said that the commissioners’ next meeting will be rescheduled for 10 a.m. Monday at the courthouse in Cadiz.

There will be no meeting Wednesday due to commissioners attending an out-of-town conference, Bethel said. Commissioner Paul Coffland was absent from the regularly scheduled meeting.

COLUMBUS -- AAA automotive researchers found that over the course of 4,000 miles of real-world driving, vehicles ...

FAIRPOINT - The Wheeling Township Board of Trustees will hold a special meeting at 9 a.m. Monday to discuss ...

ST. CLAIRSVILLE ­— The argument about a new candidate for the city service director position continued Monday ...

ST. CLAIRSVILLE — The decision was a difficult one, but organizers of the annual Belmont County Schools Staying ...