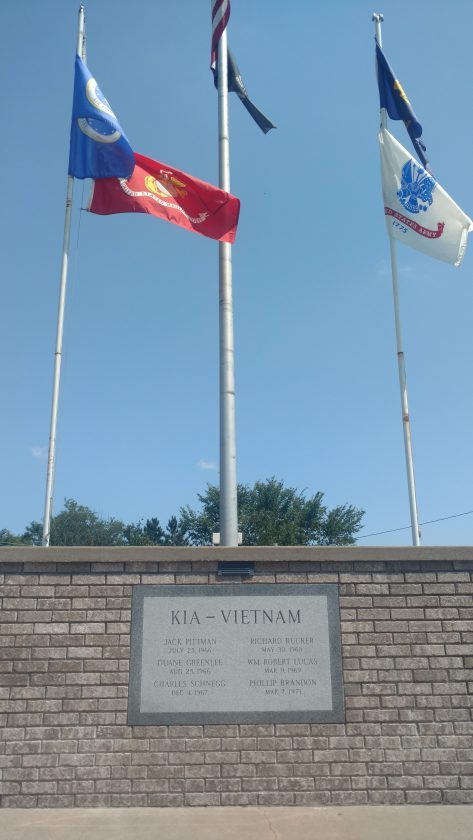 T-L Photo/CARRI GRAHAM The Beallsville Cemetery, where the Wreaths Across America ceremony will transpire at noon Saturday. Live wreaths will be placed on more than 300 veterans memorial stones to honor those who have lost their lives.

BEALLSVILLE — Beallsville will honor its fallen veterans this weekend by participating in a nationally recognized program.

The Beallsville American Legion Post #768, in conjunction with Team Red, White and Blue out of Wheeling, will conduct a ceremony for local veterans by participating in the “Wreaths Across America” ceremony at noon Saturday at the Beallsville Cemetery.

According to the program’s website, each December, on National Wreaths Across America Day, coordinated wreath-laying ceremonies are carried out at more than 1,600 locations around the United States.

This is the first time the village has participated in the program. Wiles said the program not only supports and remembers “our fallen servicemen and women,” but also men and women currently serving as well.

The ceremony involves placing live wreaths on veterans tombstones throughout the cemetery. Each fallen veteran’s name is spoken while the wreath is placed on his or her’s memorial so that the veteran is never forgotten, Wiles said.

He said that people may sponsor a wreath by purchasing one for $15 through Wreaths Across America. $5 from each purchased wreath comes back to support the American Legion. More than $6,000 has been donated, sponsoring 414 wreaths for the upcoming ceremony.

“It’s been a great experience, Wreaths Across America, I can’t say enough good things about them,” Wiles said.

There were many “major sponsors,”he said, including the Beallsville Sportsman’s Club who donated $1,500 toward the wreaths. Additionally, the First Christian Church and the Beallsville Church of Christ each made a “generous donation.”

“The public in general got into it, it was just amazing. The community came through,” Wiles said. “The sponsorships just kept growing and growing. We’re actually over the limit now.”

There are 321 servicemen and women buried in the cemeteries in Sunsbury Township, including veterans from the Revolutionary War up to the Gulf war, Wiles said.

“At the ceremony, all of these men and women will be honored with the placing of a Christmas wreath on their memorial,” Wiles said.

The remaining wreaths will be placed on veterans’ memorials throughout Monroe County.

“We have 414 wreaths, I’m going to find other cemeteries and other veterans to put the wreaths on. We’re not going to waste wreaths,” he said.

People that attend the ceremony and have fallen veteran family members or friends may take a wreath to place on the veteran’s grave, Wiles said. He said he wants to give back to the community.

“It was a great experience for the kids.” he said.

Wiles said the American Legion plans to continue the program and hold the ceremony again next year as well. He said he hopes that other local legions will become involved and help spread the program throughout the county.

“I wanted to bring (WAA) here, to bring focus to the boys who were killed in Vietnam and also to teach kids about how to honor and respect veterans,” Wiles said. “We can’t do enough for our veterans.”

Beallsville lost six of its residents to the Vietnam War. Most of the six men who perished are buried at the Beallsville Cemetery.

“We just want every one of these soldiers to be remembered. When the wreath is layed, that soldier’s name has to be said, that way they’re always remembered. They’re never forgotten,” he said.

Wiles said he is anticipating approximately 150 people to attend the ceremonial event this weekend.

The American Legion is inviting any and all people to attend the ceremony and aid in the wreath laying ceremony. For more information, contact Wiles by calling 571-494-7877 or by emailing at paratrooper01@yahoo.com.

Step inside the front door at Miklas Meat Market just once and you are destined to return. This family owned and ...