The Ohio Valley Christian Soldiers give $56,000 to 40 charities 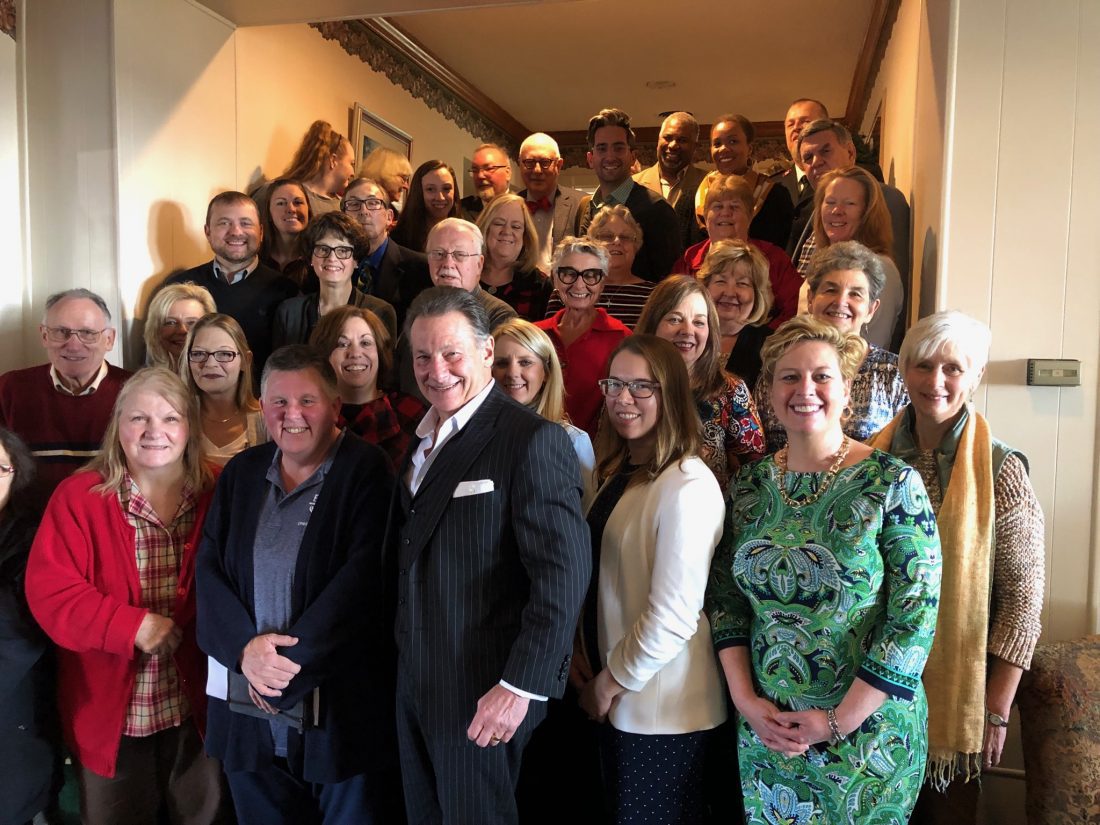 Photo Provided The Ohio Valley Christian Soldiers present about $56,000 to charities in the tri-state area at Belmont Hills Country Club.

“Our organization is trying basically to help other not-for profit organizations in the tri-state area. We try to help those whose missions include feeding the needy, clothing people and educating them,” Lou Costanzo, president of the organization, said.

Costanzo said the charities that received funding included Salvation Army locations, food pantries and the House of the Carpenter on Wheeling Island, which assists families in may ways, including teaching young people how to interview for jobs.

“It’s a whole spectrum of not only feeding, clothing, but helping people be able to continue in their lives and maybe someday help others,” he said. “Our mission is basically to try to create disciples in Christ by helping these other organizations. We raise money throughout the year. Most of it’s raised through a raffle that we have in August,” he said.

Costanzo also said the Christian Soldiers has no administrative expenses.

“We’re really, really excited to be able to do that. … It’s an honor and a blessing.”

Costanzo said the amount raised this year was roughly the same as prior years, and the need continues to grow.

He noted that the soldiers retain some funds through the year for last-minute donations, such as providing coats for children in January or February.

For more information on membership, to donate or to apply for consideration of a donation, call Costanzo at 304-280-3513. He said the OVCS is a tax-exempt organization and all donations are tax-deductible.