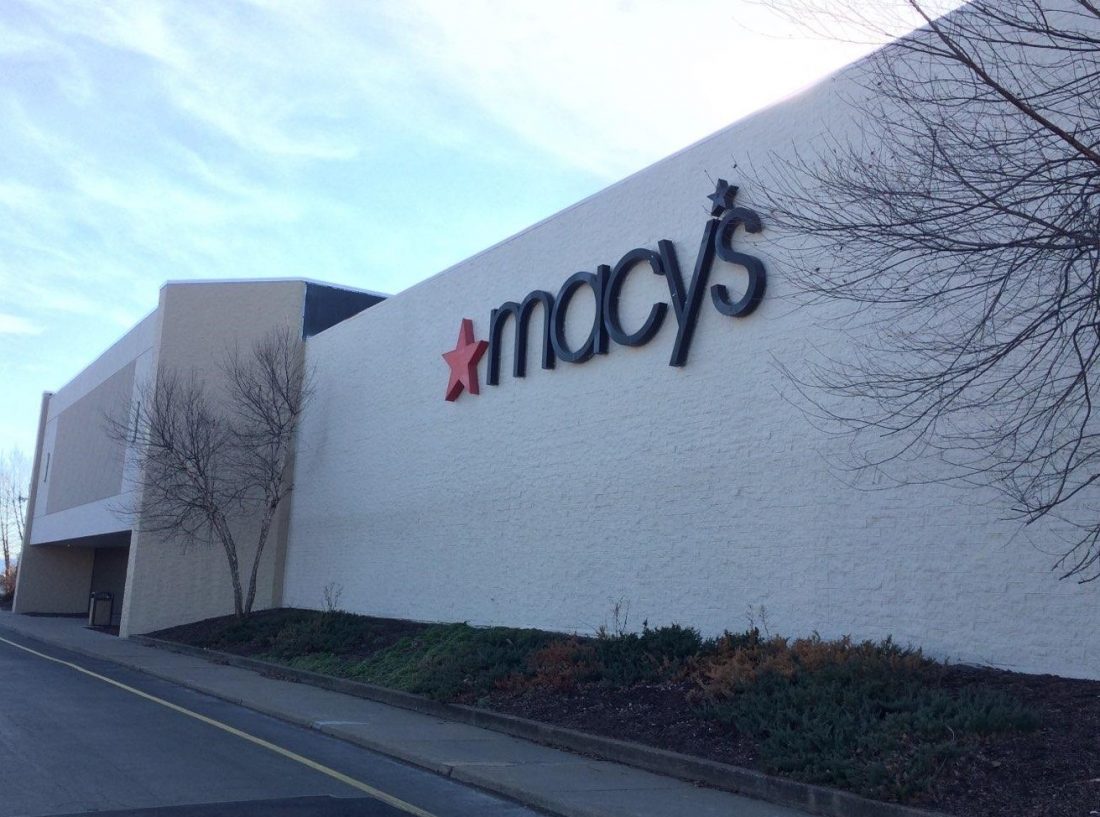 T-L Photo/CARRI GRAHAM After 14 years at the Ohio Valley Mall, Macy’s department store will permanently close its doors in March. Nevertheless, the store will continue to honor its previously sold gift cards.

ST. CLAIRSVILLE — Macy’s department store may no longer sell gift cards, but they will continue to honor the cards until the store permanently closes its doors in the next few months.

On Thursday, Ohio Valley Mall Macy’s associate Natalie Hesske said the store will continue to honor the store’s gift cards, however they are no longer accepting the mall’s gift cards. The St. Clairsville location will no longer accept personal checks either, she added.

The store discontinued the sale of gift cards Monday, she said.

The retailer confirmed earlier this month that after 14 years at the Ohio Valley Mall the department store will close for good in March. The closing marks one of 20 locations the franchise will close this year.

The 104,000-square-foot mall location opened its doors to the public in 2006 and is the only remaining Macy’s location between Pittsburgh and Columbus.

The St. Clairsville store is currently in the midst of its “final clearance” sale, which began Monday.

“Every week the sale will get bigger and bigger,” Hesske said. “We’re in the middle of week one.”

The liquidation sale will continue throughout the next few months until the store permanently closes its doors. The underway sale has begun with up to 40 percent off of the item’s original ticketed price.

With the store’s impending close, Bell said last week that the mall will take the closing as an opportunity to redesign the store space and fill it with another retailer. Although “talks” have been in the works, he would not elaborate on potential retailers that may fill the soon-to-be vacant space.

The closing of the store will mark the second anchor store to permanently close at the Ohio Valley Mall in the past year. After 40 years at the mall, department store Sears closed its doors in July. The former store space remains vacant, with the Spirit Halloween store briefly occupying part of the store over the fall.

Nevertheless, the mall will also celebrate a few newcomers to the area, including the new Chick-fil-A restaurant, set to open in early spring, and a new Hampton Inn & Suites set to open in the fall. A new Cricket Wireless store is also set to open within the next couple of months. The cellular device store will be located next to Chipotle Mexican Grill.