Maroney at Capitol for first time since prostitution charge 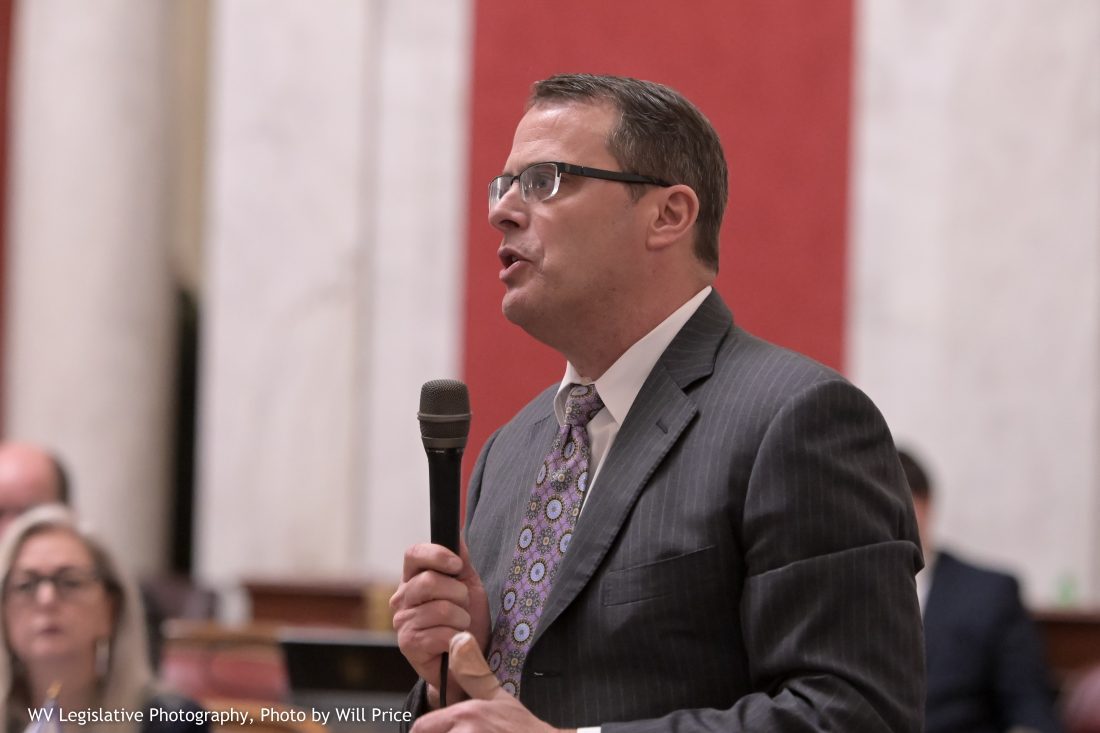 CHARLESTON — Sen. Mike Maroney, R-Marshall, arrived in Charleston on Monday for the start of the second week of the 2020 legislative session, the first time the Glen Dale radiologist has been seen in the state Capitol since his arrest in August on charges of soliciting prostitution.

Maroney did not participate in Monday’s floor session but met with constituents in the afternoon. On Tuesday, Maroney was at his desk in the West Virginia Senate Chamber and chaired a meeting in the afternoon of the Health and Human Resources Committee.

Maroney, however, missed the start of monthly legislative interim meetings that began Jan. 6 and missed the first three days of the 2020 legislative session that started Jan. 8 due to surgery on this thumb.

“I had emergency thumb surgery on Wednesday,” Maroney said, showing off his bandaged thumb. “On Wednesday morning at 3 a.m. I woke up with a thumb that was turning black and throbbing. I was in the operating room Wednesday afternoon and saw the doctor on Thursday. I could have potentially came down on Friday, which was the first day I was medically able to come, but I didn’t. I rested up one more day and came down (Monday).”

According to the Senate Clerk’s Office, Maroney has missed legislative interim meetings in September, November and December — 10 days total. He was also absent for the end of the Senate’s part of the special session, when the body adjourned in September after passing a massive education reform package, increasing funding for secondary road maintenance, creating a tax break to keep the Pleasants Power State operating and other bills.

Maroney’s absences coincide with his arrest Aug. 28. The 51-year-old doctor was charged with conspiracy, house of ill fame and assignation and prostitution.

Maroney is accused of allegedly sending several text messages to Cortnie Ann Clark of Glen Dale between May and June soliciting sex acts. Clark was arrested in June and charged with operating a house of ill fame/assignation and prostitution. Investigators sought Maroney’s cell phone in July, with a search warrant issued in Pittsburgh to search Maroney’s vehicle at Pittsburgh International Airport

During the investigation by the Glen Dale Police Department, thousands of texts were found on Clark’s phone — including texts allegedly from Maroney — resulting in other men being charged with soliciting prostitution. Clark is scheduled for a pretrial hearing in Marshall County Magistrate Court on Jan. 29.

Maroney’s trial before Marshall County Magistrate Tom Wood has not been scheduled yet, though a pretrial hearing is scheduled for Feb. 28.

This is Maroney’s first term in the Senate. He was first elected in 2016, replacing the retiring state senator Larry Edgell. Maroney is up for re-election this year for a second term, though he had not filed as of Tuesday. The candidate filing period closes at midnight Jan. 25. When asked if he would run again, Maroney said there were too many factors to consider before making that decision.