WHEELING — Roman Catholics in West Virginia are getting a history-making look at church finances — and what they can see is not a pleasant picture, in some respects.

Officials of the Diocese of Wheeling-Charleston have released a complete financial audit for Fiscal Year 2019, which extended from June 30, 2018, to June 30, 2019. The Most Rev. Mark Brennan, bishop of the diocese, noted the report contains information being released “for the first time in the history of this diocese.”

Prepared by a national auditing firm, the report contains details of diocese-level assets, revenue and spending, including cash flow figures for FY 2019 and the previous year. During fiscal 2019, the diocese showed a negative cash flow of more than $4.7 million, meaning spending outpaced revenue by that amount. For FY 2018, the negative cash flow was about $918,000.

Both Brennan and diocesan Chief Financial Officer Alex Nagem, who also wrote a letter regarding the report, cautioned negative cash flows at those levels are unsustainable in the long run. Deficits are covered by selling off investments such as mineral rights, including extensive ones in Texas donated to the diocese more than a century ago. Brennan noted that “if this pattern continues unchecked, (it) will eventually eliminate any benefits to future West Virginia Catholics from the legacy …” Nagem agreed, writing that the diocese has been supporting its expenses “primarily from its savings for many years, a practice which cannot continue.”

Still, the audit report reflects substantial assets for the diocese. As of June 30, they included $240 million in securities and $51.5 million in mineral rights. During the previous year, assets actually grew a bit, because of increased value of securities. At the same time, however, the value of mineral rights declined by more than $6 million — and church officials cautioned that volatility in the stock market means growth there is far from certain.

Nagem and Brennan joined in blaming part of the diocese’s financial situation on former Bishop Michael Bransfield, who left office in September 2018 under a dark cloud of allegations — many of which were termed credible by church investigators.

In addition to sexual harassment of some adults, Bransfield was accused of profligate spending, much of it on himself. Church officials questioned more than $6 million in spending during his 12-year tenure.

Yet neither the bishop nor other church officials acquainted with the situation laid all of the blame on Bransfield. At the heart of the diocese’s financial woes “is a systemic problem (of) depopulation” throughout West Virginia, Brennan said in an interview Thursday. Fewer people means fewer church members, a concern shared by leaders of some other denominations in the Mountain State. In addition to decreased donations to the church, that means strains such as small parishes that still require priests. A substantial number of Catholic parishes and schools need diocesan help, Nagem reported, writing that those subsidies cost an average of about $5 million a year. The audit report indicates total “functional expenses” for the diocese were $44.6 million during the year ending last June 30.

Newly established or more active mechanisms within the church, including involvement by lay people, are looking at fiscal and other challenges, Brennan said Thursday. One task is identifying “what needs corrected and what (expenses) have outlived their usefulness,” he said. A strategy to get revenue and spending back in balance is being developed, the bishop said. “My concern is to leave a legacy … the goal ultimately is to be within our means.” 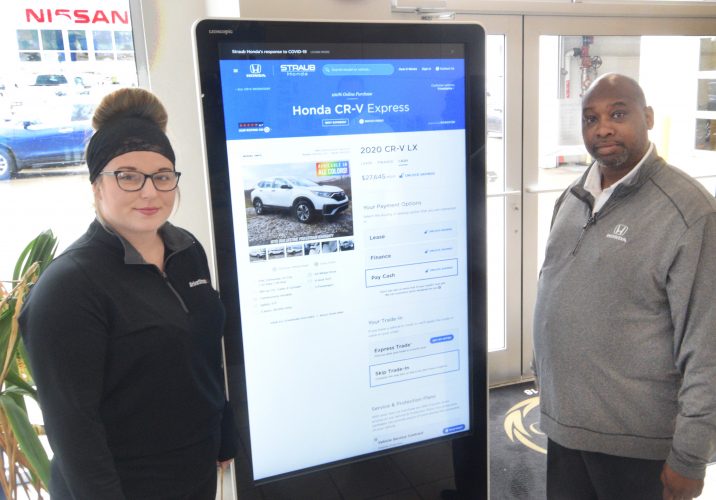 WHEELING, WV — To ensure that patients receive quality time with their physicians during the COVID-19 crisis, ...