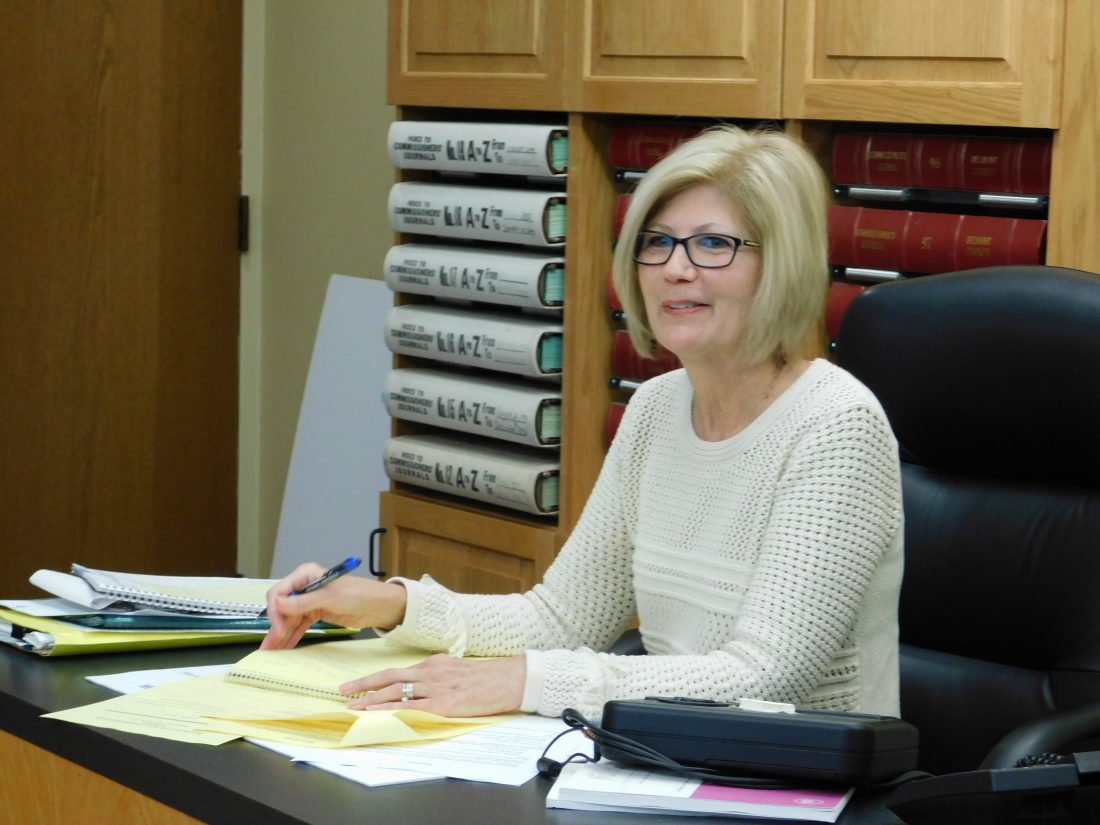 ST. CLAIRSVILLE — Jayne Long has been a familiar face to visitors at the courthouse and county commission office, where she had has served as clerk of the commissioners for nearly 20 years. She is retiring this month.

Long, a lifelong St. Clairsville resident, has worked in the courthouse since 1998 and has been in the clerk’s position since 2005.

“I heard about an opening here and I applied. I had an interview with the three commissioners at the time,” she said. “I was working at a bank, and this was something different, and a better opportunity and full time. I was very excited to have the opportunity to work here.”

Long has worked under 12 different commissioners who made up eight different variations of the board. She has had a ringside seat while significant events impacting the county came before the commissioners. Among the more recent changes was the oil and gas boom.

“The whole oil and gas explosion has been … since the first lease we got and they were offering us $5 an acre, and eventually we’re up at over $8,000 an acre when we actually signed that first big lease with Rice Energy. That was a huge thing,” she said.

Leasing agreements and road use maintenance agreements, which allowed for additional road paving, complicated work for the commissioners’ staff. Another recent development came from the U.S. Department of Agriculture in 2017, when Belmont County was approved for more than $12.3 million in funding for long-awaited improvements to sewer infrastructure

“That’s a huge thing for the county. That’s the largest grant USDA’s ever approved, so that’s going to be a big deal for Belmont County,” Long said.

She also mentioned upgrades to the courthouse. And Long said the job has changed in the past 20 years, with the advent of new technology.

“The technology has definitely advanced, with computers, cell phones, emails. You can correspond now with the board even when they’re not here. We’re in constant contact with each other.”

Long said the board members have worked well together in carrying plans forward to prepare for new developments Belmont County is experiencing.

“Everybody is trying to lay the groundwork for the next step in this anticipated growth,” she said. “They’ve all been great. It’s been an honor and a pleasure to serve as clerk for the board, and all the commissioners I’ve worked for have all been great to work with and for. They’re all here just doing their best too.”

After retiring, Long looks forward to visiting family in Portland, Oregon, and traveling in general.

The clerk position is being advertised.