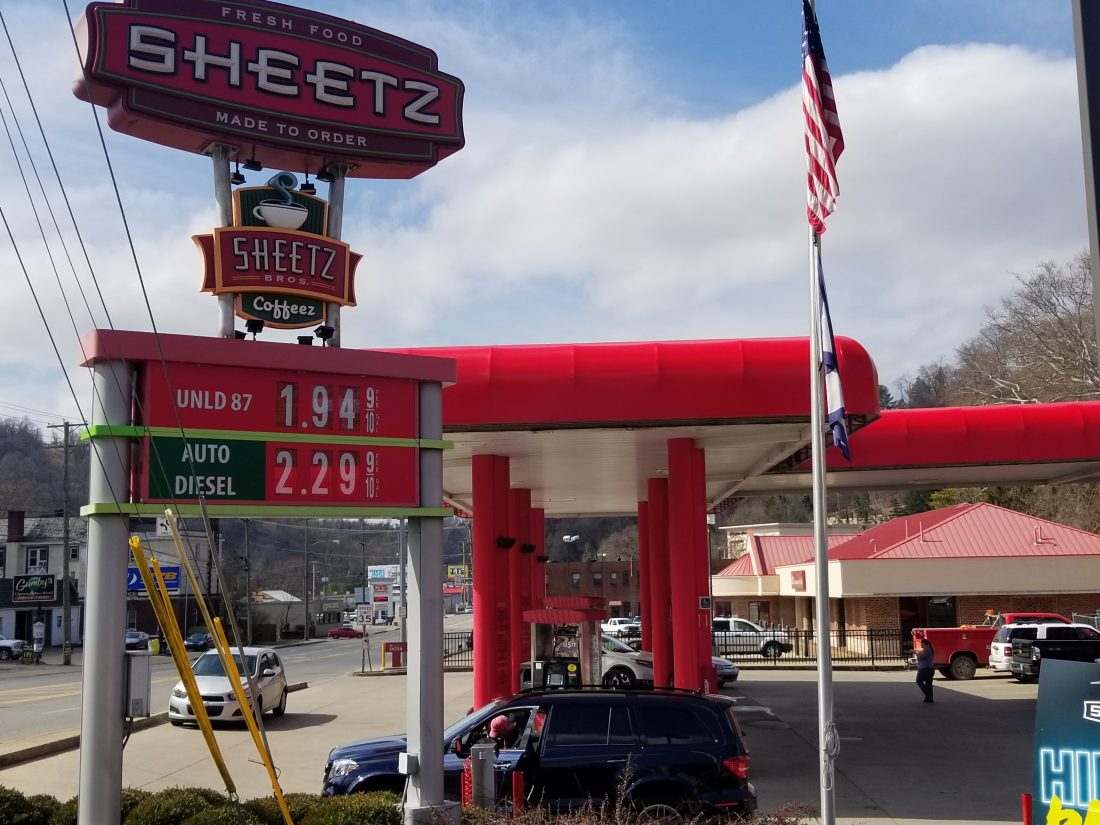 Photo by Mike Jones The price of gasoline at the Sheetz gasoline station in Woodsdale was posted at $1.94 a gallon as of Thursday afternoon.

WHEELING — The drastic drop in the cost of crude oil is leading to cheaper prices at the gasoline pump for motorists locally and across the country, according to the AAA East Central’s Gas Price Report.

The market plunge is in response to a lack of agreement between OPEC and other oil-producing countries to cut supply. According to the report, the downward trend is likely to continue through the end of the winter driving season if crude remains cheap, especially amid concerns about the coronavirus.

The rapid decline in crude prices has increased market concerns that an oil price war may break out this week between major crude producers, and the market continues to worry that the impact of the coronavirus, known as COVID-19, will lead to a reduction in global economic growth with a decrease in demand for crude oil.

Jim Garrity, Public and Legislative Affairs Manager at AAA East Central office of Pittsburgh, said a variety of factors make it extremely difficult to estimate what is going to happen with gas prices in the coming weeks and months.

The average price of gasoline across Northern West Virginia is eight cents cheaper this week at $2.245 per gallon, according to the Gas Price Report. At the start of the work week, state averages across the Mid-Atlantic and Northeast states range from $2.32 in West Virginia to $2.57 in Pennsylvania.

The average price of gasoline in Ohio this week is $2.15 per gallon, with Belmont County listing at $2.22 per gallon.