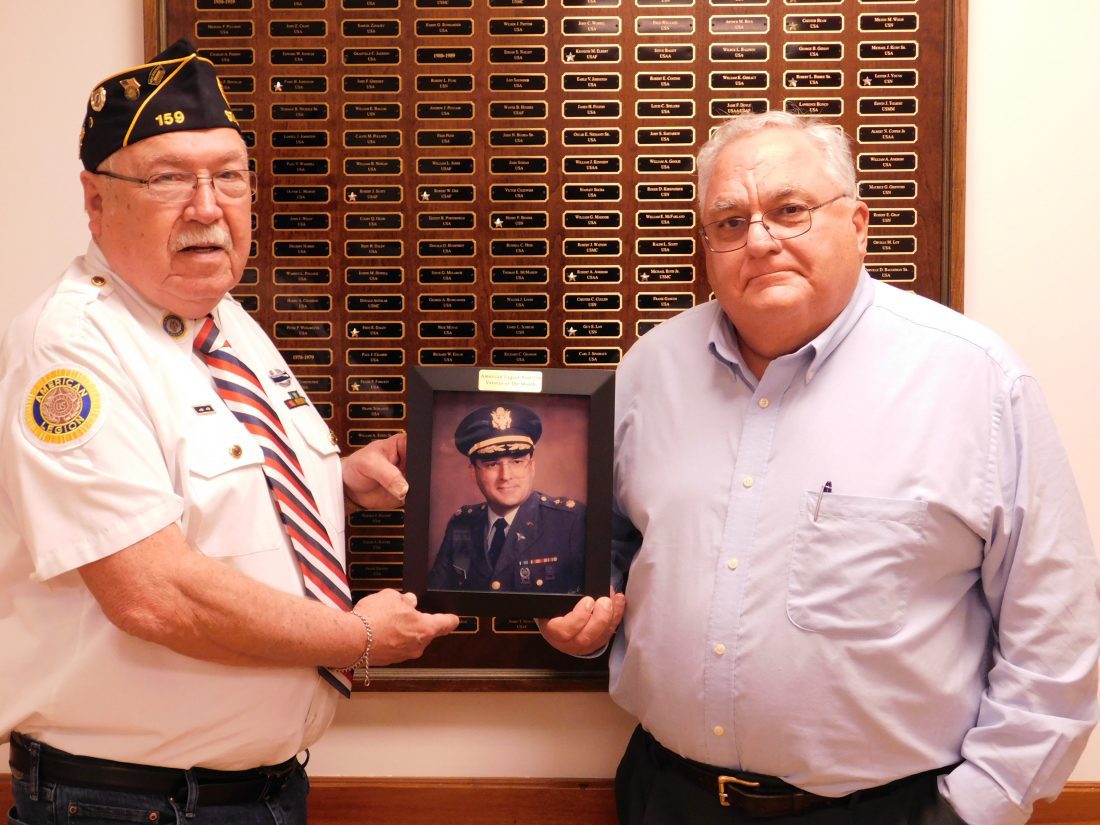 ST. CLAIRSVILLE — John Heiby used his optometry skills in the U.S. Army and the Reserves as a lieutenant colonel in the Medical Service Corps.

“Desert Storm was the real shock,” he said. “My first encounter with the military was with the local draft board. Young people don’t understand draft board anymore. The first encounter with the draft board was 1966. I had a summer job with several other Ohio State University German language students to make ice cream cones for the Big Drum Co. (in Germany). … We baked ice cream cones for two months, then traveled in Europe for a month and came back. … 1966 was only 21 years after the end of World War II. There was very few men for extra shifts. They experimentally tried a group of American students.

In 1968, he had the opportunity to become an instructor for a school of applied optics in Germany.

“I had to get permission from my state draft board and they stonewalled me,” he said. When he decided to enlist, he found the military was reluctant to accept people who were overseas. “I explained my situation and was eventually able to go to Germany to teach for four years. That’s where it got interesting. At the end of that time, I tried to join the Army. … I wound up taking my physical in Frankfort. My oath of office was in Holland, and when they were done, they packed me up with my wife and son and they sent us to California.”

His first assignment was at Fort Ord in California.

“The Vietnam War was still going on. I spent from 1968 to 1972 in Germany, and from 1972 to 1975 in the Army …preparing people to go to Vietnam most of the time,” he said. While stationed there, he met fellow optometrist Doug Huff and recommended he set up shop in Belmont County. Huff has an office in Barnesville.

“Later on, when I was in the Reserves, we would many times go to our duty station in civilian clothes because we didn’t want the hassle of walking through an airport in uniform. People would take unkindly to that,” he said.

He remained in the Reserves until his retirement at age 60.

“I was activated for Desert Storm … and left for about six months,” Heiby said. “I had several duties throughout Desert Shield and Desert Storm.”

Heiby served as the optometry consultant for the Army marksmanship unit at Fort Benning, Ga. He saw 16-18 people daily.

He also served as consultant in making shooting glasses for marksmen going overseas and for the Army marksmanship unit.

“I made shooting glasses for a number of world-class shooters, some Olympic shooters. I was allowed to practice with the marksmanship unit,” he said. “The open sights require a different focus than regular glasses … you need to see the front sight clearly.”

“While we were there (in 1991), the Soviet team came and we had a match between the Soviets and the Army marksmanship unit. They cleaned our clock,” he said.

Originally from Sulphur Springs, Ohio, he has been a resident of St. Clairsville for the past 47 years. Two of his sons are now captains in the Army.