WHEELING — A person was injured after crashing into an exposed steel beam in the Interstate 70 construction zone after traveling the wrong way through the Wheeling Tunnel early Friday.

The vehicle traveled east through the westbound side of the tunnel — which is closed to traffic due to the I-70 Bridges Project — and struck the construction site where a new bridge is being built, although crews do not think there was serious damage to that area. The crash happened about 5 a.m. just outside the tunnel’s portal.

Crews at the scene Friday afternoon were evaluating the crash site, and preliminary assessments led Division of Highways District 6 Engineer Tony Clark to believe that the site was not seriously disrupted, and that construction on the I-70 Bridges Project would continue on schedule.

“I saw the pictures, and it doesn’t appear to me if there was any ‘significant’ damage, but they do have a structural engineer looking at it,” Clark said Friday afternoon. He later confirmed that the engineers were continuing to evaluate the damage to the beams.

The driver, who was not immediately identified by Wheeling police, was said to have been taken to Wheeling Hospital to be treated for injuries. The extent of injuries or the driver’s condition were not known.

According to Wheeling police, the driver went the wrong way by going east through the westbound side of the tunnel before crashing into a steel beam. Public Information Officer Philip Stahl said charges against the driver were pending,

The crash remains under investigation. 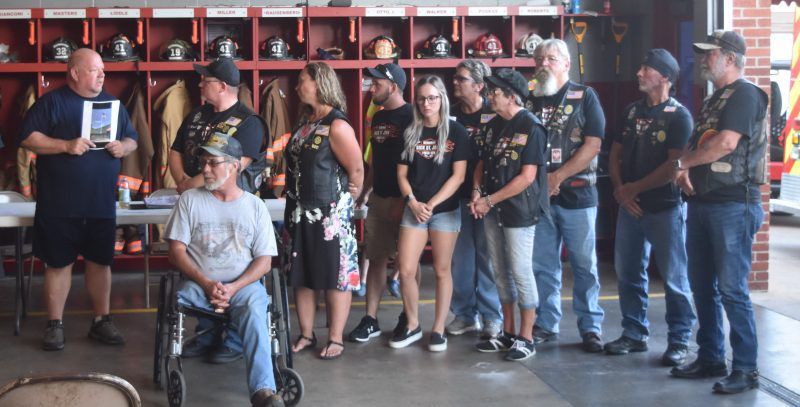