Justice to close at OV Mall 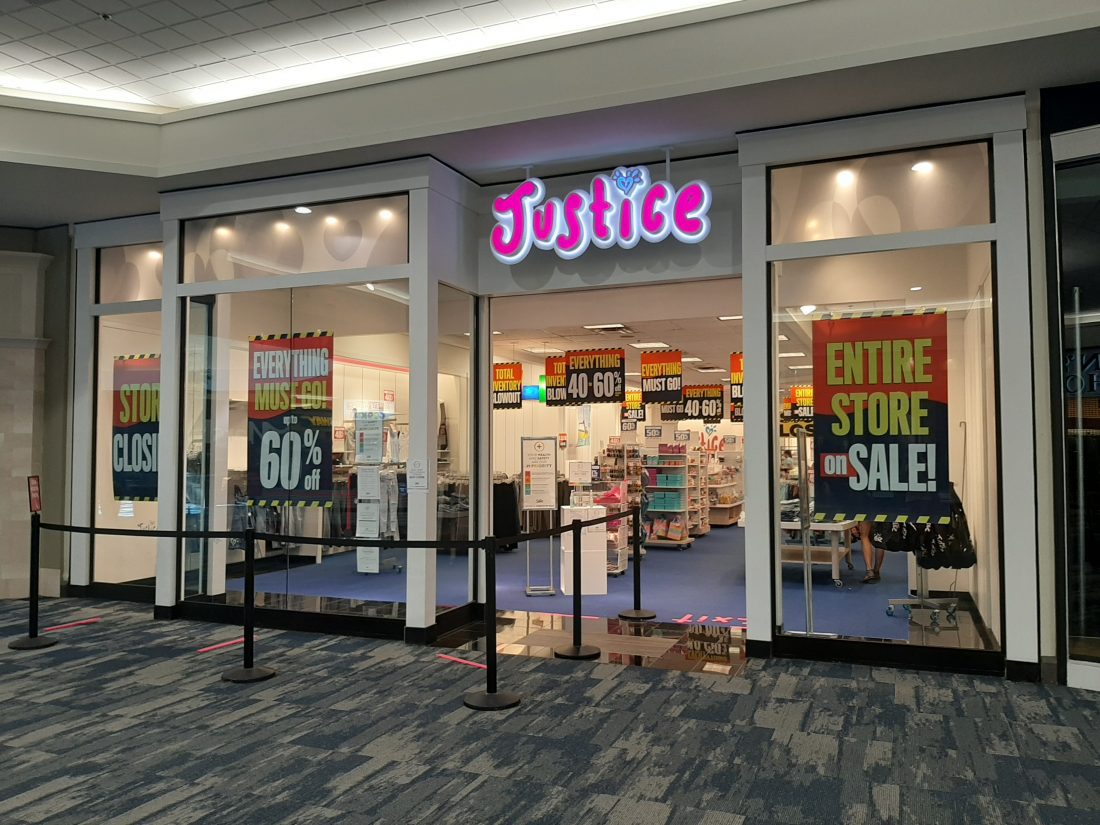 ST. CLAIRSVILLE – The Ohio Valley Mall will soon lose another retailer – Justice, a store geared toward pre-teens, has announced it will close its St. Clairsville location.

“We, along with others around the country, are going to have to deal with this and look forward to the next best thing that comes along,” he said.

Although there is not a timeline as of yet, Justice will more than likely close its doors within the next couple of months.

“We’re coming up on back-to-school season, the inventory will probably go pretty quickly. I would think by the end of summer the store will close,” Bell said.

Bell said the company would only keep around 100 of its U.S. locations open, unfortunately the mall’s location is not among them.

The St. Clairsville location’s store front is covered in sale and closing signage as it prepares for its impending close.

“They are doing a going out-of-business sales. I would assume once they depleted their inventory then they’ll probably close their doors,” he said.

The store will hold a host of sales in attempt to deplete some of its inventory prior to its closing.

Bell said officials will soon begin “talks” for a possible new tenant to replace the retailer once it closes.

As one store prepares to close, another is preparing for its opening. A few weeks ago the mall announced it would welcome Furguson’s House of Furniture by early October. The new store will fill the former nearly 25,000-square-foot Levin’s Furniture location next to ICR Sales & Services. The location has been empty since Levin’s closing in March.

WHEELING — Two estimates have been received for the replacement of the Washington Avenue Bridge over Big Wheeling ...

Availability of substitute teachers a concern

WHEELING — When teachers call off in Ohio County Schools this school year, it might not be easy for ...

Diocese of Wheeling-Charleston opens another avenue for reporting abuse

WHEELING — The Diocese of Wheeling-Charleston in West Virginia has partnered with another third-party reporting ...