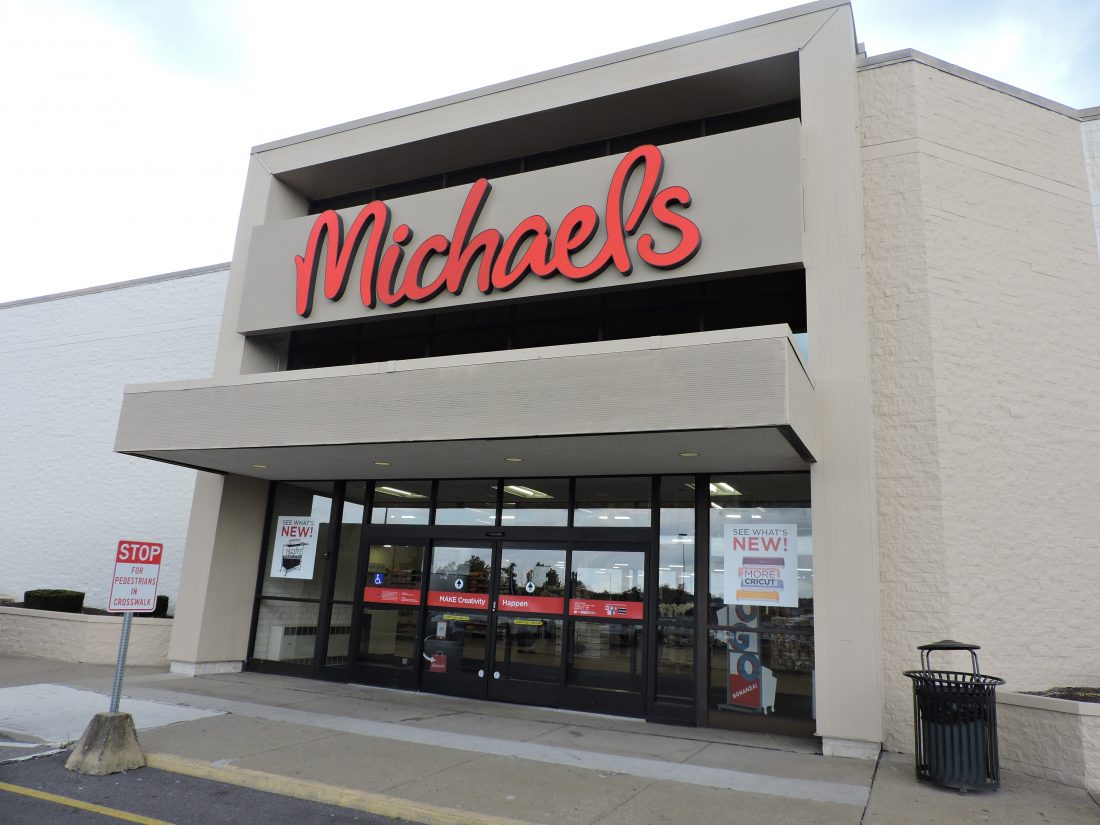 T-L Photo/CARRI GRAHAM Michaels is now open at the Ohio Valley Mall. The arts and crafts supply store will hold its grand opening and ribbon-cutting ceremony at 9:45 a.m. Sunday. The first 100 people to arrive will be rewarded with a $10 gift card and a Michaels tote bag.

ST. CLAIRSVILLE — Arts and crafts enthusiasts need wait no longer — Michaels is now open at the Ohio Valley Mall and will hold a ribbon-cutting ceremony Sunday.

The store held a soft opening Aug. 15 but will hold its official grand opening ceremony at 9:45 a.m. Sunday. Betty Ann Jasper, store manager at Michaels, said she is excited to be filling a need for the crafters of the Ohio Valley.

The retail space at the mall previously was occupied by a Pat Catan’s Arts & Crafts store. In January, The Michaels Companies parent firm announced it would close all 36 of its Pat Catan’s stores in Ohio and neighboring states, but 12 of those stores were slated to reopen this year as Michaels craft shops. The Ohio Valley Mall location is one of the stores that was rebranded.

“If it’s any indication from our soft opening, I would not be surprised to see 100 people lined up out the door,” Jasper said about the upcoming ceremony.

She said the store had a great soft opening despite the fact many people still are unaware the craft store is now officially open.

“I’m very excited about the opening, happy to have a crafting store back in the valley,” she added.

Ohio Valley Mall officials and Michaels employees will be present at the event along with Belmont County Commissioner Jerry Echemann, who will cut the ceremonial ribbon on Sunday.

“We’ll do the ribbon-cutting ceremony and then let everyone in the door,” she said.

“We have so many things to give away for our customers,” Jasper said. “We will give away a prize every hour from 11 a.m. on, until we close.”

The store will reward early risers with $10 gift cards and Michaels reusable totes for the first 100 customers to enter the craft store on Sunday. The store also will have a multitude of giveaways every hour from 11 a.m. onward throughout the day, including prizes such as a $100 gift card and a Cricut Explore Air and Fuji gift bundle. Furthermore, the craft store will have door buster sales every day in the coming week.

The craft supply store plans to begin its “Kid’s Club” from 10 a.m. to noon on Aug. 31. The face painting activity will be free to those who attend. A “Make-Break” will follow from 1-3 p.m.

“We had a large turnout from when we held the events at Pat Catans,” Jasper said. “It’s defiantly a good thing to continue moving forward.”

In the future, Michaels hopes to begin to offer classes including card-making, scrapbooking, knitting, crocheting, painting and more. Instructors are needed and must sign up online at michaels.com/teach.