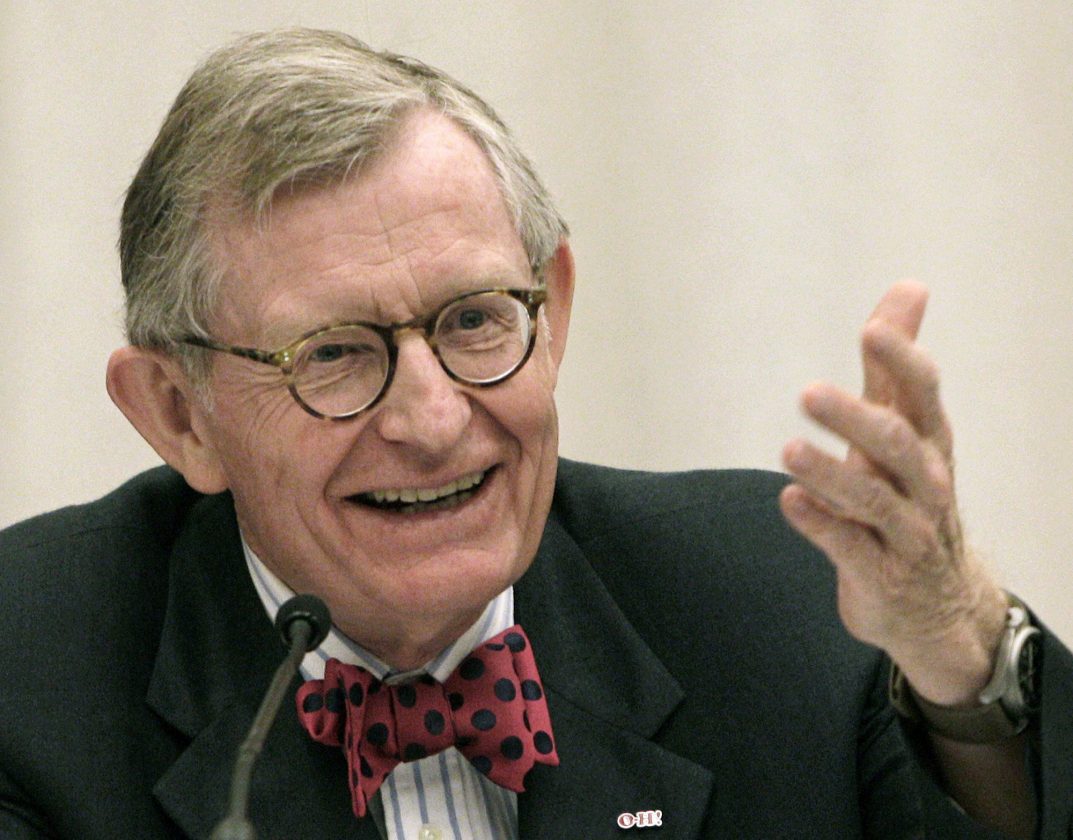 COLUMBUS, Ohio (AP) — West Virginia University President Gordon Gee and former Ohio Gov. John Kasich are creating a nonprofit that will fight to steer cash from any national opioid settlement to hospitals, rather than to local and state governments already sparring for control of the dollars.

Gee and Kasich say Citizens for Effective Opioid Treatment, a 501(c)4 organization announced Thursday, will educate policymakers and the public about the negative impact the opioid epidemic has had on health care infrastructure and advance health-related research solutions to the crisis.

“It’s an educational effort,” Gee said. “We want to help people understand that this is a crisis and that the caregivers — the hospitals, in particular — are really leading the charge in order to be able to both give care and solve the problem.”

The duo’s plan is the latest move in a tug-of-war over what to do with the potential billions that could flow from a national opioid settlement with drugmakers and distributors, if one is reached. Some individual settlements with counties and states have already been reached and larger pharmaceutical companies could yet cut deals as the clock ticks toward the first trial, which is set for October.

Local governments are asking the Cleveland-based federal judge who is overseeing the majority of more than 2,000 lawsuits over the toll of opioids to let them distribute money among themselves. They say being able to negotiate as a group on behalf of all or most local governments would make it possible to reach a deal with the industry.

They argue the crisis has hit local governments especially hard as they’ve needed to spend more on police, jails and other programs.

Most state attorneys general oppose that plan, saying the states would be in the best position to dole out money to local governments and to create larger scale prevention and treatment programs.

Both Gee and Kasich said their nonprofit isn’t intended as an attack on local governments. But Kasich, who was criticized as governor for cuts to the state’s local government fund, said large sums of undedicated money can tend to migrate.

“I’m not here to kind of tell the attorney generals what to do. If they can get a settlement and these communities can be reimbursed, good for them,” he said. “But I don’t want the money to go to fill potholes or to fill a budget gap or something like that. I want the money to go to the people who are on the front lines, because they are right up against the wall.”

Gee and Kasich developed a relationship when Kasich was Ohio’s governor, beginning in 2011, and Gee was president of Ohio State University.

Gee — himself a prolific fundraiser — said he enlisted Kasich’s help with the nonprofit for his political acumen. Gee called Kasich “a rainmaker and a door opener” who “knows everyone.”

Under IRS rules, the new tax-exempt nonprofit — which can raise unlimited amounts and not disclose its donors to the public — must “primarily” engage in social welfare and helping the community, meaning at least half its budget has to go to activities such as education rather than to political lobbying. Gee said a companion entity is planned whose collections can be spent more freely.

Hospitals in West Virginia, including one system separately chaired by Gee, sued some of the largest makers of the powerful painkillers in April, seeking monetary damages to cover the costs of the crisis. The epidemic has spread to include street drugs, such as heroin and illegal fentanyl.

The U.S. Centers for Disease Control and Prevention says opioids were involved in more than 47,000 deaths in both 2017 and 2018.

Gee said hospitals have had to cope with front-line health care costs, the space requirements of patients unable to go home, the associated medical needs of children and newborns and added workload and security costs.

He said the nonprofit will solicit private donations to spread its message. Kasich said he will speak out publicly, write op-eds and appear in videos.

The idea of having a private foundation handle at least some of any money from an opioid settlement isn’t new. A group of public health groups including the Public Health Advocacy Institute at Boston’s Northeastern University filed papers in court in May calling for such an entity. The group said one of the successes from a 1998 national tobacco settlement was the $1.7 billion that went to such a group and helped reduce youth smoking.

But this approach makes some people bristle. Earlier this year, OxyContin maker Purdue Pharma and members of the Sackler family, which owns it, agreed to a $270 million settlement with the state of Oklahoma. Much of that money went to a research and treatment center at Oklahoma State University. Some lawmakers complained that they, rather than the state attorney general, should have gotten to decide what to do with the settlement.

In July, a group of state lawmakers in West Virginia asked their state’s attorney general for control of a $37 million opioid settlement with the drug distributor McKesson, arguing they were the ones best suited to assure the money went to treatment programs rather than administrative costs. Attorney General Patrick Morrisey responded in a statement that it’s important to “attack the drug epidemic holistically.”