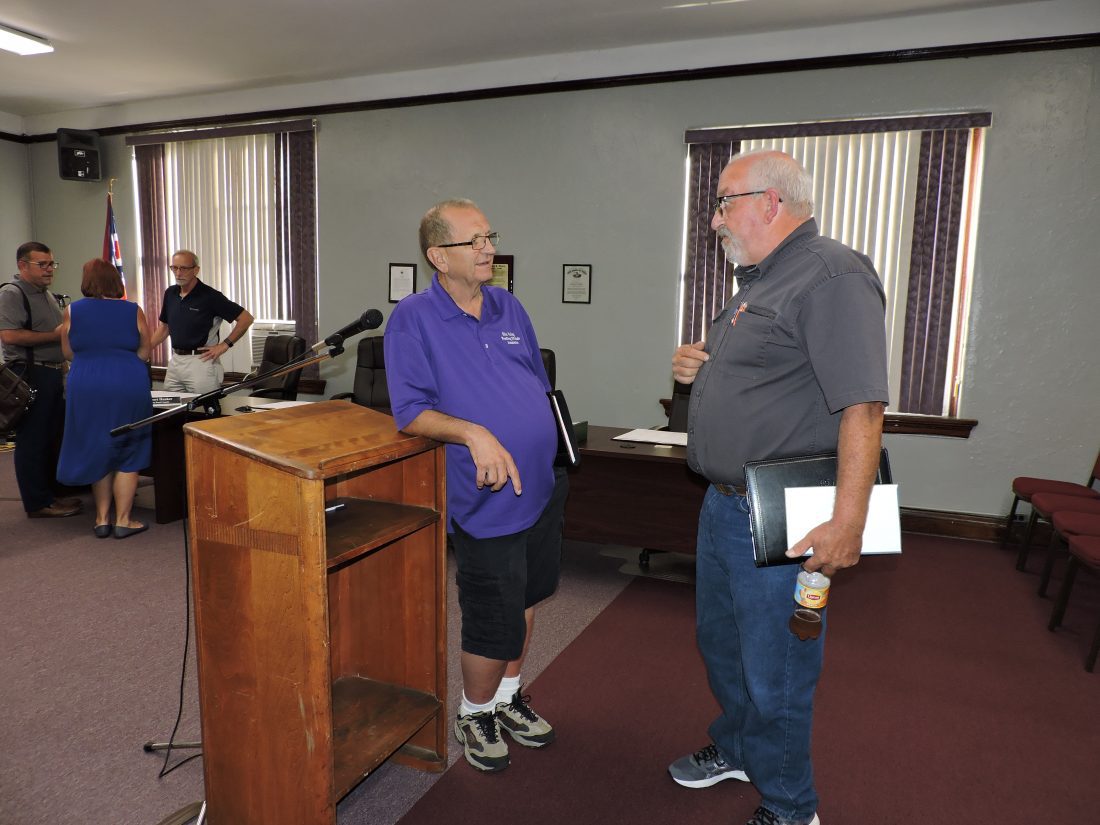 MARTINS FERRY — City officials are not giving up on trying to keep East Ohio Regional Hospital from closing in the next few months.

At a Martins Ferry City Council meeting on Wednesday, Mayor Robert Krajnyak said he and other city officials have been making phone calls to state and federal legislators in the hope they can help keep the facility from closing.

The hospital’s owner, Alecto Healthcare Services of Irvine, California announced Aug. 8 that it planned to close the facility in 60-90 days, along with its sister hospital, Ohio Valley Medical Center, in Wheeling.

Krajnyak said he, along with Service Director Scott Porter, are to meet with U.S. Rep. Bill Johnson, R-Ohio, and hospital officials, including CEO Daniel Dunmyer, this afternoon at EORH.

The goal of the meeting, Krahnyak said, is to determine if there are any options to keep the hospital open or to find a buyer.

“I think there is reason to be optimistic. … It’s too viable a building to let sit empty,” he said.

Porter said the city is working to determine just how big a financial impact losing the hospital will have on the city’s budget, such as the income tax collections and water department sales.

In other matters, Porter said repaving of a portion of Clinton Street is complete. Work to patch a damaged portion of Alumni Road also is done.

“We dumped 23 tons of asphalt on Alumni Road,” Porter noted, adding that a section of guardrail still needs to be installed.

Meanwhile, Porter said he asked the Ohio Department of Highways to cover the entire bill for work to fix slips on Ohio 647 in the city. ODOT wants the city to cover 20 percent of the cost, but Porter said the city’s street department fund does not have enough money in it. He noted with the coming closure of EORH, the city needs help. Porter said ODOT is considering his request.

In response to Councilman Rick Rodgers’ inquiry, Porter said an architect is working on a report regarding the state of the city building. A piece of metal fell off the structure a few weeks ago, forcing the city to block off a section of parking beside it.

Rodgers also asked Porter to have overgrown trees and weeds trimmed on a section of Ninth Street. Porter said city workers are playing catch-up on trimming duties. However, residents can still put in work orders for such projects by calling the utility office at 740-633-6151.

Also, Councilman Tom Burns said he is continuing to work on the storage building at Riverview Cemetery. A committee, which includes himself, police Chief John McFarland, Sgt. Beth Scales, resident Terry Wildman, Councilmen Bruce Shrodes and Robert Hunker, is working to develop a plan to rehabilitate a monument to veterans atop the cemetery. The work may include restoration of an eternal flame and the addition of new flag poles.

Councilman Jack Regis Sr. said he wanted to commend Grace Church for its work to open a new Youth Center on Hanover Street along with a used clothing store on Fifth Street.

Council also heard the second reading of a resolution that calls for opposing plans for a new injection well in Belmont County. The resolution will pass on third reading at the next meeting. 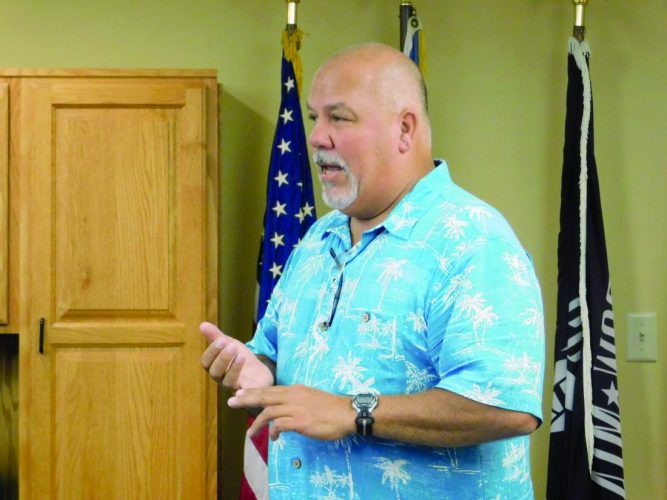 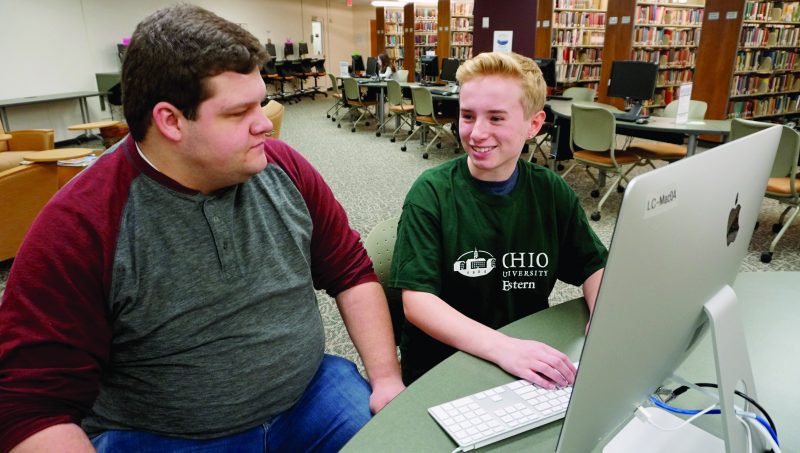 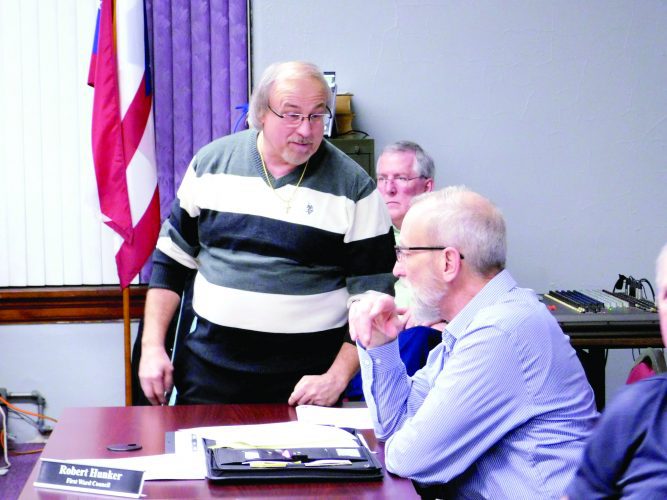