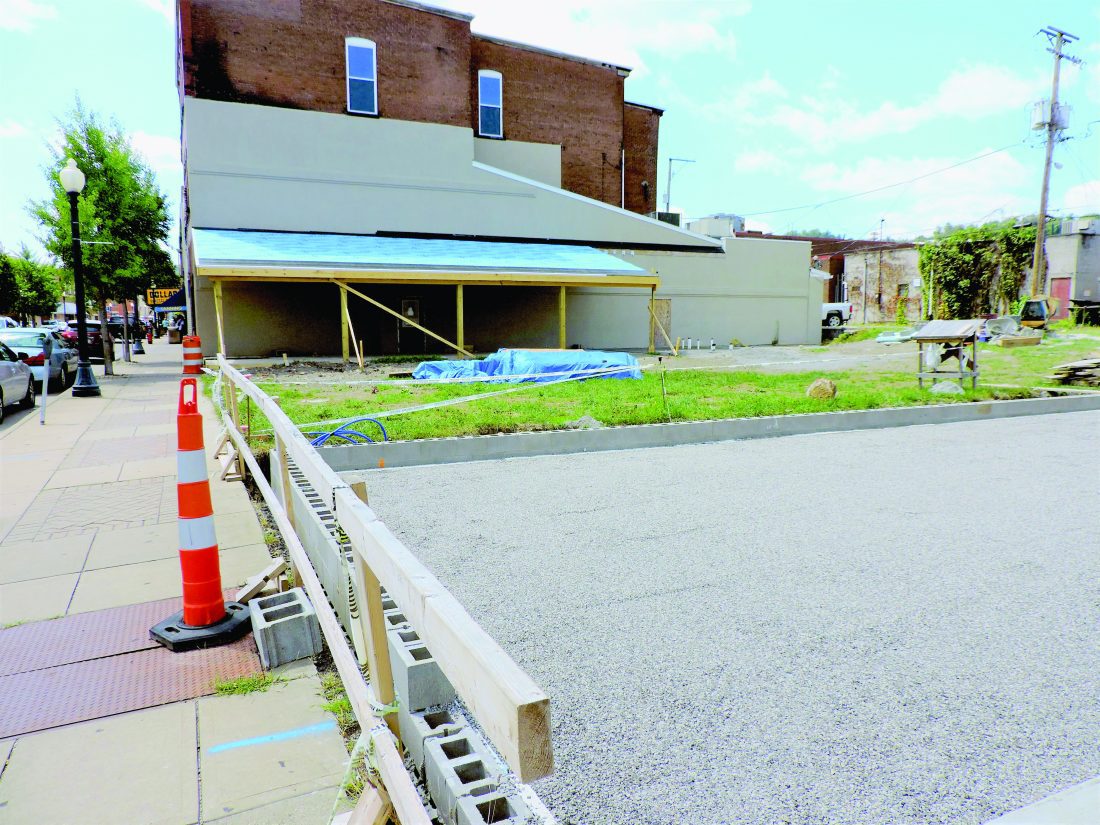 T-L Photo/SHELLEY HANSON RISING FROM the ashes is new business life on Fourth Street in Martins Ferry. In the foreground, construction of a new Dance Factory building site continues, and in the background, work continues on the future site of the Belmont Brewery Works.

MARTINS FERRY — Following a fire three years ago in the business district, the section of Fourth Street left empty by that massive blaze is starting to show signs of new life.

The area where buildings once stood filled with businesses and offices became vacant lots after the structures had to be razed after a fire occurred there in the middle of the night in October 2016.

The Ohio State Fire Marshal’s office at that time said they could not determine what caused the fire, which started in the Winters Hardware store building. It spread to adjacent buildings including the Martins Ferry Flower Shop, Stecker law office, the former Primo’s shop, a New York Life insurance office and the Downtown Grille.

But it took a while for anything to happen to the empty lots. The damaged buildings were razed fairly quickly, filled in and reseeded. Only in the past few months has activity on a couple of those lots began to occur.

In the L-shaped lot once occupied by Stecker law and the insurance office, the land is being prepared for a new building for the Dance Factory, a children’s dance class. Its current location is across Hanover Street from the new site.

The new site and future building will be owned by Ashley Pietro and Jessica Trout, who both co-own the Dance Factory.

Pietro said the new dance studio will be one-story and wrap around the Subway, due to the shape of the lot. Ferry Realty Inc. — which owned the lots previously occupied by Stecker law, New York Life and the former Primo’s — sold the property to the Dance Factory.

Krajnyak’s son Kyle has been making micro-brews for many years — this will just be on a larger scale.

“I’m looking forward to it opening up — I can’t wait,” the elder Krajnyak said. “It’s something that’s much needed. It will be a place that people can get something to eat, too. It’s something, besides our citizens, that a lot of people from out of town will want to see.”

Where the Downtown Grille stood is where a new covered patio area is being constructed for the future brewery.