Purple complex project expected to be finished in 2020 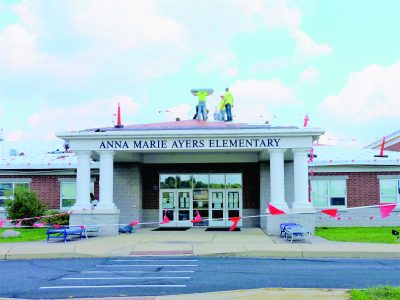 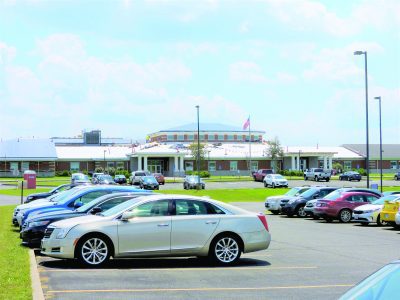 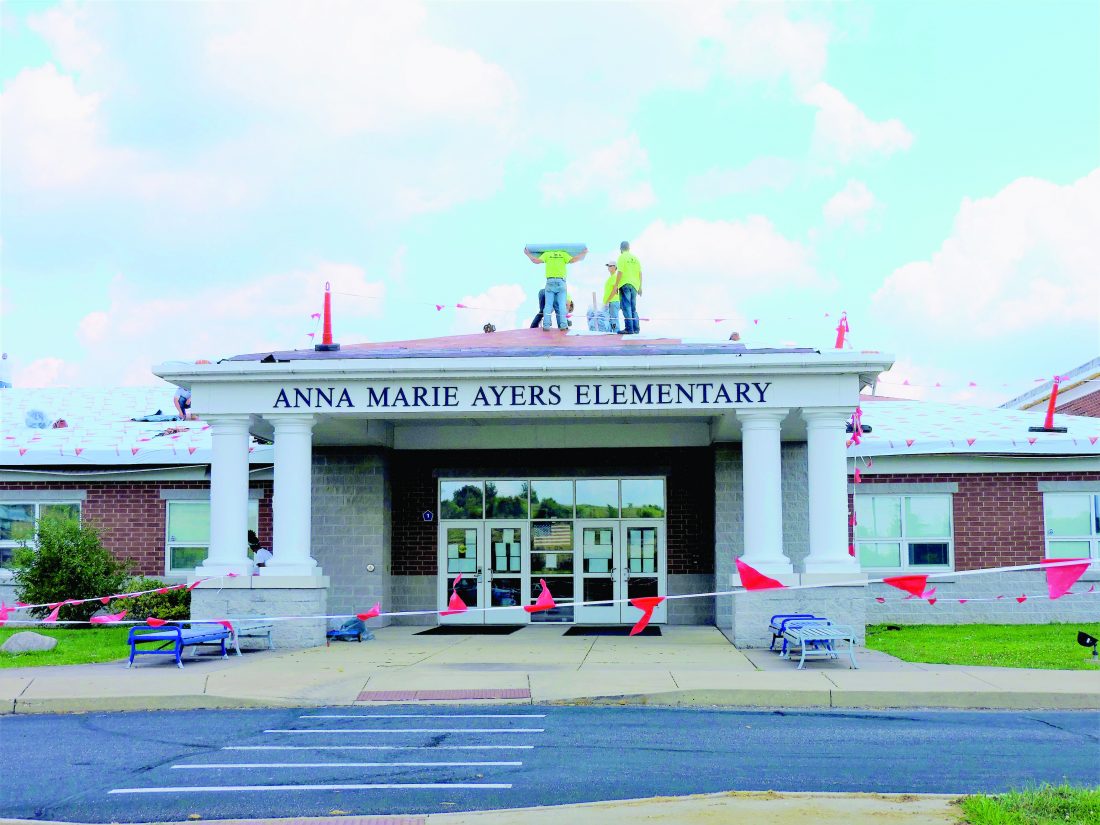 MARTINS FERRY — Work to replace the roofs of Martins Ferry Schools buildings is expected to be complete by January, said Superintendent Jim Fogle.

The $7 million job to replace the roofs on both the middle/high school building and elementary school building was deemed necessary as each had been experiencing leaks over the years. The leaks kept getting worse despite the district’s efforts to patch them. The district believes the work done of the roofs was done improperly when the buildings were constructed about 11 years ago.

When the board of education had originally approved the companies working to construct the buildings more than a decade ago, there were strict guidelines put in place by the Ohio School Facilities Commission. Because of this, possible litigation is pending against one or more companies who were involved with the project.

Last February, the Martins Ferry City Schools Board of Education approved the $7 million bid to replace the roofs on both of the school buildings. Board members Brian McFarland, Dorothy Powell, Scott Ballint and Bill Suto unanimously approved the bid from Mansuetto Roofing and Sheet Metal of Martins Ferry. The $7,075,800 bid was recommended for approval by a consulting company, Mays Consulting & Evaluation Services, Inc. 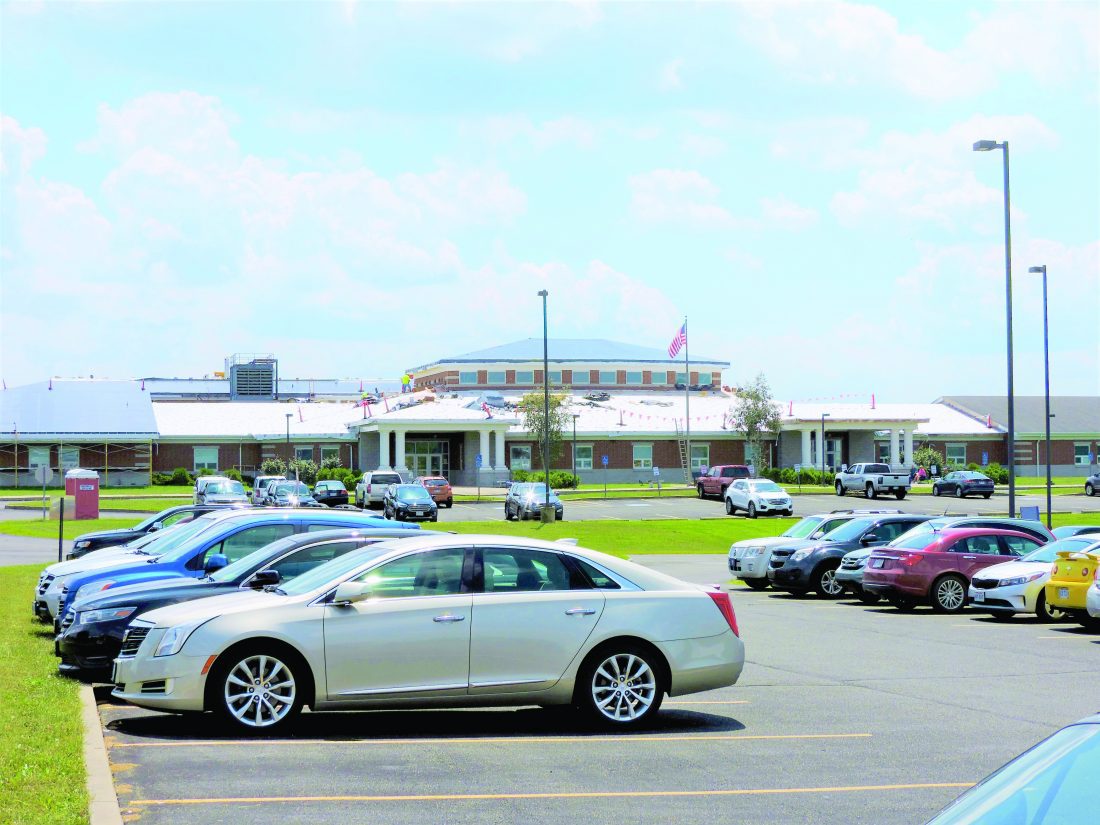 The new roofs are expected to last 20 years and are made of a PVC-based material.

Fogle said the work has been extensive because it involved replacing damaged wood underneath the old shingles. There have been six weather-related delays since the project began. Originally the project’s completion date was set for Dec. 20, but because of those delays, it has been moved up to Dec. 26. Since that is the week of Christmas, Fogle said it is likely the completion might occur sometime at the beginning of January.

The roofs will have a very different look; instead of being lighter-colored and textured, they will be smooth and a dark gray.

It was brought up at the time of the board’s vote that Mays was hired to determine which company would be the best bidder for the project instead of the board just choosing the lowest bidder.

The board noted that it had hired a law firm, Bricker and Eckler of Columbus, to investigate who is at fault for the current roofs’ failures. The firm is tasked with trying to determine if it was the fault of the designers/engineers, the roofing companies, subcontractors or manufacturers of the shingles and materials used.

The board noted previously that the Ohio School Facilities Commission was a major player in the decision about who to hire for the original construction project since it covered 75 percent of the cost of the new schools. This is one reason why Mays Consulting was hired — to make sure the district did its due diligence in hiring a roofing company. 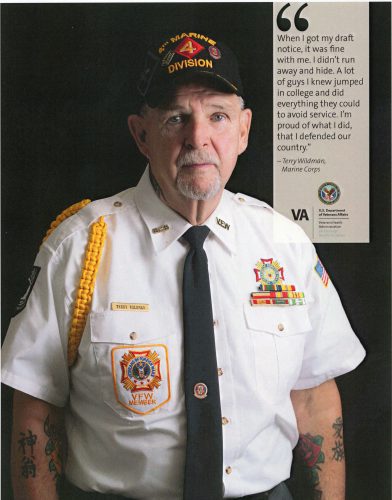 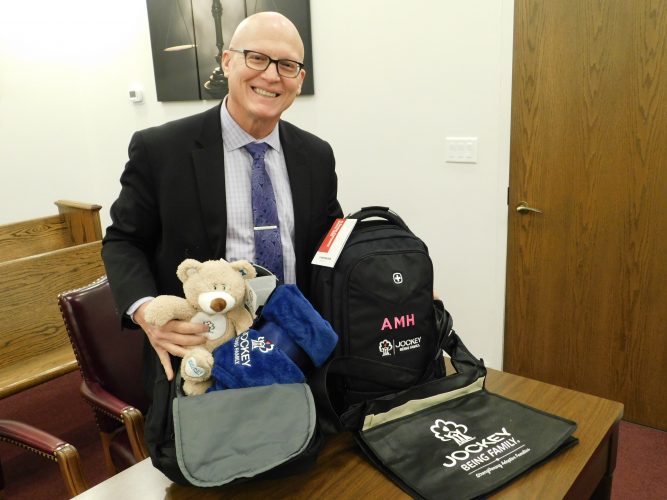