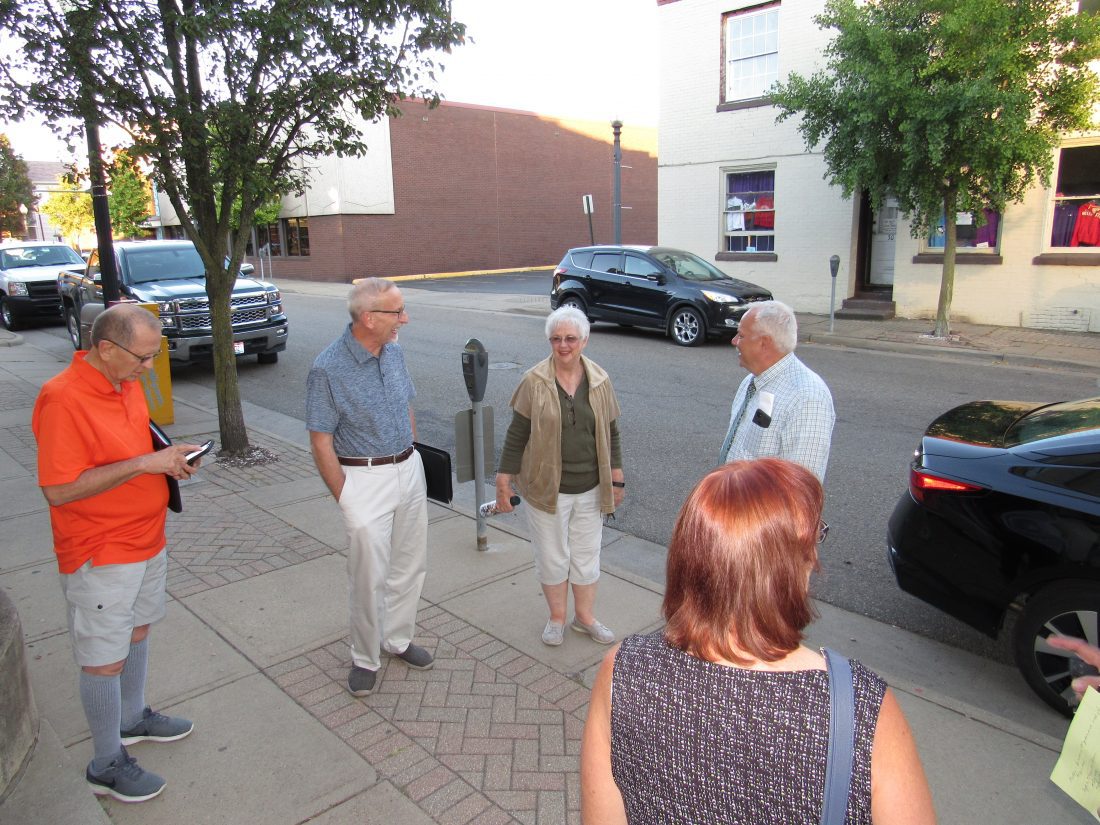 MARTINS FERRY — The Martins Ferry Recreation Center soon may become a branch of the YMCA of Wheeling.

Mayor Robert Krajnyak said he is working on a possible deal to have the Y take over management and programming at the Rec Center, which features a gymnasium, meeting room with kitchen, weight room, outdoor swimming pool and more. It’s also home to the Daily Bread Center food pantry.

Coincidentally, Councilman Jack Regis Sr. introduced a resolution to have the Martins Ferry Park Board disbanded. Regis said he has been unhappy with the way the board has managed the center and other properties since former board president Larry Deaton retired.

Regis also mentioned he did not like the way the board recently ended the employment of one of its part-time workers, Larry Riser. He said Riser received a letter regarding his termination instead of being told in person. Regis said Riser did a good job cutting grass at the park and doing some maintenance inside the Rec Center. When asked why Riser was let go, Regis said he believed it was simply a matter of personality conflicts.

Regis said he had planned on introducing the resolution to have the board disbanded and then learned of the possible YMCA deal. Now he hopes by the resolution’s third reading, the deal will be complete.

Krajnyak said if done properly, a deal with the Y would be beneficial to the cityás residents.

“They are interested in coming over and taking over our recreation department, our building and our swimming pool, and putting all their programs in,” he said. “They would staff it, and we would no longer be responsible for staffing it.”

Council authorized Krajnyak to continue negotiating with the YMCA.

The YMCA “said if council approved this … they would be ready to start up in as little as 30, not more than 60 days,” Krajnyak said, noting city Law Director Paul Stecker would need to create an agreement. “I think it’s something that would be a huge benefit for our community and our citizens.”

“The financial end of it, I think it’s going to be they would pay us a percentage of all the revenue they bring in,” he added.

After the meeting, Councilmen Robert Hunker and James Schramm both said the Y deal sounds like a good idea, if done properly.

Meanwhile, Krajnyak said he still is working with local legislators and Gov. Mike DeWine’s office to try and find a buyer for East Ohio Regional Hospital. The hospital is expected to be shut down by its owner, Alecto Healthcare of Irvine, California, on Oct. 7. Krajnyak said he has spoken with the building’s owner, Medical Properties Trust of Alabama, which is trying to find a new company to lease it.

“There are so many rumors flying around out there and we’re trying to wade through those. … It keeps us busy. We’ve been in constant contact with all of our legislators and even the governor’s office. Supposedly the governor had a conversion with (Alecto CEO Lex Reddy) on Friday,” Krajnyak said. “I’m waiting for some information from (the governor’s) office.”

Krajnyak said he also is working to set up a face-to-face meeting with a health care provider — the name of which he did not mention — Reddy, MPT, legislators and possibly DeWine.

In other matters, Councilman James Schramm inquired as to how police Sgt. Beth Scales was doing following an accident. Chief John McFarland said Scales came back to work on Wednesday. Scales received minor injuries when her parked police cruiser was struck by a suspected drunk driver. She was reaching into her vehicle when it was struck.

Also back to work following an illness is city Auditor Rita Randall, who said she will be in the office two days a week for now. She noted she needs to get her leg strength back up but is happy to be back at work.