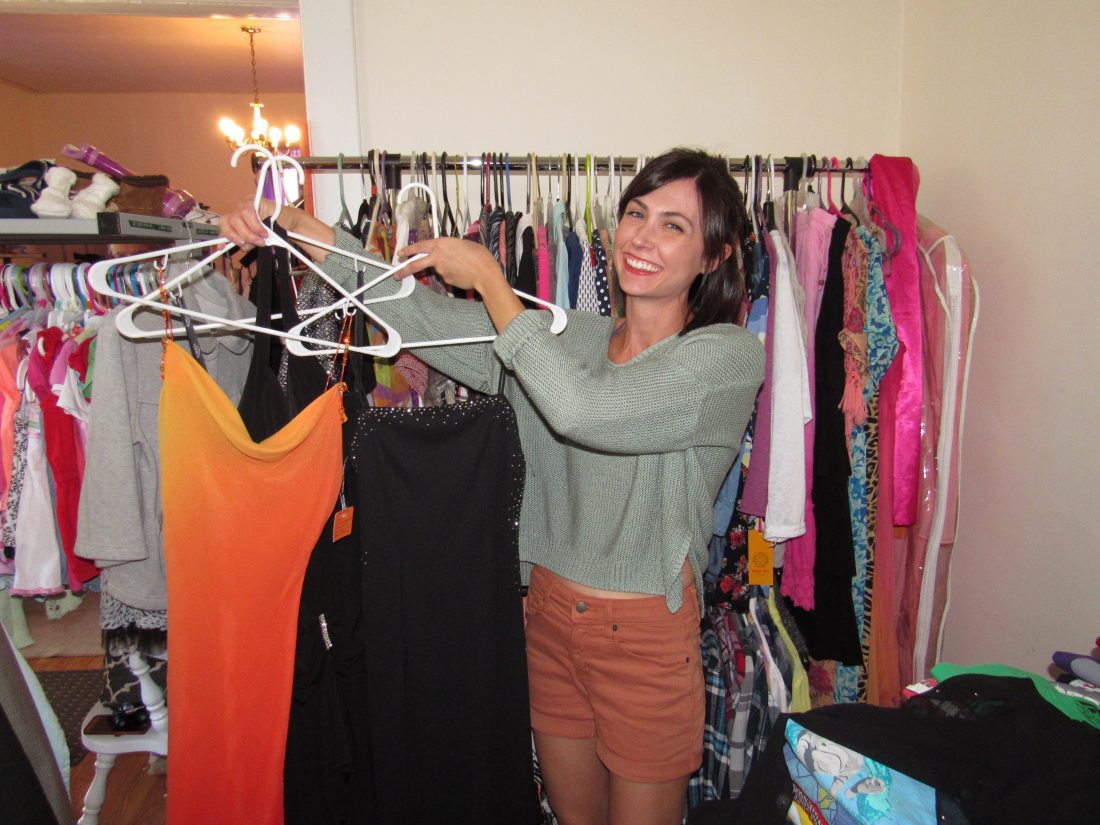 T-L Photo/SHELLEY HANSON RE-THREAD VOLUNTEER Lainie Suriano holds up some of the gowns available at the shop.

MARTINS FERRY — What started out as a means to help children attending a youth center has blossomed into a full-fledged clothing shop for the community.

Dubbed Re-Thread, the free clothing store has taken in, washed and put out thousands of pounds of donated clothing, shoes, accessories and more for anyone to browse and take. There is no income requirement.

Located on Fifth Street across from the Martins Ferry City Building, Re-Thread is a ministry of Grace Presbyterian Church. The building was purchased by Grace member John Davies, who is donating the building for this cause and others.

“We have a lot of great people who take a challenge and not worry about the risk,” said the Rev. William Webster, pastor of Grace.

Volunteers have been working at the store when they have time to spare. For now, the store is only open from 3-5 p.m. Mondays and Wednesdays and from 10 a.m. to noon Fridays. However, as more people volunteer the store can stay open additional hours, said volunteer and church member Wendy Suto.

Those who are interested in volunteering at the store can call Grace Church at 740-633-2699.

Webster said with the opening of the youth center beside the church on Hanover Street this year, volunteers there noticed the children who attend the center were in need of clothing for back-to-school time.

“It started with the youth center. Some of the kids don’t have anything. … Now it’s open to all who need clothes in the valley,” he said. “We’ve received (monetary) donations from as far west as California to as far south as Florida.”

Suto noted when they first opened the store, the shop had 1,500 pounds of donated clothing to wash and sort. They received free help with the washing from Suds Ur Duds of Belmont.

In addition to the clothing, the shop also has some free hygiene items such as toothpaste, toothbrushes and soap. Thanks to monetary donations, the shop has also been able to give away new socks and new underwear.

Suto said the shop could use more donations of clothing for school-aged children, especially for boys. Men’s clothing also is needed. New socks and new underwear also are be accepted. And with homecoming just around the corner at most schools, gowns are requested.

Davies, who is a contractor by trade, is in the process of working to rehabilitate the front part of the building for use as the new youth center spot. There is electrical and plumbing work that needs to be done, he said, in addition to cleaning and painting. Davies said he plans to renovate a couple apartments on the building’s upper floors for use as emergency shelter spaces. The apartments will be furnished. For example, if someone loses their home due to a fire or some other disaster, they could live in the apartments temporarily. 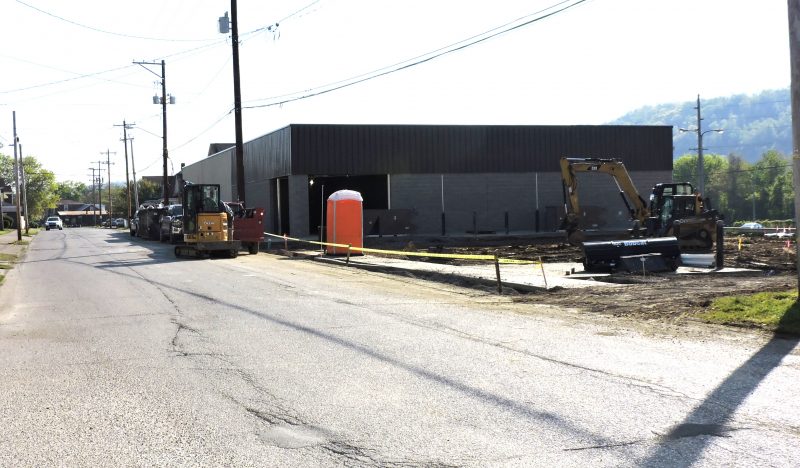 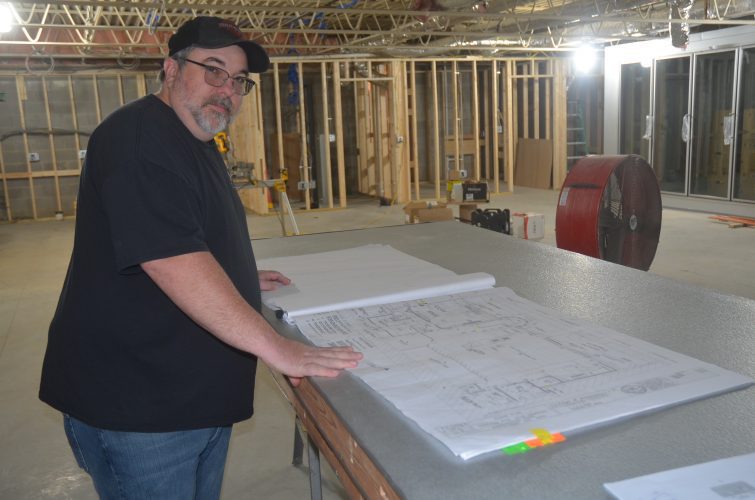