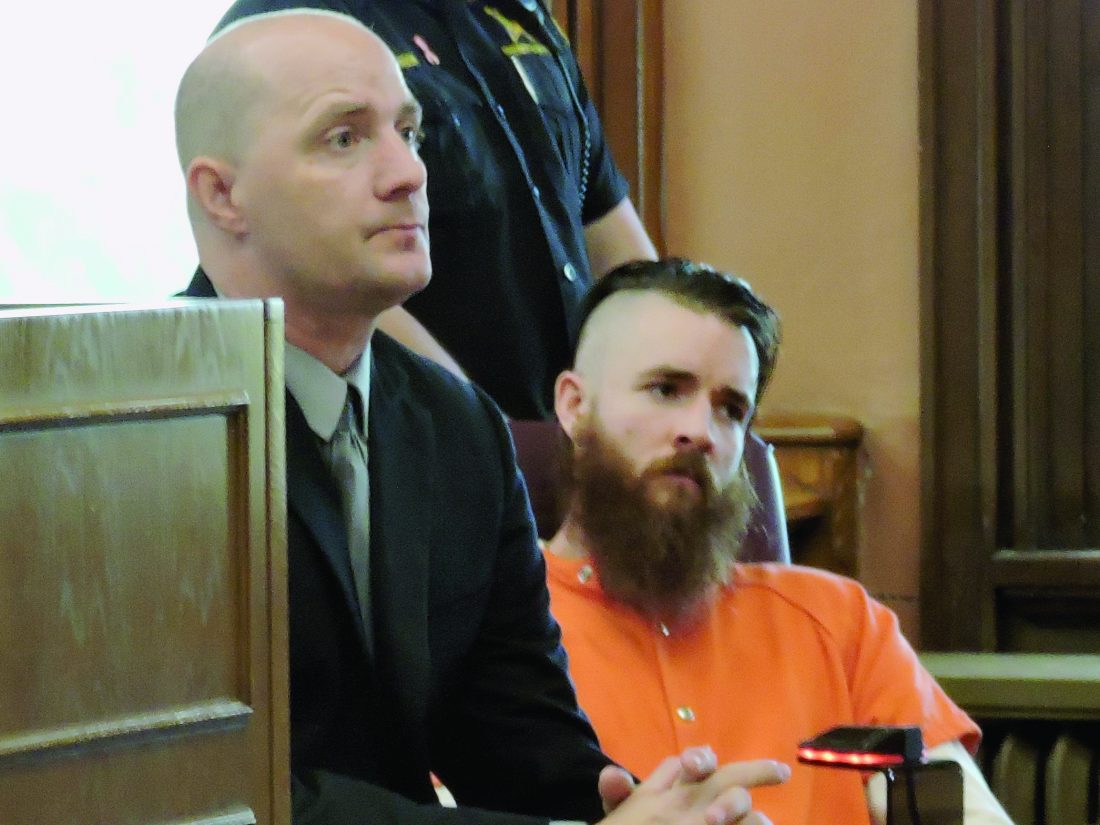 CADIZ — A man accused of rape was back in court Tuesday morning for a pretrial hearing.

Logan Murral, 28, of Bowerston was scheduled for his final pretrial evidentiary hearing before Common Pleas Judge T. Shawn Hervey at the Harrison County Courthouse. Murral was arrested July 12 for the alleged rape of an 18-year-old female, a felony of the first degree. Assistant Prosecutor Jeffrey Bruzzese said the victim was acquainted with the defendant prior to the incident. The alleged rape occurred outside of Bowerston, according to a previous statement from Prosecutor T. Owen Beetham.

Murral waived his right to a speedy trial at the hearing. He had requested a change of counsel prior to the hearing. Murral previously was represented by Public Defender C. Adrian Pincola. He is now represented by Kevin C. Cox of McCleerly Law Firm in New Philadelphia, Ohio, who he retained himself. The agency also has an office in Cadiz. Bruzzese had no objection to Murral’s request.

“You have the right to have your trial heard within 270 days of notice,” Hervey said to Murral.

Hervey said a new trial will be scheduled for further proceedings at a later date.

The charge of first-degree rape carries a sentence of one to 11 years in prison. Murral remained in the Jefferson County Jail on Tuesday, where he was lodged in lieu of $250,000 bond.

Also among those who appeared in common pleas court Tuesday was Timothy J. McDonald II of Tippecanoe. McDonald’s arraignment was held Tuesday. He is accused of burglary, a felony of the second degree, and theft. Hervey read McDonald’s charges to him.

On Sept. 21-23, McDonald allegedly entered by force, stealth or deception and trespassed an occupied structure that is the permanent or temporary habitation of any person. The offender was present or likely to be present with the purpose to commit a criminal offense, that offense being theft, Hervey read.

The charge of burglary carries a sentence of two to eight years in prison, Hervey said.

“There is a presumption that you will receive a prison sentence and you also may be fined up to $15,000,” he said.

McDonald is also charged with the theft of the victim’s credit card. The charge carries a penalty of six to 12 months imprisonment and a possible fine of $2,500, Hervey said.

McDonald entered a plea of innocent. Bruzzese recommended a bond of $150,000 due to the defendant’s criminal background. Hervey reviewed McDonald’s record and agreed with the amount.