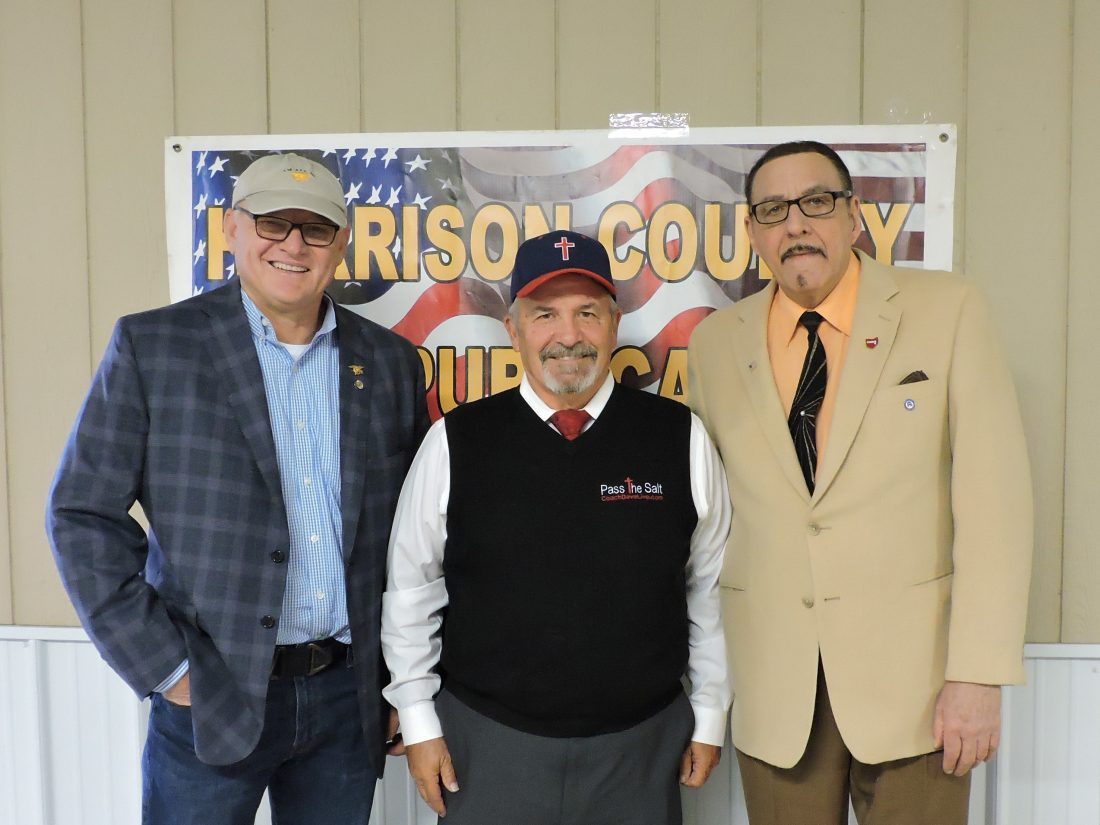 “It’s bringing together like-minded people together. They believe in the Constitution, they believe in Christian values, they’re very patriotic, they care about the pledge of allegiance, sanctity of life, our way of life; that the founders intended for this great nation,” he said.

Those who attended the event embrace all the aforementioned qualities, Harrah said. “We’re out here to show solidarity and to try to get our message out and try to follow through with our ideals and values to make this nation the greatest nation in the world, and the freest,” he said.

Dozens of local elected officials, representatives and committee members attended the soiree. State Rep. Don Jones, R-95th District, said when it was time for him to run for office, it was time to make a change.

Following a steak dinner, Coach Dave Daubenmire served as the evening’s keynote speaker at the event, which many of the party’s committee members were honored and looking forward to. Harrah said the event is one of the party’s largest fundraisers and was thrilled to have such a renowned speaker at the event. Daubenmire said he is an encourager and was honored to be asked as the keynote speaker for the event.

Daubenmire is a former high school football coach who was sued by the ACLU for praying with his team in 1997. Since then, Daubenmire has been involved in the “Pass the Salt” ministry, which he started shortly after his depart from coaching.

“I spent 30 years as a high school football coach, I like to encourage people. I’m just here to exhort people, that they can still individually make a difference; individually and together,” Daubenmire said.

The country has sadly become so divided, he said. However, Daubenmire said people do not think that much differently.

“When it gets right down to it, we all want the same thing. They all want a good safe country, they want their kids to grow up in a good, moral environment; that’s what they’re looking for. But, this whole divide and conquer that’s going on politically is really drawing the line and people are being forced to choose one side or the other. It’s not good for the country and it’s not good for small communities,” he said.

Everyone just needs encouragement, Daubenmire said, that everyone can make a difference.