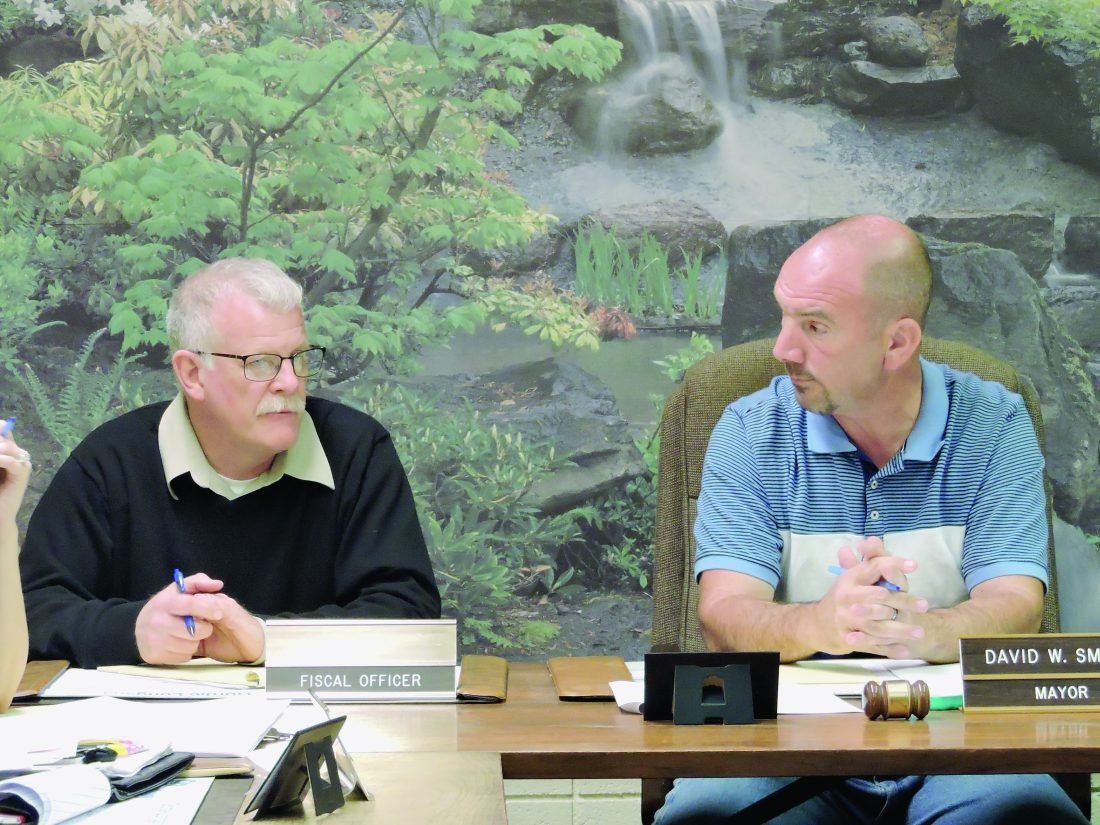 BRIDGEPORT — The village has spent more than a year without a fiscal officer, however that has changed with a new hire recently.

With the recommendation of financial supervisors Bob Burlenski and Justin Sloan, Village of Bridgeport Council approved the hiring of Chris Kirby in August for the position of village fiscal officer. Mayor David Smith introduced Kirby at Tuesday’s regularly scheduled meeting.

“He’s (Kirby) been doing a phenomenal job. … The man is sharp and he knows what he’s doing and he’s really getting some stuff accomplished,” Smith said.

Kirby said all of the village’s bills are now up to date as of a week ago.

“There’s still a lot of work to do, specifically with holdings, taxes, bureau of workers comp., all those good things to deal with,” he said.

The village has yet to start the bank reconciliations, Kirby said. Sloan, of the Ohio State Auditor’s Office, has been assisting Kirby with the paperwork.

Solicitor Michael Shaheen raved about Kirby’s performance since his hire.

“I very much appreciate your efforts,” he said to Kirby.

Smith said that Kirby’s title includes “interim,” because he does not plan on staying with the village for the longterm. However, Smith said he hopes to have Kirby for at least a few more years.

“Right now I have zero intentions of even looking for a new fiscal officer, until he (Kirby) comes to me and tells me ‘everything is completely up to date and the reconciliations are done.’ Then we will advertise for an interested person and Mr. Kirby will be training that person,” Smith said.

Smith said he is in no hurry to bring in another officer until the “plate is nice and clean.”

“The body cams that we purchased a year and a half ago, we’re down to one now, they quit working. … So we have one camera that will record a five-minute video,” Bumba said. “So I have officers working the road with no body-cams.”

The total amount for the proposal is $28,000 and includes seven cameras, docking station, software and cloud space, he said. The amount can be made in payments, Bumba said. The first installation would be due in January for $9,000, every year following would be a payment of $4,872.

“In year two-and-a-half, they ship us all new cameras. We ship the old ones back,” he said. “So we’ll constantly have a new rotation of cameras every two years.”

Bumba said that currently, the department has no way of redacting any of the video, which is necessary in certain cases that include minors and inside of homes.

“It’s quite pricey, but when you look at the future of it; like I said the redaction part is the big key, I don’t have the ability to redact anything right now,” he said.

Kirby recommended waiting until the beginning of the year for the new purchase.

“Right now, the police department is below what was projected for them to spend, so if we can continue down that road, I don’t see why we couldn’t do it,” Kirby said.

Council will have a decision by mid-December on whether the village will be able to afford the purchase.

In other matters, Councilwoman Norma Teasdale reminded residents that the village’s trick-or-treat will take place from 6-7:30 p.m. Halloween day. The police officers and members of the fire department will perform safety checks throughout the village and handing out treats, she added.