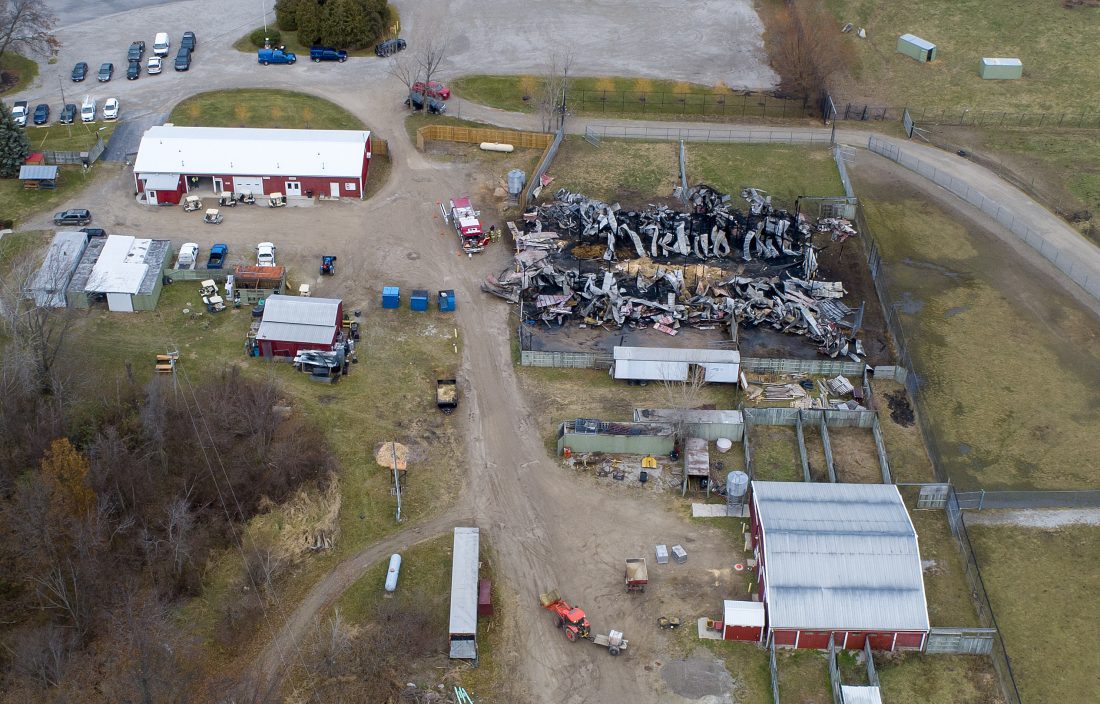 PORT CLINTON, Ohio (AP) — At least 10 animals have died in a barn fire that erupted at an Ohio wildlife park, officials said.

Springboks and bongos are types of antelope.

Officials captured a loose zebra and a giraffe that escaped, The Toledo Blade reported.

The cause of the fire is under investigation. No humans were injured.

The only person on the property at the time of the fire was a person who lived on the grounds, serving as a manager and gamekeeper, Danbury Township police officer Carolyn Demore said. Park co-owner Holly Hunt told news outlets that the manager noticed his power flickering and saw the fire when he walked outside.

African Safari Wildlife Park officials posted on Facebook that they were “devastated by the loss of animals.”

“We are grateful that our staff is safe and no one was injured, but the loss of the wildlife that we care for every day is tragic for our team members who love these animals,” the post read. “We are still assessing the loss of wildlife that was housed in the barn for over-night care and security.”

The park was closed to visitors Thursday for Thanksgiving and was supposed to reopen Friday, before closing for the season Sunday. The park will now be shut Friday.

The park is a drive-thru wildlife park, in which visitors can watch and feed animals on the 100-acre (405,000-square-meter) property. According to its Facebook page, it celebrated its 50th season in 2018.

Port Clinton is on Lake Erie in northern Ohio, between Toledo and Cleveland.