Family whose son is in cancer remission paying it forward 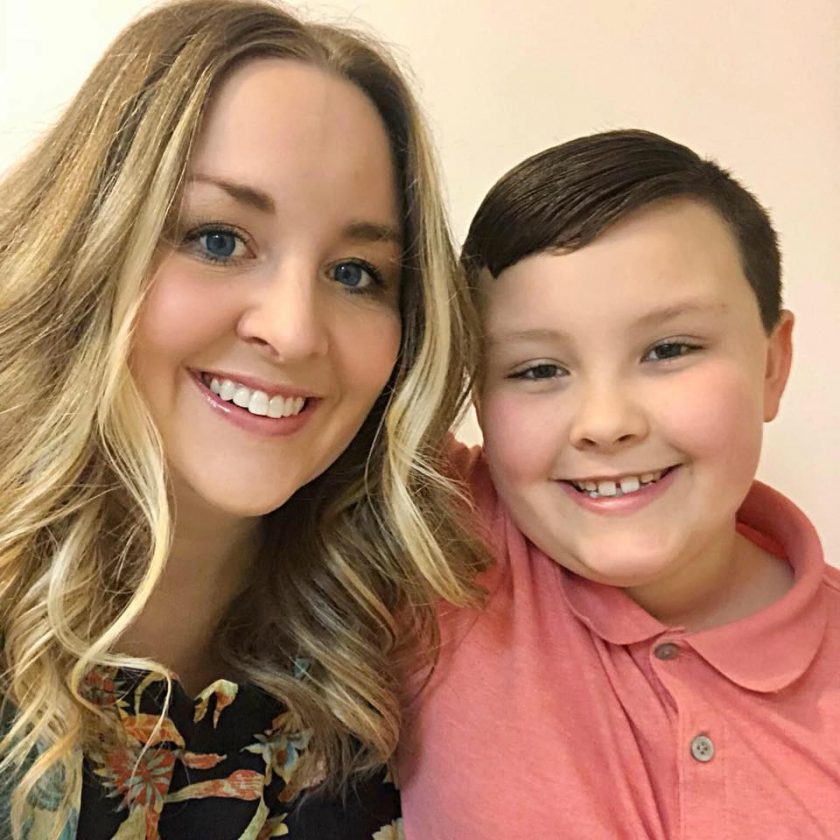 Photo Provided DOMINIC ALEXANDER poses with his mother, Erica Alexander of St. Clairsville. The family is hoping to raise money for A Special Wish Foundation Ohio Valley Chapter. The organization provided Dominic with a trip to Disney World while he was fighting cancer.

ST. CLAIRSVILLE — This Thanksgiving the Alexander family is thankful for more than just the turkey and dressing they will eat today at Grandma Violet’s house.

They are thankful the entire family will enjoy the meal together — including 10-year-old Dominic Alexander, who is in remission from cancer.

This is one reason why they are hoping to raise money for A Special Wish Foundation Ohio Valley Chapter. The organization provided Dominic — son of Erica and Corey Alexander of St. Clairsville — with a trip to an amusement park in Florida while he was fighting the disease.

“He was nearly in remission when he went to Disney World and Universal Studios. That trip is what gave him his joy back and made him feel like a kid again after terrible chemo treatments,” Erica Alexander said.

Dominic was diagnosed with Hodgkins lymphoma when he was 7 years old. After aggressive rounds of treatment his body began to respond positively after just three months. He has been in remission since May 2017.

Alexander said Dominic’s treatment included rounds of chemotherapy often referred as “kitchen sink chemo,” because of number of drugs used. She said in the beginning he received several rounds of chemo in just a three-day span. He also received surgery. Doctors were surprised when Dominic’s body began to respond to the treatment after just three months, as they believed it would take at least six months, she said.

Dominic still travels to Nationwide Children’s Hospital in Columbus for checkups, but he is doing well and enjoying being a middle schooler. He has chosen to learn the trumpet to play in school band. He does tae kwon do and has a brown belt in that discipline. He is taking piano lessons and played flag football in school this season.

“And he enjoys hanging out with his family and friends,” Alexander said.

Alexander said because of what others did for her son and family, she wants to “pay it forward” via the fundraiser, which can be found on Facebook on her site, Erica Alexander. She said on Giving Tuesday, which is annually observed after Cyber Monday following Thanksgiving, Facebook will match fundraisers’ donations up to $7 million in total.

“We have tried to pay it forward. Dominic is doing well, and we’re very blessed and thankful for that,” she said. “We want people to donate so A Special Wish can grant wishes to other children in our area.

“We’re so grateful for all the support we received from the Ohio Valley and all their prayers and care during that time. It’s something we’ll never forget,” she said.

Today the entire family plans to travel to Alexander’s great-grandmother Violet Gossett’s home near Belmont for a Thanksgiving feast.

Alicia Freeman, executive director of A Special Wish Foundation Ohio Valley Chapter, said she will be sharing the family’s fundraiser on the foundation’s social media, including Facebook, today.

“We are so appreciative of the Alexander family and so blessed to know them. We are grateful for all the support they have given us over the years and especially with this fundraiser,” Freeman said.