Dinner to benefit father and daughter injured in car wreck 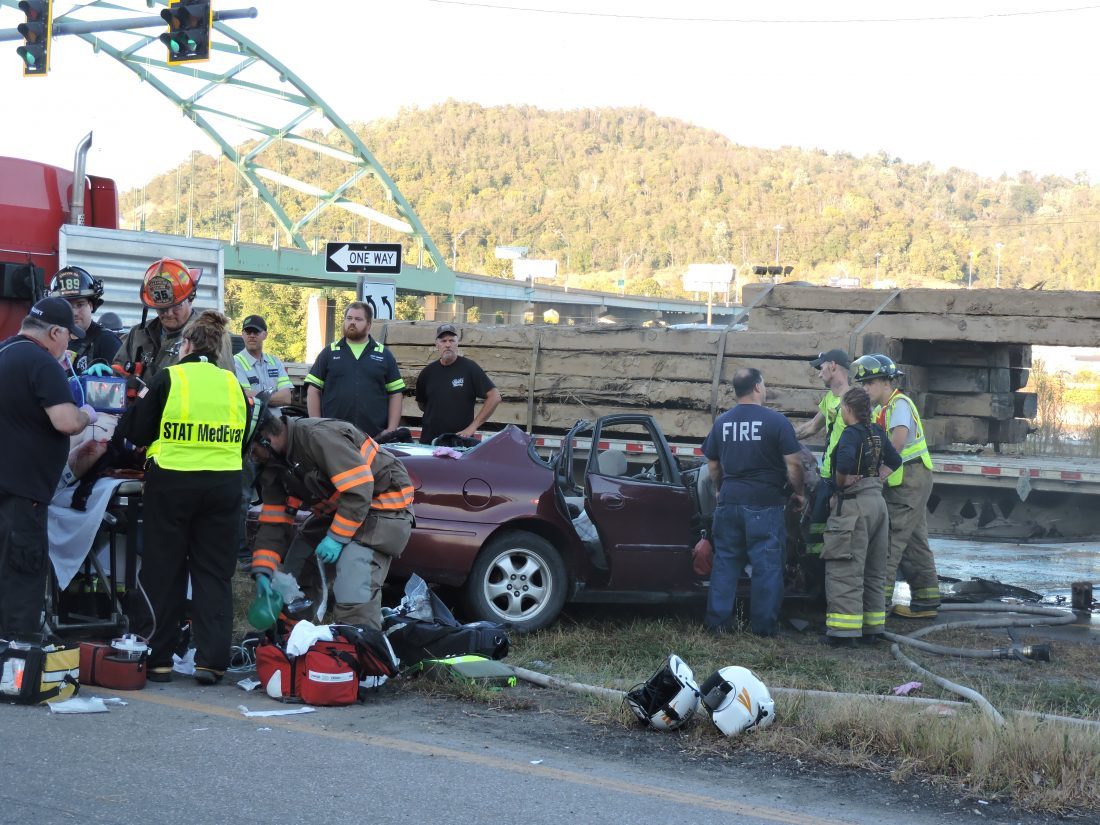 File Photo/ALAN OLSON FIRST RESPONDERS tend to the Sept. 27 wreck that injured a Shadyside father and his adult daughter. They are still in Pittsburgh hospitals receiving treatment. A dinner fundraiser has been planned to benefit the family.

SHADYSIDE — St. Mary Church of Shadyside is slated to host a pasta dinner fundraiser for members of the Fahey family who were seriously injured in an auto accident in September.

The event is being held at noon Nov. 17 at the church, located at 350 E. 40th St., Shadyside. Take-out will be available. There will be a 50/50 raffle and chance auction along with other raffles.

The accident occurred when the family’s vehicle, driven by Jeff Fahey of Shadyside, slid under a tractor-trailer at the bottom of the intersection of Interstate 470 and Ohio 7 near the Bridgeport/Bellaire exit. Fahey and his adult daughter, Mandy, who was a passenger in the car, both still are being treated in two different Pittsburgh hospitals.

“They almost died. They are unconscious and not responding,” Janey Ruskowski, one of the dinner’s organizers, said of the crash victims.

She said the funds raised from the dinner will help offset the cost of other family members traveling to Pittsburgh to see the father and daughter, and the money will be used for medical expenses as well.

Ruskowski said community members have been very helpful and responsive to calls for help for the family. Members of the church have prepared meals to help them, too, she said.

The wreck occurred at about 5:30 p.m. Sept. 27. The Ohio State Highway Patrol attributed the accident to Jeff Fahey losing control of his vehicle at the traffic light, traveling through the intersection and across a grassy median into one of two semi-trucks stopped at the traffic light.

Patrol Sgt. Brian McFarland on Monday said the patrol has not been able to talk with the Faheys, so investigators do not have any more information about what might have happened to cause the wreck.

At the time of the accident, one victim was flown to UPMC Presbyterian hospital and the other to UPMC Mercy hospital in Pittsburgh.