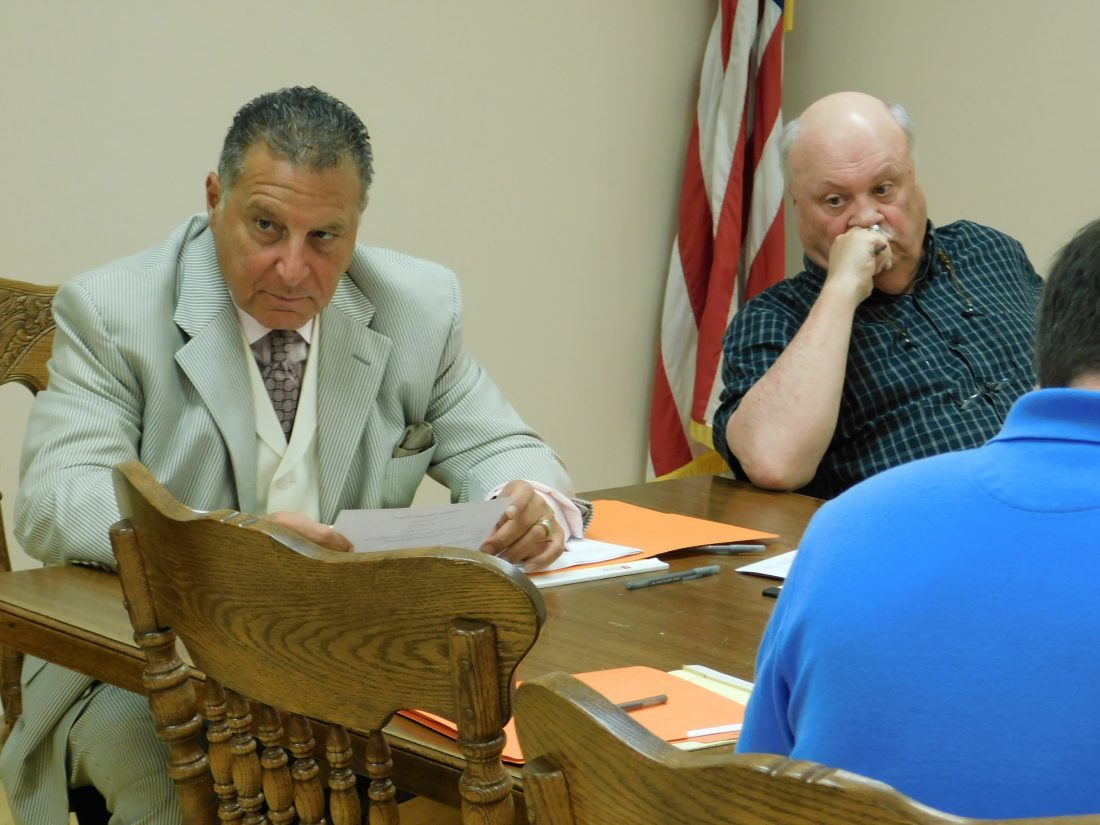 File photo Belmont County Board of Elections members Michael Shaheen, left, Robert Quirk and others take part in a past meeting. The board canvassed election results Monday, and a recount for a St. Clairsville council-at-large seat will take place Monday due to a difference of only two votes.

ST. CLAIRSVILLE — The Belmont County Board of Elections met Monday to canvass election results from Nov. 5 and make them official. While only small increases and decreases in vote totals were found, one race was very close and elections board employees will count the votes again Monday.

“Nothing really changed with the results,” Deputy Director Aaron Moore said. “There is in the St. Clairsville City Council-at-Large race, there is an automatic recount due to the fact that there was a vote for three, and the third place and the fourth place there was a difference of two votes.”

Incumbent Councilwoman-at-Large Linda Jordan retained her seat with 578 votes, but Perry Jones, a former councilman and one of the challengers, has 576 votes.

Jordan had voted in favor of privatizing the city’s water and wastewater services during a meeting the night before Election Day.

The vote could not carry due to a lack of council members present and has since been tabled. Oprisch and Smith have spoken in favor of delaying the decision and seeking other options to retain local control of the system, which is aging and in need of upgrades.

The debate about whether to sell the city infrastructure to Aqua Ohio, a private, state-regulated entity that has bid on the system, has been continuous for months. Incumbent Mayor Terry Pugh, an advocate of privatization, was defeated in the election by Mayor-elect Kathryn Thalman, who got 625 votes to Pugh’s 375. William Brooks, another contender, came in second with 488 votes.