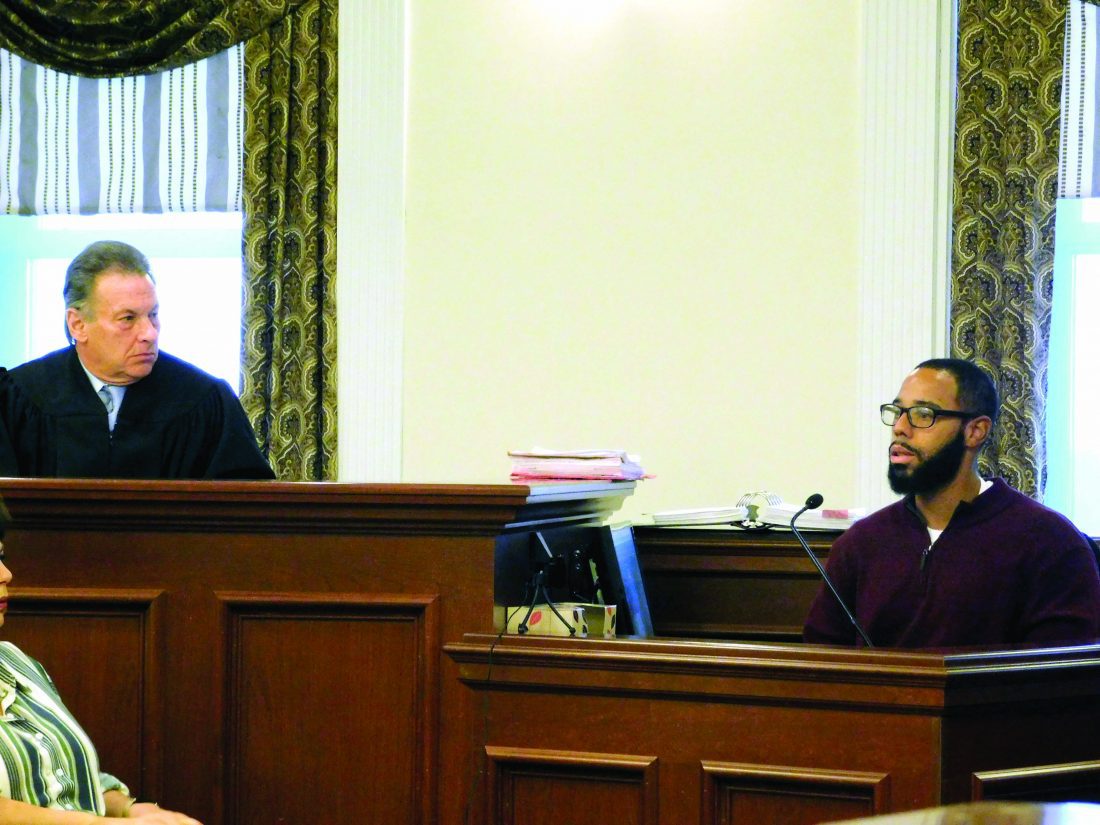 ST. CLAIRSVILLE — After less than an hour of deliberation, the jury returned a guilty verdict Monday in the case of Christianson Sean Hill, accused of the rape of a minor.

This concluded a four-day trial that began with jury selection Thursday. Testimony Saturday came from the victim, a girl who was 12 years old when she disclosed in April 2017 that she was being abused by Hill. She testified that the sexual abuse continued for two years.

Hill, 32, of Wheeling had been sentenced to life in prison in March 2018, but the Seventh District Court of Appeals overturned his guilty plea. According to a Sept. 20 news release from the appeals court, Hill’s guilty plea was overturned because the court found Hill was not fully informed that he would be waiving his constitutional right to a jury trial by making the plea.

According to the Belmont County Clerk of Courts Office, Hill had entered an Alford plea, which denies guilt but recognizes there is sufficient evidence for a conviction.

The trial included testimony from law enforcement and the Ohio Bureau of Criminal Investigations. Evidence included a pair of the girl’s underwear found in a garbage pail with Hill’s DNA on it, and a positive indication by a rape kit performed on the girl.

Hill took the stand and testified Monday. He said on the day in question he had placed a pair of underwear the victim had outgrown in the trash and then handed her another pair without thoroughly washing his hands first, then drove her to school. He also testified the alleged victim had not wanted to go to school that day for fear of being bullied by other children. Hill told the court that he had herpes dating from 2014. He said other apparently suspicious activities he had undertaken after the girl’s disclosure to authorities but before his arrest were the result of stress.

Under cross-examination by Flanagan, Hill did not account for the amount and location of the DNA evidence on the underwear or that found in the rape kit.

During closing statements, Flanagan argued that credibility and evidence were on the side of the state.

“This was not coordinated. This was not well-planned-out,” he said. “Today the defendant got to tell you what he wants you to believe. … You get to judge credibility. … He told you a story that has no cohesion. He told you a story that makes no sense whatsoever. … They found Christianson Hill’s DNA profile, a profile consistent with him, in every place imaginable where it should not be.”

Clyburn argued that Hill’s herpes was at a period of high potential infection at the time of the reported rape and that no condom was reportedly used, but the victim did not become infected.

“Whoever he had sex with on April 11 … had a very, very good chance of getting the virus,” Clyburn said.

He also said the girl did not have injuries associated with the abuse as described.

“There are repeated references to injuries … but when the experts looked, no injuries noted. … You don’t check your common sense at the door,” Clyburn said.

Flanagan argued that there was no absolute certainty of infection, and reminded jurors that the victim had testified Hill had raped her over a period of two years, presumably when chances of passing on the virus were low. He also said some injuries were not guaranteed to occur as a result of the crime.