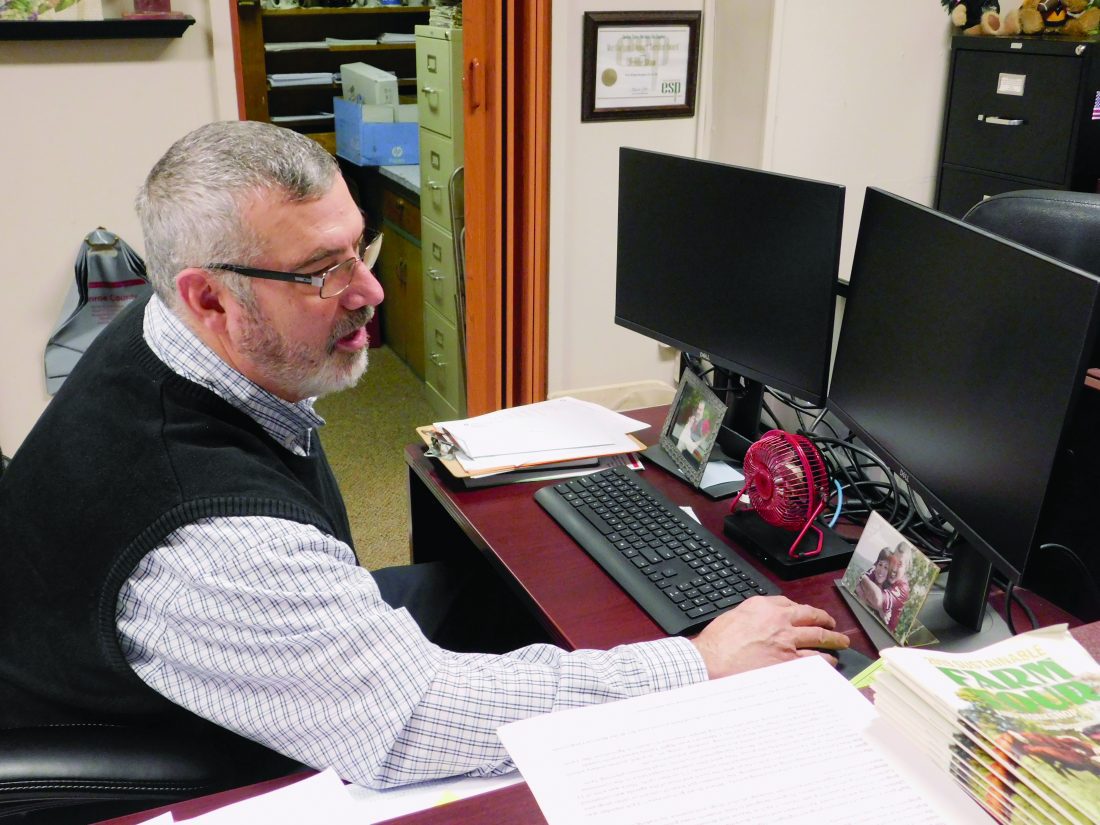 WOODSFIELD — Monroe County’s extension office has had a busy 2019, with plans in the works for 2020.

“I’ll be working with commissioners to apply for some more CDBG funds,” she said. “Probably March we’ll have our first public hearing.”

She said $150,000 is available through CDBG’s allocation program.

“That’s the money the commissioners get every year,” she said. “The commissioners can choose up to four projects to do, and they’ll make that selection the spring next year.”

Westfall said the county would also be eligible for $750,000 in Neighborhood Revitalization Grant funds.

“However that’s competitive, so we’ll have to score well to get that money.

“That will also being going on in the spring,” she said.

Ken Stewart, program assistant, also thanked the electorate for passing a five year 0.7-mill renewal levy. The levy passed by about 74 percent, with 2,423 voters in favor to 833 opposed.

“We can thank the voters for that,” he said. “We’ll continue programs such as 4-H.”

Stewart said the office’s work includes reaching out to the elementary schools with the Botvin Life Skills, named after Gilbert Botvin, Ph.d.

“Basically it’s to teach seventh graders,” he said, adding the office was working with Woodsfield Elementary and Skyview Elementary. Among the chief objectives is to help discourage drug use.

“It involves 72 students and it helps them make better decisions and informed choices, and give them true statistics about smoking and alcohol and drug use, because a lot of times peer pressure is ‘everybody’s doing it,’ when you find out that it’s seven percent of the people your age are doing it, that doesn’t sound like everybody.”

He also said a co-parenting class is provided by the office to benefit children during a divorce process.

“We offer this program to the parents,” he said. “Positive co-parenting.”

The focus is on children younger than 18 and the class helps parents understand the child’s perspective and needs during a divorce. About 25 parents attended the class in 2019.

Stewart said another upcoming event is a Quality Beef Assurance class Thursday at 16714 Wolf Run Road, Caldwell, at no cost. Registration is open.

Stewart said they also have high hopes for next year’s Monroe County Fair.

“We had a really good fair this year,” he said. He said recent fairs have done well in terms of sales made by children in 4-H. Stewart said this is partly due to the oil and gas interests in the area, which have been buying fair animals. “They try to participate.”