Monroe senior levy renewal to be on March ballot 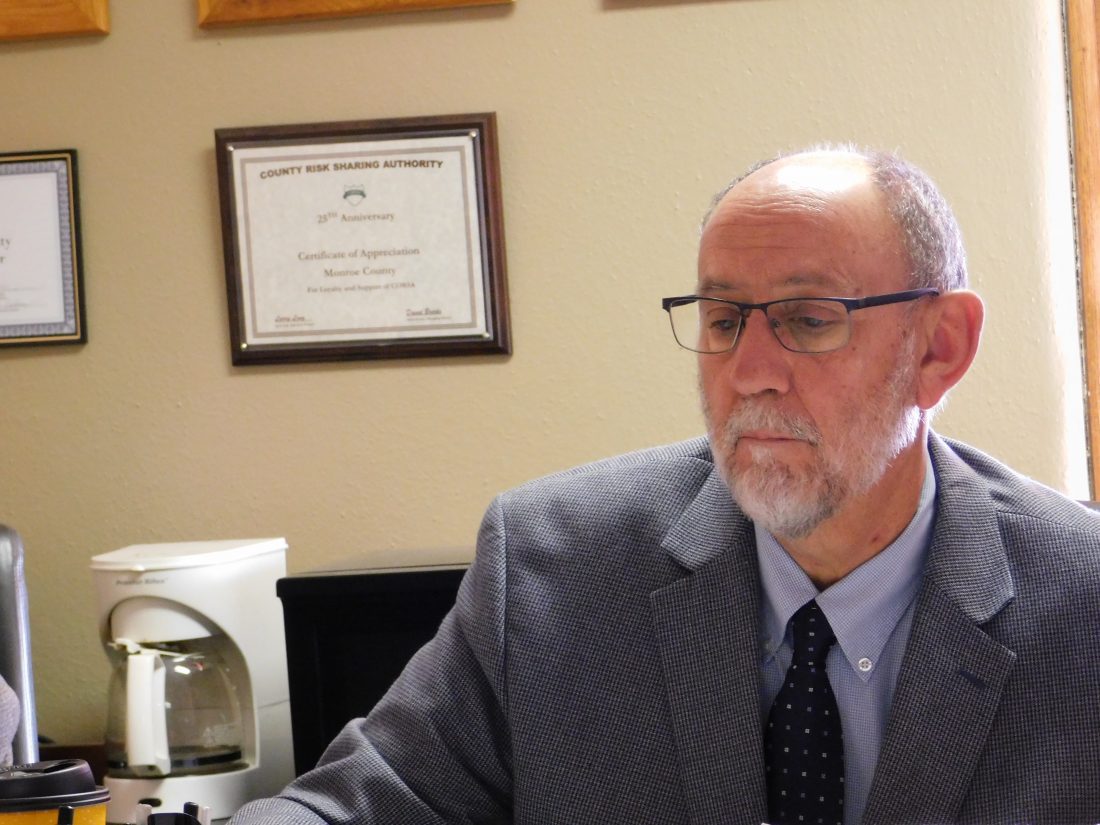 T-L Photo/ROBERT A. DEFRANK Monroe County Commissioner Carl Davis and others hear from senior services representatives Monday. Senior services will place a renewal levy on the ballot in March.

WOODSFIELD — Voters will have a renewal levy for the Monroe County Senior Center to consider on the March 17 primary ballot.

“GMN operates three senior centers, one in Noble and two in Monroe (counties). We have a satellite in Clarington,” Ricer said.

The community of Clarington lies along Ohio 7 near the Ohio River. Ricer said the renewal levy would be used for continued operations such as home-delivered meals, the congregation site, and providing homemakers and housekeepers to senior clients.

Hollins said the agency prepares and delivers more than 10,000 meals in a given year.

“We have home-delivery meals all over the county,” Hollins said.

“If the weather’s inclement … then we have shelf-stable meals,” Ricer said. “If it’s a real ice storm or snowy or bad, we can prepare a shelf-stable meal for the shut-ins. That way they can still have their meals if we can’t (drive the) route every day.”

Ricer said the organization is preparing for winter.

“We’ve renewed our fleet. We’ve purged the old vehicles and we have a new fleet that’s winterized and ready to serve the seniors,” he said, adding that a 2007 Ford Focus recently traded in had 200,000 miles on it.

“One of our meal roads has 80 miles round trip, per day,” Hollins said.

They said the center has an average of 25-30 visitors daily. Hollins said she has nine staff, all local residents from Monroe County.

“(We) encourage them to come out and eat a meal,” Ricer said. “Come for fellowship, come into the center.”