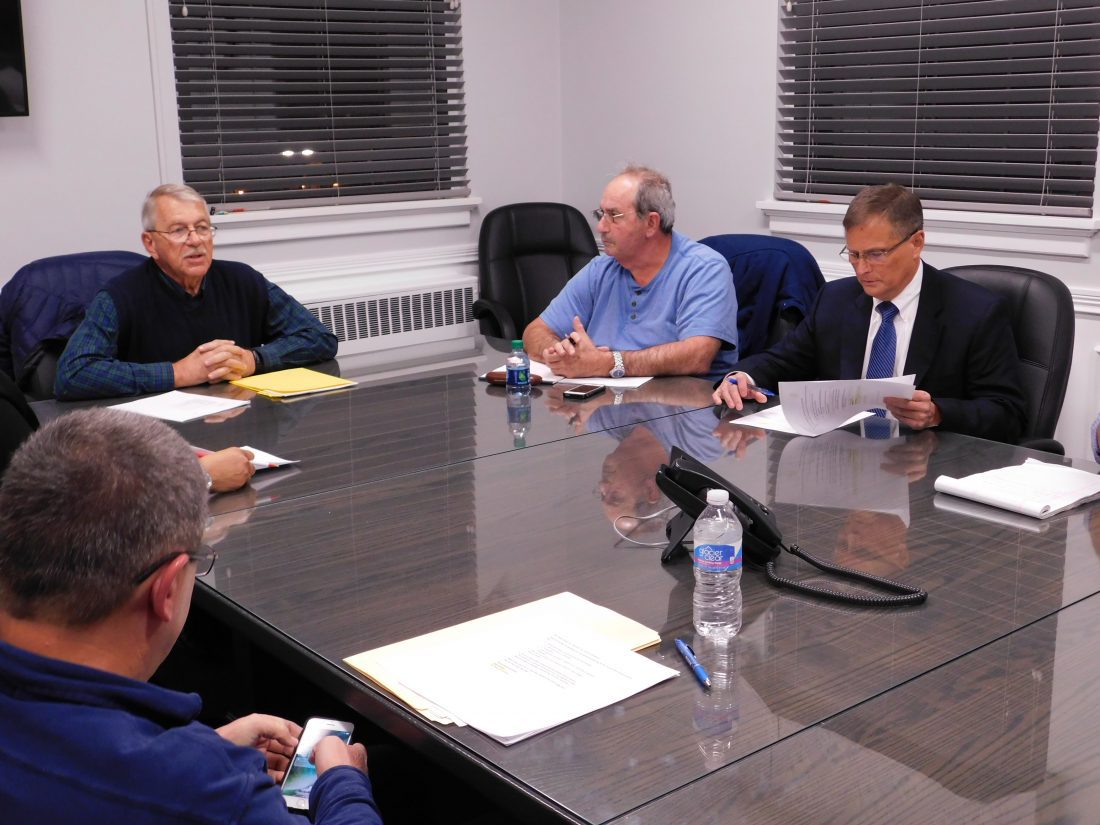 ST. CLAIRSVILLE — Three people have put themselves forward to fill a vacant Fourth Ward council seat and the city council held a special meeting Thursday to interview them.

No decision was made at the time, but President of Council Jim Velas said council planned on naming someone to the position by Monday’s meeting. He said council has until Nov. 20 before the mayor would need to have made an appointment, as 30 days will have passed since the resignation of Jim Velas.

There will be a new mayoral administration in 2020 after last week’s election saw the decisive defeat of incumbent Terry Pugh and the selection of Kathryn Thalman as mayor-elect.

Some important decisions could yet be made prior to her swearing-in the first of the year, chiefly the future of water and wastewater service. Pugh has advocated selling the water and wastewater systems to a private interest and council has been divided on the question. There has also been vocal objection from members of the public.

The third reading of a contract was read the day prior to the Nov. 5 election, but a vote could not carry due to a lack of council members in attendance.

The perceived rush to privatization — and failure to explore other options, such as seeking funds to meet Ohio Environmental Protection Agency-mandated upgrades and retain local control — was a major platform in Thalman’s campaign.

The makeup of council has been shifting in the months leading up to the election and the deferred privatization vote, with Velas nominated president in October after Tim Porter stepped down, citing health reasons. This was after a recording of Porter exclaiming profanity and a racial slur was released.

The vacant 4th Ward seat and Basile’s absence on the Nov. 4 meeting meant a vote could not carry, since four votes are required to either accept or reject a motion. Jordan, Sabatino, and Bukmir had voted in favor or privatization, with Oprisch and Smith opposed. Basile had also voiced opposition for privatization and a desire to wait and arrange a study of the system.

One of the three prospective council members was Pat Halloran, who is seeking office for the first time. He has been a resident of St. Clairsville for more than 59 years. Now retired, he said he has a background in the federal government. He said he had man reasons for seeking office.

“There’s too many reasons to say why. Some good, some bad,” he said. “The 4th Ward seat is only one of seven voices, and no one person should be deciding everything. That’s why there’s seven voices upstairs.”

Halloran did not elaborate on what he hoped to accomplish on council.

James Mahute is a resident of 25 years and has not sought office before. He is retired and formerly worked for the Belmont Metropolitan Housing Authority.

“I’m interested in the situation in St. Clairsville, trying to be a solution. Just trying to gather some information and see what we can do about anything,” he said. He said he hoped to promote teamwork.

Terra Butler has not held office before. She has resided in St. Clairsville for 14 years.

“I’m excited. I have two young, school-age children and I’m excited for the progress of our city and opportunities, business and prosperity,” she said. “I want to be part of success.”

None of them spoke about any intention on the future of water service.

“There’s still questions in my mind I would have to ask,” Halloran said, adding that council members have information he might not be privy to. “You can’t make a decision on hearsay.”

“I need to gather some more information,” Mahute said.

Council also heard from John Tomlan, a former council member who said he is not seeking office, but only wanted to speak to city leaders.