Oprisch, Smith and Jordan voted in as council members 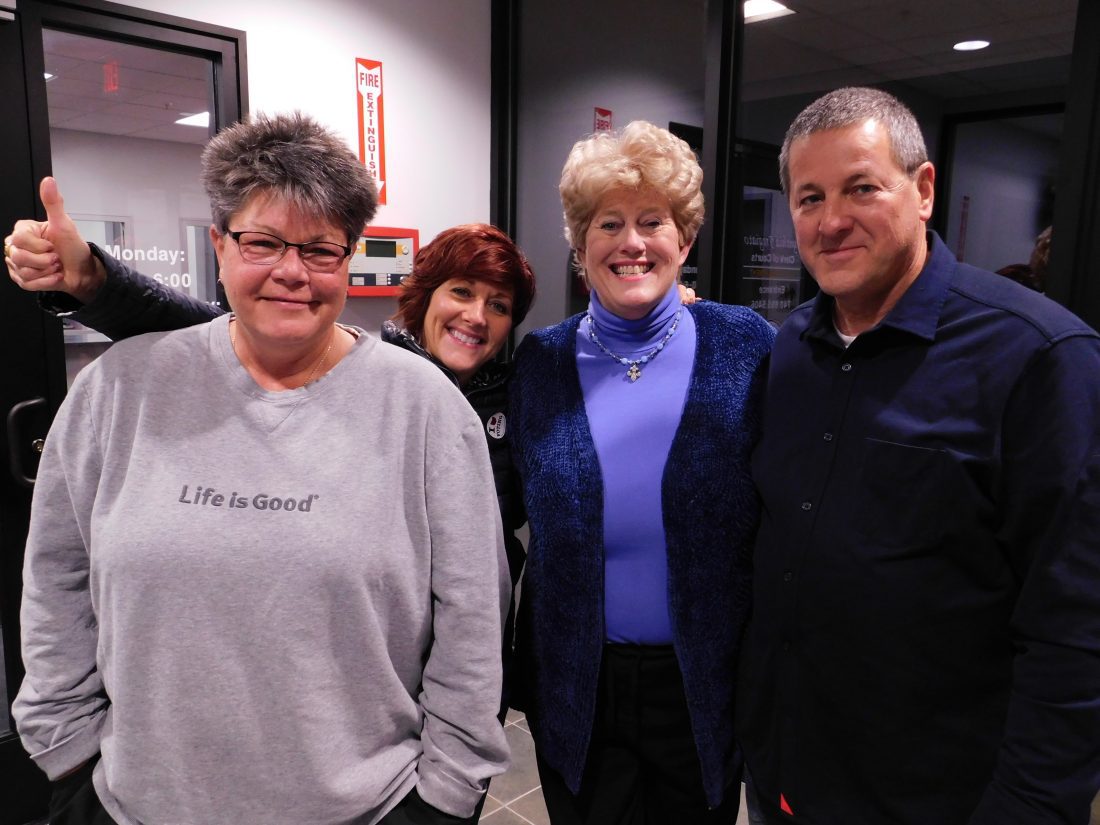 ST. CLAIRSVILLE — A change in leadership is coming to the city with the election of Kathryn Thalman to the mayor’s seat with 618 votes to incumbent Mayor Terry Pugh’s 368 and challenger Bill Brooks’ 481 votes.

A total of 1,513 of 3,844 registered voters cast their ballots, or 39.36 percent, according to unofficial vote totals released Tuesday night.

“I am so appreciative and I promise I will work hard for you,” Thalman said.

She thanked the voters and credited her faith, family and friends for her victory. She said debate surrounding the future of water and wastewater service prompted her candidacy. She said she perceived a lack of transparency and unnecessary haste in the pursuit of water privatization.

On Monday, council held a vote to accept a contract from Aqua Ohio, a private, state-regulated company proposing to purchase the systems. The vote could not carry for lack of council members, since four votes are required for passage of any ordinance and the vote was split 3-2 in favor of privatization. One councilman was absent and the 4th Ward council seat is vacant and must be filled.

“The citizens of St. Clairsville truly were not being heard,” Thalman said. “I think we’re probably going to definitely see some changes in the administration, not only in mayor but also some changes in personnel. We have a different vision, I think, than Mayor Pugh had, so we’re going to get people who share our vision.

“If given the opportunity, we will explore every viable option and make sure that Aqua truly would be the best choice,” she said. “If it’s possible to stop this Aqua contract … we will take the time to examine the other alternatives.”

Thalman said she intends to reach out to Craig Butler, Ohio Environmental Protection Agency Southeast District chief who has visited council and discussed the city’s water requirements in an executive session, and other agencies to determine what loans and grants are available. She said she will also focus on informing and involving residents.

Thalman said this also is the first time a woman has been elected mayor of St. Clairsville.

“I got trounced real good,” Pugh said. “I’m shocked, but maybe I shouldn’t be. … Thalman, I wish her the very best.”

He declined to comment on whether privatization would be pursued through the end of his term.

“I don’t know what Aqua’s intentions are. We’ll talk to them,” he said, adding that he would continue to do his best for the city.

Regarding the small difference in votes between Jones and Jordan, Belmont County Board of Elections member Michael Shaheen said the votes will be canvassed within 10 days and Jones and Jordan could ask for a recount, but he thinks it unlikely this will change the results.

“I appreciate their vote of confidence,” Oprisch said of the city’s residents. “I’ll continue to work as hard for them in the future as I have in the past.”

Oprisch has been vocal in calling for a delay in privatization and objected to a vote on the matter taken the day prior to an election. Smith also has called for a delay and exploration other options. Both voted against the contract Monday.

“I think the voters have spoken,” he said.

“I came in second in the vote, I think that says a lot for what people are thinking about,” Smith added. “The voters sent … a very strong message that they don’t like the way things are handled. … People like to be listened to. That’s what we did. I think the other councilmen just didn’t do it. I think in about two years there’s going to be a lot of new faces on council.”

Smith said he would like to have a study of the water system but said this should have begun earlier and that the OEPA is demanding action.

Jordan voted in favor of privatization during Monday’s meeting and has called for more cooperation with the mayor. She was thankful to the residents who cast votes in her favor during this contentious election.

“I do feel really humbled, really honored and truly blessed,” she said. “During the past months I have had such encouragement and support from the citizens. … I would like to resolve the water issue. … We really need to get something done.”