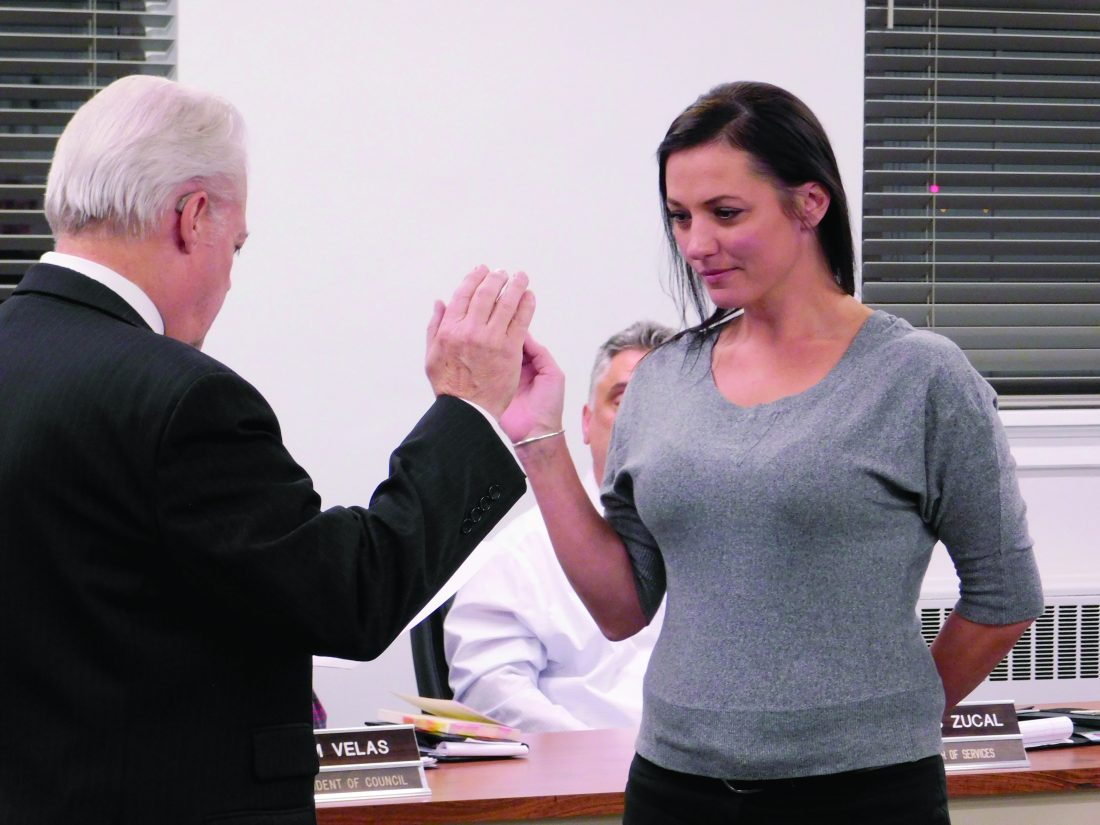 ST. CLAIRSVILLE — A decision about the future of St. Clairsville’s water service will be postponed until 2020 when the new mayoral administration will takes office.

The question of St. Clairsville’s water has divided council and led to vocal opposition to the prospect of privatization. Council had held a vote to accept a contract from the private entity Aqua Ohio the day prior to the Nov. 5 election, but it could not carry due to a lack of council members present.

Mayor Terry Pugh, who has been an advocate of selling the water and wastewater system to Aqua Ohio and who was decisively defeated in the election by now-mayor-elect Kathryn Thalman, read a letter from Aqua Ohio CEO Edmund P. Kolodziej Jr.

The letter stated Aqua Ohio is confident it is the best option for the city in terms of expertise and capital to invest in the water system, and is willing to delay the final vote to allow the new administration to explore all options.

“Aqua is willing to extend the current offers through April 6,” Pugh read. “After that, we will need to respectively rescind our offers.”

After the meeting, Safety and Service Director Jim Zucal said the EPA remains in contact with St. Clairsville.

“Aqua’s still out there, willing to be part of our community. The problem we have is that the EPA’s calling for dramatic action, drastic action, immediately, so whatever the new administration decides, they’re going to have to do it rather quickly,” Zucal said. He said the EPA is requiring solutions and timeframes for everything from minor repairs to the water treatment plant to replacing 10 miles of four-inch waterline with six-inch waterline.

“It’s monumental,” Zucal said, adding that options include privatization, going on Belmont County’s water system, and local upgrades. He said the work would take up to 10 years and millions of dollars.

“They want an asset management plan created,” Zucal said. “I’ve told them we’ll have it done in three months. They want our current water loss reduced by lead detection. … There’s numerous leaks and many, many places there’s un-metered water. … There’s 452 valves in the city … They want the vales exercised, and the ones that break, they want them replaced.”

Other mandates include a disaster plan and upgrades to the water plant, including chemical feed studies and portable generators.

Also during the meeting, city council welcomed a new member.

Butler was one of three applicants interviewed last week by council. Basile nominated her to the seat Monday. He and Bukmir, Oprisch and Smith voted in favor. Sabatino abstained. Councilwoman Linda Jordan was ill and unable to attend.

“We now have a new council person,” Velas said.

Butler has been a resident of St. Clairsville since 2005. She has an early childhood education degree. She has two young children.