Belmont County courts could merge in 2020 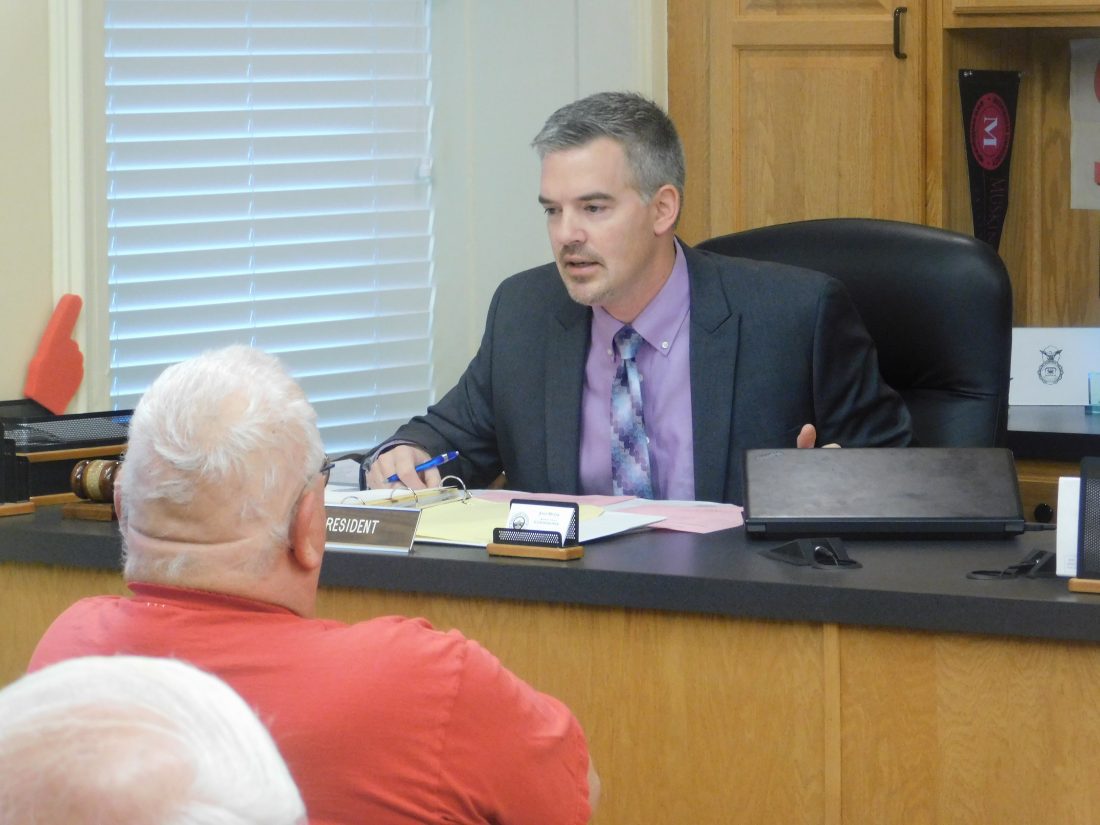 ST. CLAIRSVILLE — Consolidation of Belmont County’s various courts may be a reality in 2020.

On Wednesday, county commissioners approved issuance of loan notes, not to exceed $7.9 million, to pay part of the cost of renovating the upper of two building formerly belonging to The Health Plan, to house Belmont County Northern, Eastern and Western Courts and the prosecutor’s office. Dinsmore & Shohl, LLP will act as bond counsel.

Bids for the work will be opened soon.

“We will be opening those bids I believe next Wednesday, with anticipation of construction to start in early January,” Commissioner Josh Meyer said. “Along with renovating, probably paving around those buildings.”

He hopes renovations will be complete by October.

“It’s a project long in the making. A lot of details went into it,” he said.

The commissioners purchased these buildings several years ago with the goal of consolidating county offices for greater convenience and to reduce rental and travel expenses.

Meyer said the lower of these two building, which now houses Board of Elections offices and Title Office, will also likely have some paving done.

“It has taken some time to get to this point, to get to the bid process. It was a lot of planning and a lot of collaboration with all three judges,” Meyer said.

He added plans had continued through the changeover of a judgeship, when Al Davies was appointed to the seat of Juvenile and Probate court and David Trouten was elected to Davies’ former Eastern Court seat.

“We all collaborated to finalize those plans, as well as with the prosecutor,” Meyer said.

He also commended the work and input of Belmont County Sheriff David Lucas in security considerations. “It’s going to be pretty busy there next year.”

Commissioner J.P. Dutton said $7.9 million is only the upper limit.

“Hopefully we stay below that,” he said, adding this may be one one of the largest building renovation projects in Belmont County’s history.

Dutton said the commissioners hope for a low interest rate.

In other matters, the commissioners will apply for a Community Development Block Grant for a sewer separation project at Bellaire’s 49th Street. Meyer said said the Ohio Environmental Protection Agency has mandated the village correct this problem.

“Sewer water and storm drain has come together. They’re under order to separate them. It’s a very big project,” Meyer said.

“These contracts have actually gone up a little bit, and part of that is a result again of … the closing of East Ohio EMC … they have to travel a little bit farther so the costs have increased. So again it’s just another thing affected in Belmont County due to the closing of the hospital,” Meyer said.

The commissioners also entered into contract with Van Wert County to house jail inmates at a rate of $50 per day, effective Wednesday. Meyer said this is an increase from the former agreement amount of $45.

“We haven’t taken any prisoners up to Van Wert County, but we wanted to have this contract in place if we got to the point,” Meyer said. He said Belmont County has agreements with several other counties to house excess inmates. Belmont County has primarily used county jails at Jefferson and Monroe Counties. Jefferson County houses Belmont County’s inmates for $55 a day. Since May, Monroe County has been contracted to house excess female inmates at a rate of $65 per day and with Noble County to house female inmates at $60 per day.

“I can’t speak enough about what the jail is dealing with right now. They’re so inundated with the large number of inmates. We’ve been averaging about 180 to 190 this year and our capacity is 144,” Meyer said.

Commissioners continue to work with Lucas and discuss possible solutions, including an expansion or a facility for female or misdemeanor-level inmates.

They also entered into agreement on behalf of the sheriff with the Village of Holloway to provide law enforcement from Jan. 1 through Dec. 31, 2020 for $7,000 per year.

The board will hold no meeting the week of Dec. 22 due to Christmas holidays. The first meeting of 2020 will be held at 9 a.m. Thursday, Jan. 2.