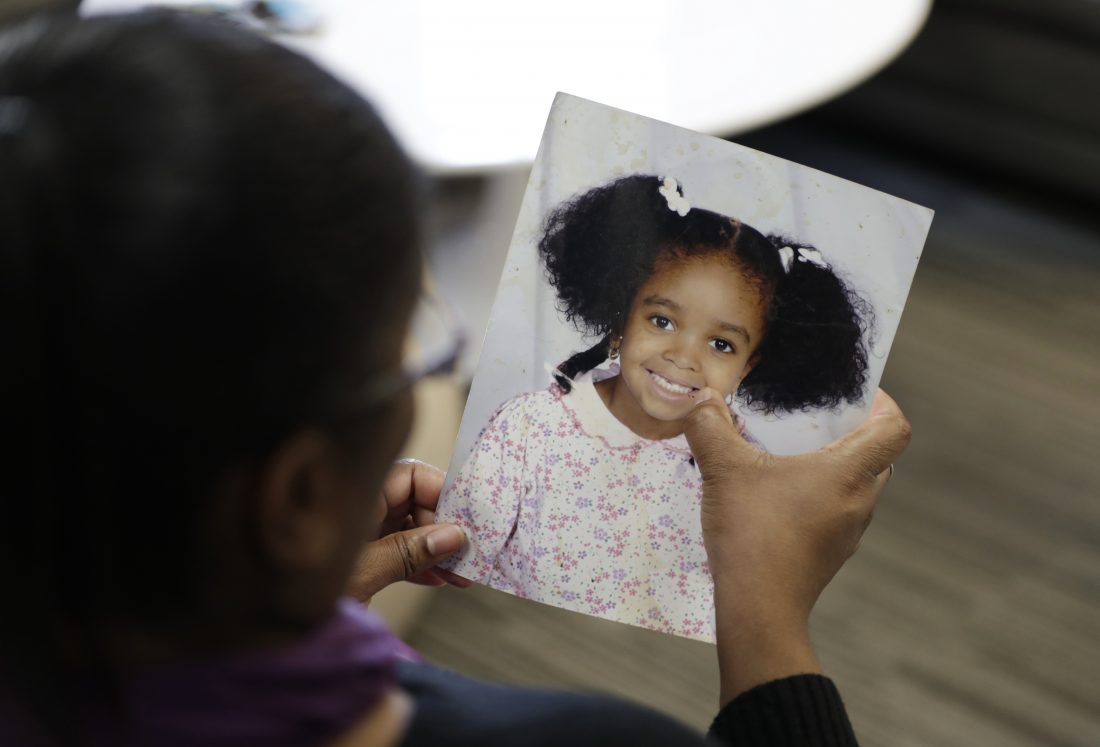 In this Oct. 29, 2019, photo, Donnesha Cooper touches a photo of her daughter, Alianna DeFreeze, in Cleveland. Her daughter’s murder and the murder of Reagan Tokes had a lot in common. Yet only one victim got a law with her name on it, Tokes, who was white. An Associated Press analysis found that more than 8 in 10 stand-alone laws named for victims of violent crime identified since 1990 honored white victims or groups of victims that included at least one white person. That has left black victims such as DeFreeze underrepresented by such laws. (AP Photo/Tony Dejak)

CLEVELAND (AP) — The slayings of Reagan Tokes and Alianna DeFreeze had much in common.

Both were abducted, raped and killed in Ohio in 2017. Tokes was a 21-year-old college student, DeFreeze a 14-year-old seventh grader. Both their killers, previously convicted sex offenders, were subsequently found guilty.

Yet only one victim got a law with her name on it — Tokes, who was white.

That disparity in so-called namesake laws represents a national trend: White crime victims are much more likely to get crime bills named after them than black victims.

An Associated Press analysis found that more than eight in 10 stand-alone laws named for victims of violent crime since 1990 honored white victims or groups of victims that included at least one white person.

Namesake laws have been a popular way for lawmakers to recognize victims of horrific crimes and enact tough-on-crime laws, and many of them have become common parlance in the national criminal justice discussion.

AMBER Alerts that warn the public to look out for a missing child are named for Amber Hagerman, a white 9-year-old from Texas who was killed after being abducted while riding her bike with her brother. Sex offender registries and notification systems were set up under federal and state laws named for 6-year-old Adam Walsh, 11-year-old Jacob Wetterling and 7-year-old Megan Kanka, all white children abducted and killed by sex offenders.

Racial disparity in such laws has left black victims such as DeFreeze underrepresented. According to the Bureau of Justice Statistics, black young people in her age range — from 12 to 19 — experience violent crime at significantly higher rates than their white peers, including being five times more likely to be victims of homicide. The AP’s analysis showed that only about 6 percent of namesake bills related to violent crimes were named after black victims.

The Tokes and DeFreeze murders have led some Ohio lawmakers to question whether racial preference is a factor in the naming of crime laws. The issue is back before lawmakers in at least three separate bills that are expected to see more debate this month.

“All of our babies, all of our women, all of our men, people who lose their lives, everybody is worthy of being acknowledged,” said Ohio state Rep. Stephanie Howse, a Cleveland Democrat who is black and who publicly objected to the Legislature’s differing treatment of Tokes and DeFreeze last year. “The system that we are in has made a determination of who is more valuable than others.”

DeFreeze’s mother, Donnesha Cooper, said it was devastating when a bill that would have created an “Alianna’s Alert” failed to pass last year.

She wanted a stand-alone bill named for her daughter that would require schools to inform parents within an hour if a child without an excuse didn’t show up for class. The family and a pending wrongful death lawsuit allege that’s something her school, E Prep & Village Prep Woodland Hills, a Cleveland charter school, did not do in DeFreeze’s case. The school is contesting the suit’s allegations; its attorney declined comment.

Her daughter was abducted near a city bus stop while on her way to early morning tutoring. Cooper didn’t learn the teen was missing until 4 p.m., when she says it was too late to save her.

“It was hurtful, because I thought that the bill having her name on it would be a part of her legacy, I really did. So that everybody would know that this bill was passed for the sake of future lives — and my daughter lost her life in the process, for a change to happen,” she said. “And they didn’t even put her name on it.”

Democratic state Sen. Sandra Williams, who proposed the bill, said a compromise — extending the required alert window from one to two hours — was necessary to appease wealthier school districts.

The weakened language finally cleared the House at the end of last year, folded quietly into a sweeping education bill that also addressed teacher preparation, cybersecurity and issues related to the state’s universities.

The Reagan Tokes Act is back in the Legislature this month as lawmakers advance provisions that were excluded from the first bill. They also are considering other namesake bills. One is Erin’s Law, a child sexual abuse prevention bill named for survivor and activist Erin Merryn, who is white; another, Aisha’s Law, is named for a Cleveland domestic violence victim who was murdered by her ex-lawmaker husband and was black.

“Having a law named for a white victim versus an African American victim or a Hispanic victim does not inherently mean that people of all races don’t benefit from that legislation,” said Teresa Kulig, an assistant criminology professor at the University of Nebraska at Omaha. “But it is kind of an important indication of who is highlighted in these laws.”

Kulig and criminologist Francis T. Cullen co-authored a 2016 report that found that 86% of 51 laws named for victims of murder, rape and other violent crimes from 1990 to 2016 were named for white victims. The AP analysis, which included laws from the study as well as bills enacted since 2016, found the pattern continued largely unchanged.

Kulig said it is important to acknowledge that named laws generally spring from tragedies: abductions, murders, domestic assaults, child abuse cases. Pointing out the racial disparities isn’t intended to diminish the pain of the mostly white families such laws honor, she said.

Tokes, a psychology major at Ohio State University, was kidnapped after leaving her restaurant job, raped and killed. Her body was later found in a park in Grove City, near Columbus. Tokes’ killer had been released from prison two months before and was wearing an electronic monitor at the time.

“To me, it just feels like she was someone who was truly organically interwoven into a community in the deepest ways, and what happened to her was just so terrifying because everyone saw a piece of themselves in her,” said Boggs, who is white.

Boggs said she couldn’t deny that some implicit racial bias exists in the Ohio Legislature, but said she doesn’t believe her colleagues are judging namesake bills based on victims’ ethnicity. The Tokes legislation, she said, was propelled by passionate lobbying by the family, which declined an AP request for comment through their attorney, and intense media attention to the case.

Not everyone sees it that way.

Crime victim advocates say enacting laws named for lost loved ones can provide an important outlet for grieving families. Cooper said working to promote a law named after her daughter was the only thing that got her out of the house after her daughter’s murder. She still believes her effort was worth it, even if it resulted in legal changes that fell short of a stand-alone namesake law.

“When you hear laws that are named after people, you know what they are and you know why they came to be,” Cooper said. “Like, everybody knows the AMBER Alert. And everybody should know the Alianna Alert, because it was horrific. But it will save lives.” 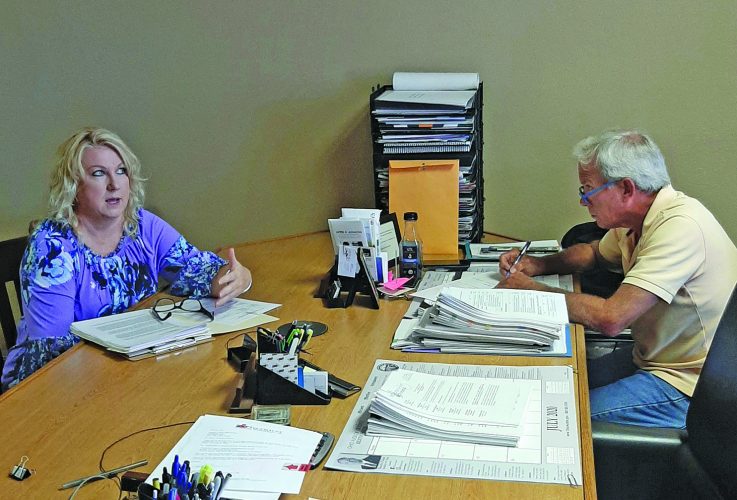 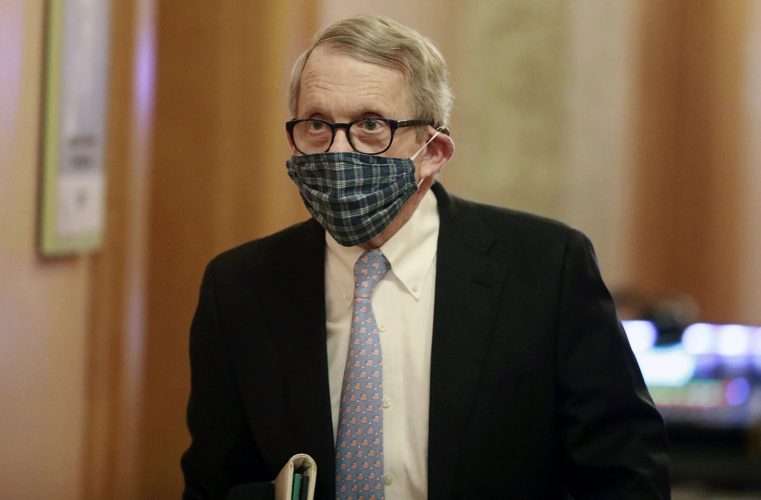 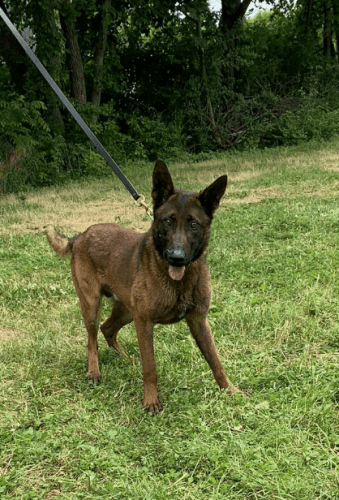