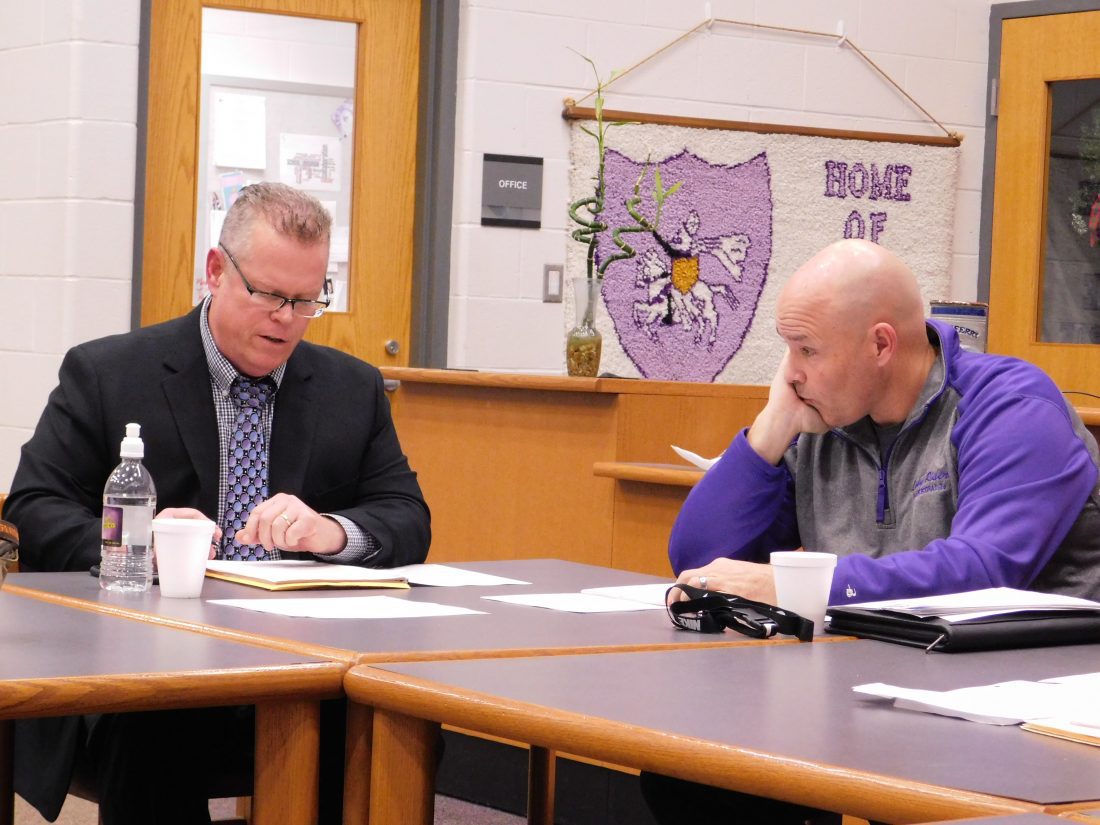 MARTINS FERRY — Martins Ferry City Schools Board of Education closed out 2019 without filling the position of district treasurer.

The board went into executive session close to 6 p.m. Thursday and exited at 7:33 p.m. for personnel discussion. No action was taken.

“I expect the board to have a new treasurer in place in the near future,” Superintendent Jim Fogle said.

In September, former treasurer Karen Blake resigned after being on paid leave for more than a year. She will continue to draw her pay and benefits until Dec. 31, 2021. Afterward Blake alleged there were improprieties in the district and said she had notified state authorities. The district released a statement saying the allegations were baseless.

The board of education has since held interviews with applicants for this position.

Fogle reported progress on roof replacement for the elementary, middle and high schools, with most of the word to be complete in 2020.

“Examples of detail work would be installing gutters, downspouts, the basic decorative design.”

Mansuetto Roofing and Sheet Metal of Martins Ferry is working on the $7 million project.

Fogle said the substantial completion date of Dec. 20 has been moved to the third week of January. He said classroom activity and school business has proceeded without disruption.

“Kids just get used to it and so do teachers. Believe it or not, they disturbed us very little,” Fogle said.

Also, slip repair is also largely complete on two hillside slips, one located behind the elementary school and one behind the bus garage. Rainy weather and cold has been exacerbating the slips with freezing and thawing. In October, the board approved a proposal of $2.8 million from Hayward Baker construction engineering company, recommended by Mannik Smith Group consulting service.

Fogle said piles with steel beams are driven into the bedrock.

“Then cement’s poured all around it. Then the secondary piles are concrete behind them,” Fogle said. “The substantial completion date for the slip repairs is Feb. 15.”

Fogle also reported Friday will mark the final day of college road trips for students this grant year of 2019.

“There are 37 students that are signed up to go to WVU. This is our final trip of the year,” Fogle said, adding students have been to Kent State, West Liberty, Bethany College, Ohio State University in Athens, Scott College of Cosmetology, and others.

“We’ve applied for the 2020 grant and we’ve completed that today,” Fogle said. In answer to a question from Stankovich, Fogle said the grant amount is $5,000 and the district would be capable of funding it should the district not be approved.

Fogle said the district has also received innovations grants this year from EQT and Chevron companies, which helped fund Science, Technology, Engineering and Math equipment, including new electric tables, and design software used in cutting out patterns with a laser.

In 2020, students will again enter the Sea Air and Land Challenge Robotics competition, to be held May at Buckeye Local High School.

“Students will build an underwater robot,” Fogle said. He said an engineer from the naval nuclear laboratory of West Mifflin PA will mentor students as they design the robots.

The district has also received $331,000 from the state for this year through the Student Wellness and Success Funding program. Fogle said after consulting with administrators, he put forward a K-12 Student Wellness and Success funding plan to improve services. The fund will go to pay resource officers’ salaries and shift the school nurse assistant position from part-time to full-time.

“My goal, and it’s going to be hard to do because money through the state wasn’t available until the end of October, is to hire a counselor (for grades kindergarten through eight) as soon as possible,” Fogle said.

“We’re in the process of transitioning our current website into a more usable format that we can feed into the app,” Fogle said.