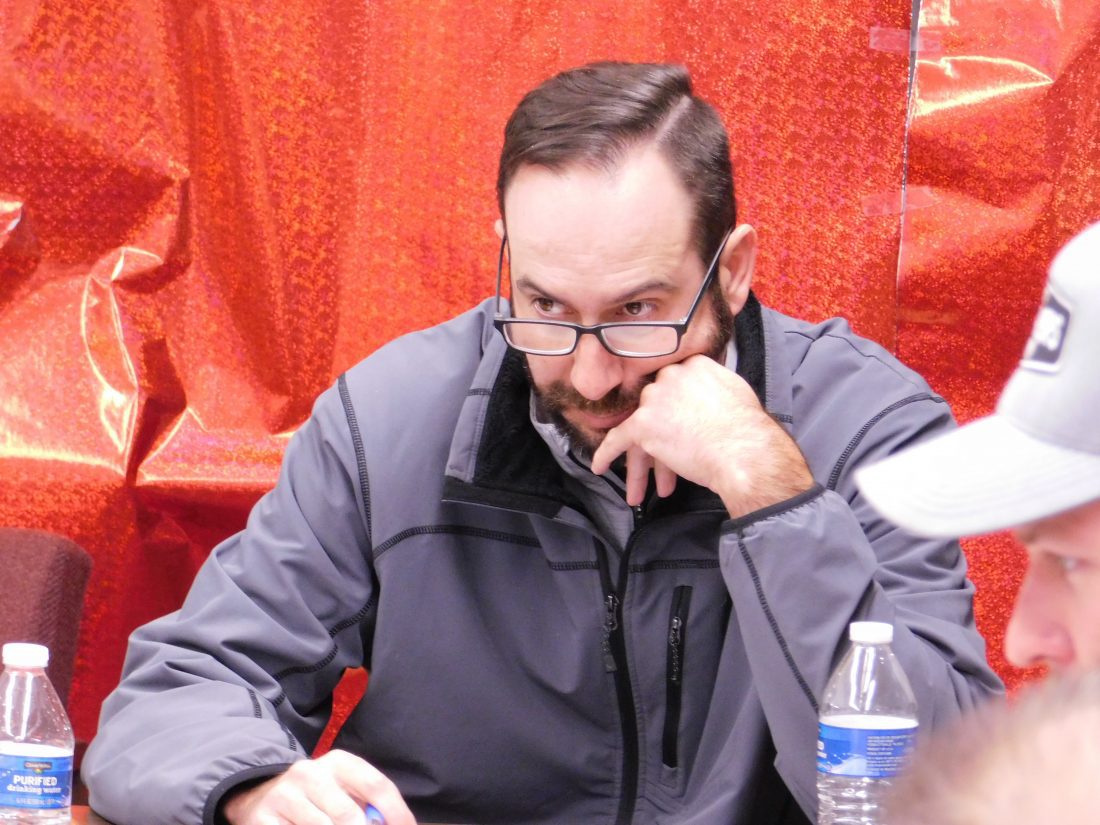 POWHATAN POINT — The person who will sit at the mayor’s seat in Powhatan Point will be decided the first of the year.

Mayor Jeff Haught decided not to seek re-election and no one registered for the Nov. 5 election, so the village council members will likely nominate one of their own. This will also mean a vacancy on council to be filling in 2020.

“At the first meeting of the new year, the council has to reorganize,” he said. The village solicitor is reviewing the process.

Haught said he believes council has 30 days to appoint a new member.

The first meeting of 2020 falls on Jan. 1. During the meeting, Haught suggested it be rescheduled for Jan. 2. Council will decide during the next council meeting on Dec. 18.

“It’ll have to be done the first meeting (of the new year),” he said.

Haught was a council member, sworn in to the mayoral position January of 2017 after former mayor Mark McVey did not complete his term.

Haught said he decided not to run for election due to work and family demands.

“It’s been a total of six years. Three years in council, three years as mayor. I’ve worked with a really good council, good employees at the front office and the police and fire department I think have made some strides,” he said. “I have no doubt whoever comes in to the mayor position will continue … to improve the village.”

He said accomplishments during his time in office included improving the efficiency and responsiveness of emergency services and building a the fire and police departments.

Haught said the village was still in need of additional law enforcement and fire protection and hoped more professionals would show an interest in working for Powhatan Point in the future. He said the goal for police is the current chief and a full time officer, and possibly three part-time officers.

“Just so we have enough coverage in the village to make sure we’re protecting our residents. The same with the fire department. We’re a volunteer/part-time paid fire department, and it’s based on availability, because a lot of EMTs, they work not only here but they work at other departments around the county. They’re full-time part-time EMTs and firefighters … the numbers are dwindling for those who are qualified to work.”

Another continuing issue is funds for street repairs.

“The challenges are always funding. That’s not just here, that’s everywhere. Like any small municipality, we rely on grants and funding from the state for different programs. People want to know why we pave and fix the streets and the things that we do, that’s just because that’s where the money’s earmarked for and what the grants are for,” he said.

“There’s some other parts of town where we would like to see roads get paved. I would hope in the next four to five years every side-street in the village will be paved. That would be put us good for another 15 to 20 years. In all honesty, a lot of the streets in town haven’t been paved for 25 years. It’s funding. It’s where we can find the grant money.”

Powhatan Point’s full council of Brady Dierkes, Rob Caldwell, Dave Walters, John Mitchell, Michael Knight and Council President Chuck Davis were present Wednesday. During the election, two seats were up for election, with Walters and Joseph Asturi coming in first and second with 144 and 129 votes respectively, and Dierkes coming in third with 84 votes.