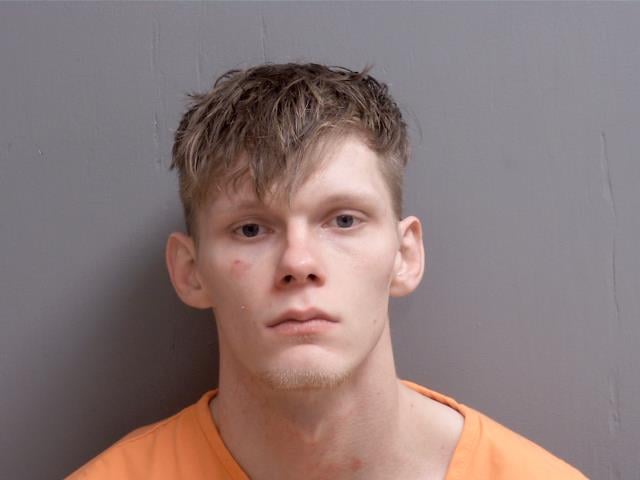 WOODSFIELD — A Monroe County man was arrested last week for the alleged aggravated burglary of a Woodsfield home that resulted in injury of the occupant.

Ethan Lucas, 21, of 310 N. Main St., Woodsfield was arrested by village police with assistance from the Monroe County Sheriff’s Department around 11 a.m. Nov. 26. Law enforcement officers were executing a search warrant at his home following a burglary reported a few hours prior to the arrest.

According to a release from the sheriff’s office, Woodsfield Police Chief Corey Jones requested assistance from sheriff’s detectives at about 8 a.m. Nov. 26, in reference to an incident that occurred earlier that morning.

“The incident consisted of an aggravated burglary within the jurisdiction of Woodsfield. The victim of the burglary was flown to the hospital for life threatening injuries,” Sheriff Charles Black Jr. states in the release.

Search and arrest warrants for Lucas were obtained in connection with the burglary. No additional details regarding the victim’s injuries were released.

“Ethan Lucas was arrested and transported to the Monroe County Jail, where he is currently being housed,” the release notes.

The incident remains under investigation by the Woodsfield Police Department.