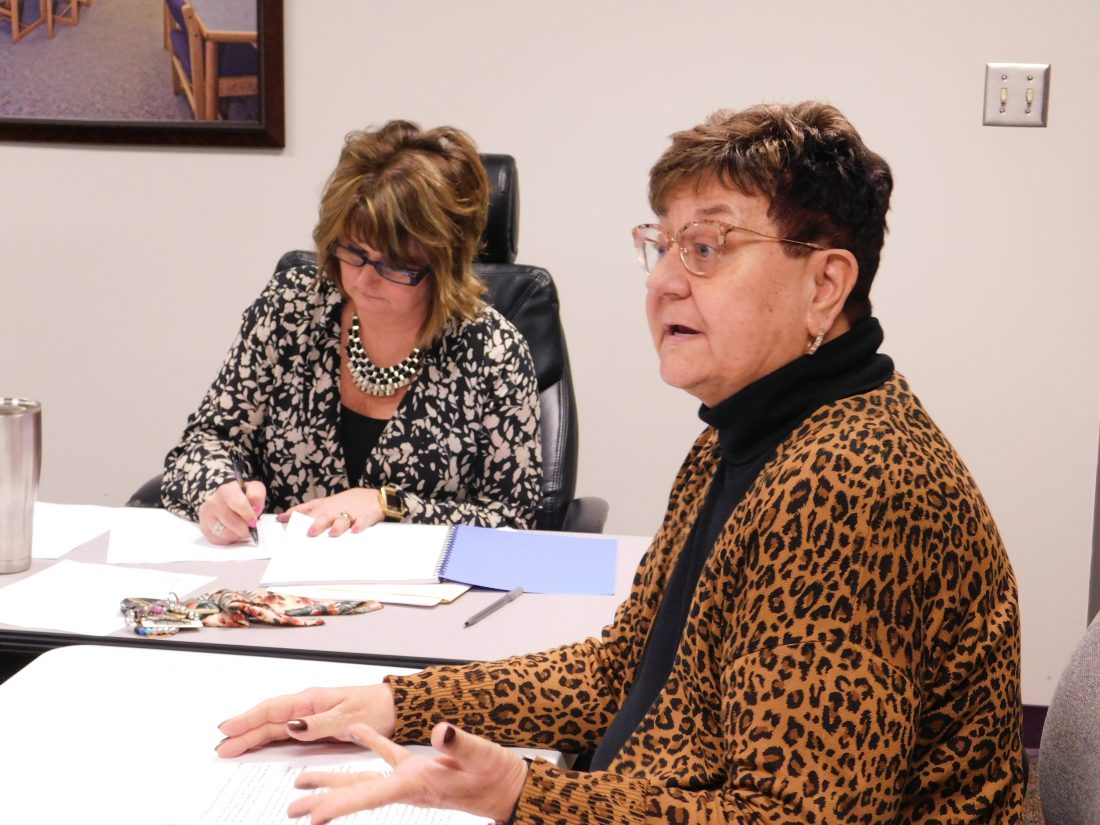 Dorothy Vannest, 21st Century Grant director at the East Central Ohio Educational Service Center, gave an update about the program Tuesday to the city board of education.

“We obtained a 21st Century Grant for Martins Ferry Schools this year. It’s a five-year grant for kids in middle school, fifth grade through eighth grade, and we focus on reading and math,” she said, noting the program launched Sept. 24.

“We do a summer school for the students where we do our field trips also,” she said. “We keep them busy off the streets, and hopefully have their scores come up for the state testing, and grades themselves.”

Vannest said the students are applying themselves using SuccessMaker, software that provides reading and math instruction for students up to the eighth-grade level.

“We’ve had SuccessMaker scores soar,” she said. “I’ve seen the first two nine weeks’ grades. The students have tremendously improved their grades in math and reading. We will know more after they take their state test in March … when those results come in. … I’ve seen students go from a C to an A in math. I’ve seen students go from an F to a C. We’re at mid-terms now for the third nine weeks. … We like to see a year’s growth in students. We’re just in February. I can’t tell you how many have gone past that year’s growth. … Maybe they’re only on a third-grade level if they’re in fifth grade … but they’ve gotten up to that fourth grade level, and that’s what we want to see.”

The program is held 2:30-5 p.m. Mondays through Thursdays.

“We follow through with it in the evening. We work on homework, so the students have all their homework done before they leave,” she said. “We employ two Martins Ferry bus drivers to transport the students home each night.”

The grant also pays for two buses to transport the students home.

“They’ve been in school for seven-and-a-half hours, then another hour and a half they’re doing homework with SuccessMaker,” she said.

The program includes positive youth development such as hosting clubs for the students. These include the Science Technology, Engineering and Math club, art and book clubs, even cooking and sewing clubs. Vannest said students are polled to determine their interests.

In reaching out to possible participants, Vannest said instructors look at students’ grades and test scores and send word to parents inviting students to the program. She said this also benefits economically disadvantaged students.

“Our attendance since September, since we started, is anywhere from 35 to 45 students each night,” she said, adding there are usually 20 students nightly at Bridgeport. Vannest said the funds are split between Martins Ferry and Bridgeport schools as needed, but the greater participation at Martin Ferry often means more money is used for that district.

Vannest said there may be a decline in attendance as athletic seasons begin.

“It seems like the kids make that effort to come. Some come, go to practice, come back. We take them home,” she said.

Four teachers and one aid are on duty each night. Eight teachers in total are involved.

“They are second-to-none. They are awesome,” she said of the instructors. “Your staff goes above and beyond with your kids in the evening, and keep in mind that they’ve taught all day.”

Harrison holds on vs. Ferry