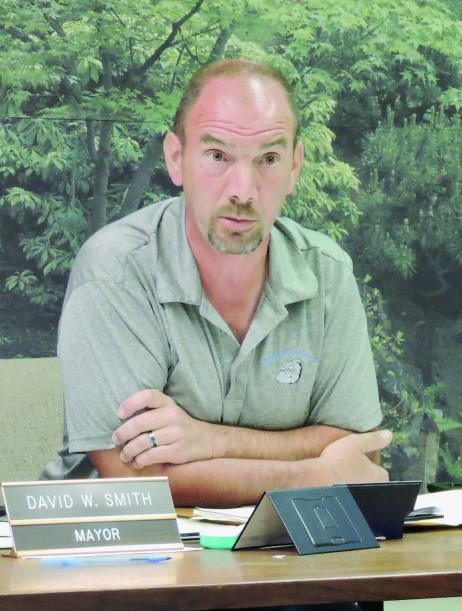 BRIDGEPORT — Bridgeport Mayor David W. Smith relinquished his mayoral duties Tuesday after the Ohio Auditor’s Office announced he is facing charges of tampering with records, theft in office and two counts of conflict of interest.

After Smith’s indictment was announced, Village Solicitor Michael Shaheen said steps are being taken to ensure village business will continue without interruption.

“I spoke to the mayor earlier today. The mayor has relinquished all duties effective immediately,” Shaheen said via text message. “He has not resigned as of this date as these are pending charges and allegations.

“Mr. Smith has not been proven guilty or convicted of any charge as of this date,” Shaheen continued. “The president of council, Marvin Husarik, will assume all necessary duties until further notice. Mayor Smith will of course cooperate on an as-needed basis to assist Mr. Husarik and council so as to assure the daily operations of the village continue uninterrupted.

“Given the newness and sensitivity of the situation, I cannot comment further at this time.”

For his part, Husarik said Tuesday that he was “shocked” to learn of the allegations against Smith. Husarik said he did not know much about the charges other than what he has read in the media. He noted the mayor did recently gave members of council a letter stating that he was going to face a Belmont County grand jury, but no other details were provided at that time.

“It is shocking, but I don’t have any details pertaining to the allegations,” Husarik said.

Between June 2016 and November 2019 while serving in Bridgeport Mayor’s Court, Smith allegedly removed both cash payments and corresponding traffic tickets that were waiting to be processed for his personal gain. The losses to the village allegedly are greater than $20,000.

The misdemeanor charges are related to Smith’s alleged use of an employee of the village to handle his personal errands, including child care and banking while the employee was on village time.

“He has not been suspended. It has to go through the Supreme Court. The chief justice and a panel decide on suspension of officeholders,” she said. “He is the only person who has been pursued on charges. I don’t believe anyone else is involved.”

Smith became mayor of Bridgeport in 2015.

Under Smith’s administration, the village adopted a 1 percent income tax last year. The annual income tax was part of the village’s Financial Recovery Plan. The tax applies to those living or working in Bridgeport and is part of a plan to help get the village out of $768,000 of debt.

Bridgeport Village Council’s next regular meeting is set for 6 p.m. Tuesday at the municipal building.