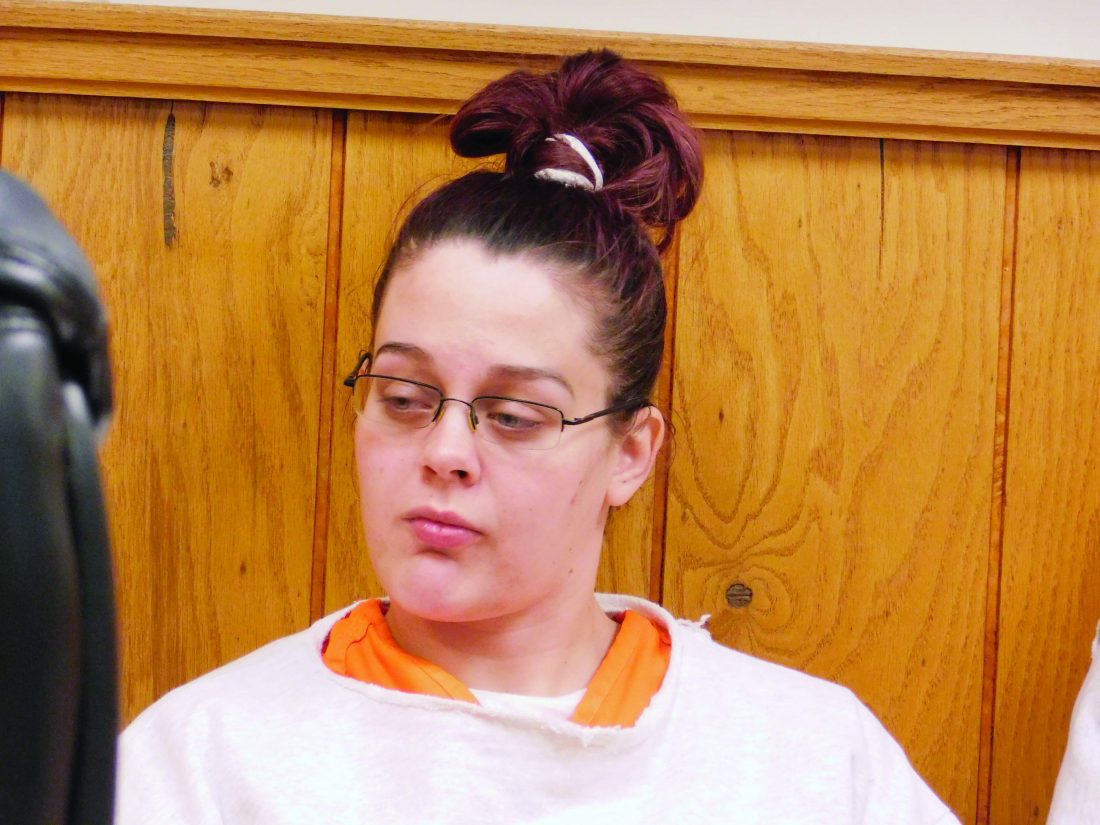 ST. CLAIRSVILLE — Shania Wells was sentenced to a year and a half in jail after admitting to violating her probation by being in a residence with animals.

Wells was convicted of cruelty to animals last year in connection with an incident which resulted in the deaths of multiple animals. An area humane society said more dead and mistreated animals were found at Wells’ residence.

Wells, 22, of 59615 Chestnut Level Road, Belmont, was sentenced in May before Belmont County Western Division Judge Eric Costine for multiple counts of animal cruelty and served 90 days in jail, out of a suspended sentence of 900 days. As part of her sentence, Wells was forbidden from owning animals or being in a residence with animals for five years.

A search warrant was executed on her home Jan. 9 by the humane society, Belmont County Hoof and Paw, and members reportedly found two dead calves, one dead dog, and two badly-neglected dogs.

“The court is very familiar with this situation,” Belmont County Assistant Prosecutor Joseph Vavra said. “In the initial sentencing phase the court issued a very stern sentence but a very fair sentence with strict parameters for what Ms. Wells was to do as a term of probation. She has now admitted she has violated the terms of that probation. Not only does it relate to having animals under her control, but also we now have new crimes related to the abuse of animals. … The state believes a substantial amount of jail time is appropriate.”

Costine had harsh words for Wells.

“It didn’t take me much time to figure out what I’m going to do with you in this situation because it’s so blatant a violation,” he said. “Basically you’ve done double-duty in violations. Not only did you violate my order with regards to having animals, … you permitted the same kind of activity that got you in this court the first time.”

He imposed a sentence on six of the counts. She was given 23 days credit for time served.

Shania Wells’ mother, Kellie Wells, Kellie Wells of the same address, also appeared in court. She is similarly changed with two second-degree misdemeanors and three fifth-degree felonies, all related to animal cruelty, stemming from the same incident as her daughter. Her case was bound over to common pleas and her recognizance bond was continued.