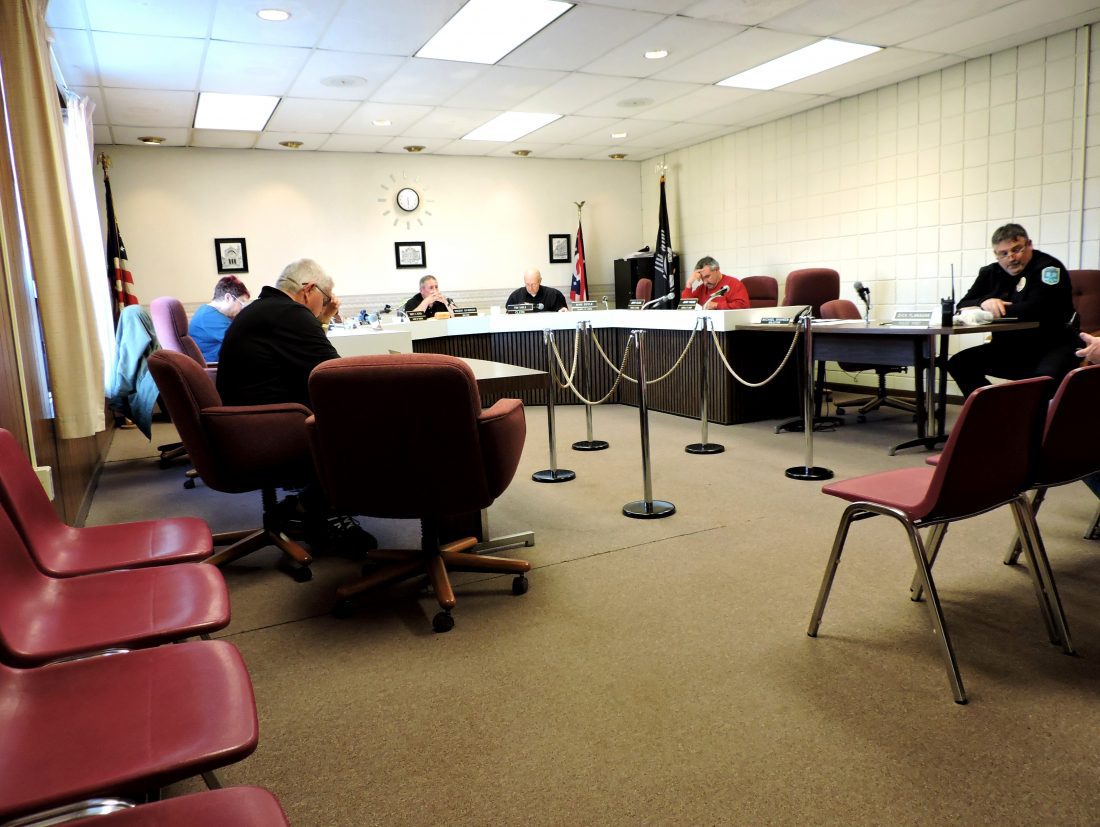 BELLAIRE — Village Council held a regular meeting while trying to keep a good social distance in its chambers at the municipal building on Thursday evening.

To help prevent the potential spread of coronavirus during the meeting, council members spread out in the room as best they could. All members were present with Councilman Jerry Fisher participating from home via speaker phone.

During the meeting, Bellaire Police Chief Dick Flanagan said because of Gov. Mike DeWine’s stay-at-home order related to the coronavirus, instances of crime are down in the village. He said this has given his officers more time to investigate existing cases. He noted his officers are also trying to stay healthy.

“My guys are taking care of themselves,” he said.

Regarding building codes enforcement, Flanagan said the remainder of a structure on 43rd Street that recently caught fire is being cleaned up. Other areas where demolitions have taken place on Trumbull and 41st streets also are being cleaned up by the property owners.

Council also heard the first reading of an ordinance that clarifies who pays the $100 tap fee at a rental property. The person whose name is on the water bill pays the tap fee.

Council also approved hiring three part-time workers for the village as requested by Village Administrator Mike Wallace. He said two of the positions needed filled because two workers were fired for not following village rules. Another was transferred to work at the water department.

Wallace also talked about plans to patch potholes and repave streets. He said he has been communicating with the Ohio Environmental Protection Agency about various issues the village needs to resolve. This includes separation of storm sewers, fixing of catch basins and installation of new manholes. Wallace noted he did have one new manhole installed, but it cost nearly $20,000. He said the village needs to seek grant funding to do more.

Wallace also mentioned a Bellaire native who lives in Illinois recently donated hard hats and other safety gear to the village after learning the items were needed.

Wallace noted he also wants to redo the village’s employee handbook because it is too confusing for some employees to understand.

Wallace also wants to look into a program with American Electric Power to have the village’s lights changed to LEDs. He said while on the Bellaire Local Schools Board of Education, LEDs were installed and saved the district thousands of dollars on its bill every month.

“In essence, the program would pay for itself,” Wallace said.