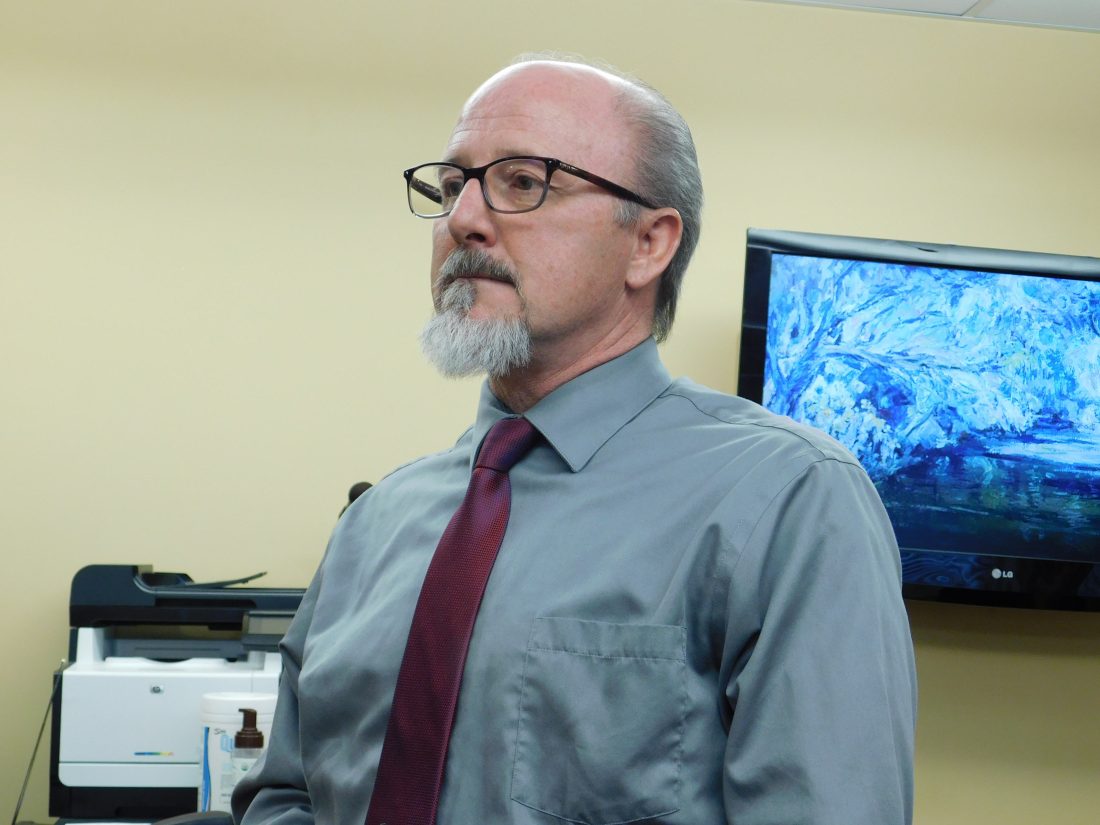 On Tuesday, Sproul had reported two new cases, bringing the total number of positives to 25 with eight patients recovered. On Wednesday morning, Sproul had fresh news.

“When I left the office (this morning) we had five brand-new cases, so we’re up to 30 now and so we’ve got to do all the contact tracing on those people,” he said.

Later that day, he said the new cases included three men and two women in their 20s, 40s and 50s, all of whom were on contact lists of other currently infected people.

Afterward, he confirmed via text that the number of cases in Belmont County is now 32 with nine recovered, but he could not provide more information. His office said he had been in meetings and conference calls through most of the day.

During his morning presentation to the commissioners, Sproul said state and national sources predict the virus will begin peaking this week and beyond. He is seeing more cases while his office remains staffed by half the employees in an effort to prevent the spread.

This week, Sproul also reported Belmont County’s first coronavirus-related death, that of a man in his 90s with underlying medical issues.

“We’re not immune. It’s happening all over the country and it was only a matter of time,” he said.

A total of five positive cases in the county have been hospitalized, an increase of one from Tuesday.

The commissioners posed several questions, inquiring about the process for someone wishing to be tested for the virus. Sproul said there are testing options in the county. Sproul said the Ohio Department of Health requires people who fear they have the disease to show symptoms. Private labs will test someone if their doctor writes an order and they show symptoms.

“Over 300 tests have been completed so far for Belmont County residents,” Sproul said. “They’re saying these next two weeks are going to be the uptick. The peak would actually be, we’re figuring, late April to the middle of May … then we’ll drop off. … We may plateau and go at a level, then we drop off.”

In terms of receiving test results, Sproul said there is still a delay in receiving information from private labs.

“When these numbers come in, we have to take the time to sift through, to call these people, find out who their contacts are, then get information for those contacts and contact the contacts,” he said.

His office has also spoken with religious groups about how to maintain social distancing during the coming Easter holiday Sunday.

“A lot of the churches have been calling us about how they’re going to do services. A lot of them have found some innovative things, having people stay in cars,” he said. “They’re doing videos. They’re doing a lot of things.”